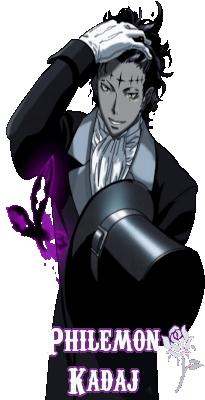 Overview: Slayers are mages which have been gifted control over an element (or potentially a concept) from a dragon, god, demon, or some other aspect or being. This can include both learning it directly from the being in question or through a lacrima left behind by a being. There are several different types, generations, and versions of Slayers. Details on every possible type of Slayer Magic can be found below the following benefits for Slayer Magic. Note that Slayer Magic cannot be freely created on FTRP. In order to obtain Slayer Magic, one may register to use it in this or can use a Slayer Lacrima in order to obtain it.


Second Generation: These Slayers have learned the magic from a lacrima produced by the Dragon/God/Demon of their respective element.

Description:
The lacrima looks like a glass lens with tiny rainbow glass beads inside. It fits in the palm of the average person’s hand and is smooth.

History:
A powerful wizard from a kingdom in a country far away crafted a beautiful kaleidoscope for the daughter of the King. Because it rained so heavily in these lands, the sickly princess could hardly leave the sullen gray walls of the castle, and she suffered greatly. The wizard thought if he used his talents to make such an item that produced its own light as well as offered all the colors and beauty that the outside world could offer, she would become happy again. For a while, she was indeed happy, But as she grew up and her health improved, she had no need for it anymore and handed it off to a random child. It was roughly passed around and it broke from wear, but the lens itself would never shatter. The old wizard’s magic had been stronger than intended and created a lacrima! No one knew, though, so it has been bought, sold, and traded for years until its true power was finally discovered.

Lineage:
Name: Gold flames of Amatsu
Description: Amaterasu, the god of the sun was known to visit the mortal realm once in every lunar eclipse. He transforms into the shape of a youthful man so he can roam the land that he only sees from above. However, on one of his descents into the mortal plane, he falls madly in love with a beautiful young woman. He woos her and tried to get her attention but the maiden was vowed to be a priestess of his sister's temple Tsukuyomi. His absence in the heavenly realm caused the temperature to drop and snow fell for the first time. The maiden prayed to the goddess and she was heard. The goddess appearing as a crow told her everything. Not wanting to cause any more hardship to her people, she agreed to Amaterasu's proposal, on the condition that he has to go back their realm and he can only visit and stay for 3 weeks each year. Tales has it that his descendant posses power to create a very hot and searing flame.

Name: Swarm
Rank: D
Category: Offensive Single Target
Duration: Instant
Description: A small cluster of butterflies swarm from their wielder, chasing down an enemy to land a bit of damage. The butterflies track their foes, and despite being a swarm only count as a single spell.

Name: Castaway
Rank: D
Category: Offensive Area of Affect
Duration: Instant
Description: With a wave of the hand, a fan of butterflies burst out to nearby enemies in a cone. The butterflies deal damage, but also knock back enemies caught in the area of affect a short distance.

Name: Swarm Staccato
Rank: C
Category: Offensive Multi-Target
Duration: Instant
Description: With a wave of the hand, five swarms of butterflies launch out and seek out their target(s), swarming out to deal damage. The swarms track their specified target or targets, dealing a small amount of damage each.

Name: Backdraft
Rank: C
Category: Offensive Burst
Duration: Instant
Description: With a clap of the hands, a burst of butterflies swarm out in a cone from the user, splashing over enemies caught in the area while allowing the user to launch himself backwards a short distance.

Name: Swarm Shroud
Rank: C
Category: Area of Effect Auxilory
Duration: Up to 5 turns.
Description: In a small area around the wielder, butterflies will swarm around them and take on a reflective property, altering the light around them to cause a cataloguing effect and hide those within the area.

B-Rank Spells:
Name: Swarmshock
Rank: B
Category: Offensive Singletarget
Duration: Instant
Description: A more impactful variant of the swarm spell, a much larger and powerful swarm of butterflies swarming towards their intended target. While this one does not track like the weaker variant, it strikes faster and harder.