Take Down the Bloodthirsty Criminal -- Extend! A New Possibility Emerges! 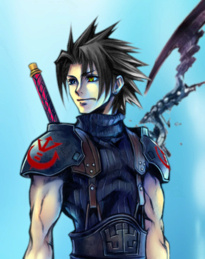 Take Down the Bloodthirsty Criminal -- Extend! A New Possibility Emerges!

Main street was beautiful in Hargeon Town. The city center was positively bustling with life, whether it be from merchants running stands for passerby, or just the foot traffic itself. The port town was certainly not lacking in its multi-story buildings, that was for sure. Almost everything in this part of town was surely elevated to deal with flood threats.

Char was, unfortunately, learning that the hard way. What started as a “gotcha!” moment quickly turned into a rooftop chase as the man known as “the Hargeon butcher” took to jumping out of his second story balcony and onto the roof. As soon as he saw this, Char knew he was in for a wild ride. Firstly, the posting he took as he was just blowing by was authored by local authorities and said nothing about a mage. He genuinely doubted the police were lying to him. So, they either had their info wrong, or this wanted murderer had just done that through sheer strength alone.

Either way, Char was getting a run for his money.

“Would it be too much to ask for you to SLOW DOWN!?” Char had been heckling this guy non-stop, too as they leaped from rooftop to rooftop. He hadn’t given in and fired back, which was yet another testament to his immense willpower. Actually, he hadn’t said a word since him and the young bounty hunter had locked eyes. Char was clearly getting frustrated. Morbid as it was, one of the things he enjoyed the most from this sort of work was the banter.

The guy slipped on a few loose shingles, sending them falling down to the crowd below, alerting everyone to the two’s presence.

Annnnnnd there’s my in. Char thought, relieved. Thinking fast, the young lad jumped immediately into a roll forward, then he threw his legs out front, intentionally taking his footing away from himself. He could feel the heat of the ethernano welling up inside of him, which ebbed in time with its release from the confines of his body. The hot burst of wind it created stuck to him as per his request, showing itself as several white motes of power that slipped off of the contours of his form.
The large man looked over his shoulder just in time to see Char performing the longest baseball slide in history, gliding along the surface of the roof like it was nothing, and barreling at the criminal left foot first. The man readied his meat cleaver just as Char reached him. The lad reached his hands over his head, dug them into the tile, and hauled himself up from the sliding position.

Not really sure how much better I’ll fare here—” Char throttled the neck of his staff, but not before the butcher took a swing at him. Whoa, whoa, whoa, whoa! Char put his other hand out in front of the blade’s path and let the magic power once again build up into it. A bolt of electricity arced out from its palm and a bright, burning field of energy wrapped around it. Then, just as the knife was about to cut into it, a spray of several multi-colored spiraling balls of light blasted out from Char’s radiant hand. The balls scarred the roof on impact as they crackled like fireworks, creating quite the display for onlookers.

Re: Take Down the Bloodthirsty Criminal -- Extend! A New Possibility Emerges!

Char, clearly just scrambling to keep himself alive, quickly ceased the blast right as it caused his hand to veer away from the weapon. However, the man’s arm had only been knocked back slightly thanks to his incredible strength. The criminal redoubled his effort, sending the knife right back at Char, who managed to bring out his staff to catch it this time.

The blade’s edge screeched against the metal of the rod and the overwhelming power of his assailant nearly caused Char’s wrist to shatter, even when it was braced using the staff. So strong was the blunt power of this attack, that the criminal was able to pivot Char behind him as their weapons locked, leaving the lad with his back to the roof.

“Why the hell did God make you so strong, big guy!?” Char screamed through pants. “And while I’m asking: what do I have to do to convince you to lay off the fucking mutilation!?”

The only thing the man did in response was smile.

I’ve about had it with this guy… Well, you know what they say: If you can’t beat ‘em, cheat ‘em. Try not to blink, dumbass! Char opened his right eye wide. Its red iris lit up in a blinding flash, which successfully blinded Char’s foe for a split second. But Char knew better than to take direct advantage of the opportunity created by this initial burst. He stanced up and held his ground, seemingly readying his staff to take another blow.

The man raised his knife once more, but, suddenly, his line of sight blurred and his center of balance faltered. He felt sick. Char smiled devilishly, charging in as the man unwittingly dropped his weapon, letting his hands fall to his sides as he swayed drunkenly.

“Say goodbye!” Char put the head of his staff up against the man’s exposed pec. Just a small one; I can’t afford to kill this guy. The electricity coiled around the target of his next spell expectantly. Then, just as he was ready to fire, Char noticed the man’s fist in his peripheral. Oh shit!

He couldn’t get the blast off in time, he sure as hell couldn’t raise his defenses in time to stop the massive left hook, and the guy was already under the effects of Witch Flash. Char was screwed, to say the least. The impact of the blow reverberated across Char’s roguish visage, slamming into the lad with monster truck force. He went plain flying off the building’s edge, garnering several gasps from the group of people that had gathered to view the spectacle. Char hardly had the time or patience to pay them any mind.

Re: Take Down the Bloodthirsty Criminal -- Extend! A New Possibility Emerges!

He doesn’t need fine motor functions to hit me with all the force of a dumptruck! Why the hell did I think the knife was doing the work when this guy was all instinct anyway!? Char looked down, he could see the ground fast approaching and no one dared to get under him to attempt a catch.

Son of a bitch. Time felt like it came to a crawl, as Char quickly gauged the distance between him and the ground, and then him and the roof’s ledge. I’m too far down for a Realm Beamer to give me the height I need, and it’s not a big enough shift in momentum to slow my fall completely, even if I time it right… Glide Raid wouldn’t slow me down, either, just remove the friction in it all… He unconsciously tightened his grip on his mother’s staff. New trick it is, then! Things sped up again as he faced the building, praying for a window to pass him. Thankfully, the second story of whatever he just fell off of met his rescue’s demand swiftly.

He pointed the bottom of his staff straight at an unsuspecting windowpane and screamed, “Please, extend!” Surprisingly, as he poured mana into it, the ferrule rapidly grew in length so quickly it shattered the glass. It didn’t stop until it hit the wall of the building behind it. As soon as Char fell below the window, he gripped the staff tightly; the end of it tipped and slammed into the ceiling, screwing up the glass further, but it held. Thinking even quicker, Char used the rod’s newfound stability and his preexisting momentum to swing himself up, completely redirecting his fall into a flight upwards! He retracted the staff back about as fast as it had grown.

As soon as he recovered, the criminal ran up to the end of the roof out of some intuitive obligation to inspect his handiwork. What he found was a battered and angry Char soaring right up at him. Taking the head of his staff and choking up, Char brought it in towards himself just as he reached the man, hooking it straight into the enemy of the state’s chin with great enough force to knock him upward off his feet. The lad didn’t stop there, though, he still had momentum enough to get as high as a whole story above the rooftop villain.

From this perspective, it was that much easier to aim his next attack.

"Take this! Please, extend!” He said, carefully aiming the end of his rod at the still-flying convict, almost as if he had a rifle in his hands. The ferrule ripped through the air and reached its target with startling speed, extending into his poor chin and sandwiching it between the rod and roof. Char was pleased to see a few teeth come flying out with a spurt of blood as the light faded from the man’s eyes. “Hah!” He brought the rod back to its normal size and let gravity do the rest.

That is, until he almost didn’t manage to grab the ledge of the roof as he fell past it again. Char scrambled and panicked, thankfully managing to send out a significant enough blast of those same fireworks to propel him the extra distance he needed. He did a little roll to break his fall. Then, he dusted himself off and dropped onto his rear for a much-needed moment of rest.

“Hah. I wonder: why don’t more men try asking nicely...?” He paused for a second at his cheesy joke and then started laughing. There was a little bit of hysteria to it, on account of him just almost dying. “Maybe this thing isn’t so bad after all!” He held up the staff to the sky, giving a cursory view at its enigmatic core of floating matter. Then, he looked back at the criminal.

The guy was knocked out.

Well, I guess there’s nothing left to do, outside of tying him up and hauling him back… Char’s eyes went wide. Shit, how the hell am I gonna get him down?

It was then that he heard the crowd cheering, the tunnel vision from his adrenaline wearing off.

“Hey! Someone down there: get the fire department!!!”