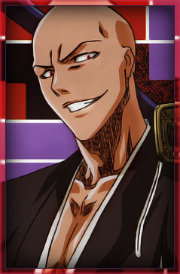 This is a caster gauntlets and greaves set. It's pretty medium armor, not super mobile, but plenty of space for runes and it's good protection. They are made out of an unknown metal. The dominant color of the set is matte black with blood red pulsating from the runes. Caster mages are actually the long range specialists, just using their gauntlets, they can unleash really powerful range attacks. But that is not how Shadow uses them no, he's more of an up close and personal type. The reason why mages carve runes into their gauntlets is because you need to channel your energy through the gauntlet to cast the energy out of your hand. As the spell leaves your hand, there's some residual energy left behind from each cast. The metal in the gauntlet absorbs this residual energy and is funneled into the runes. So runes on a gauntlet are your favorite spells you want to cast over and over again, because every time you cast they recharge a little bit.
Strengths:

Weaknesses:
- Can not be used to project shields or beams if the wielder has no magical power at the time.
- Can not project ranged weapons.
- Without a projected item, it's range is as long as the limbs of its wielder.
Abilities:

Name: Abaddon's might
Rank: D
Type: Passive,Fire
Description: This is Abaddon's main ability, to allow the user to shape their magical energy into whatever they like(that has the fire element in it). It can generally be used to do anything, though Shadow mostly uses it to create shields and barriers. Which can block attacks equal to and lower than the spell power off the user. But are very costly each successful block costs the user 1% off his magical energy and if the shields/bariers are destroyed the user looses 15% of his magical energy. And for each post the shield/barrier stays up the user looses 1% of their magical energy.
Strengths:
- Great for adding an element of surprise to a fight, as it leaves the enemy guessing what kind of trick shadow might surprise him with.
- The projected shields have the same spell power as Shadow himself.
- Since part of Abaddon's set are greaves, it means that Shadow can also project from his feet, making kicks far more interesting.

Weaknesses:
- Ranged weapons like bows or guns can not be projected and throwable weapons are useless, since projections can not be detached from the gauntlet/greaves that they were made with.
- If a projected shield/barrier is broken,the spell is put on a 4 post cool-down, meaning that for that duration no projections are possible and the user looses a heck of  a lot mana.
-Cannot create anything that doesen't contain the fire element.

Duration: None/Passive.
Cool-down: None/4 posts if a projection is destroyed. 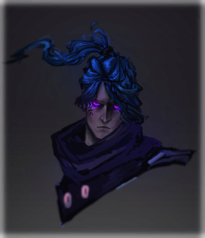 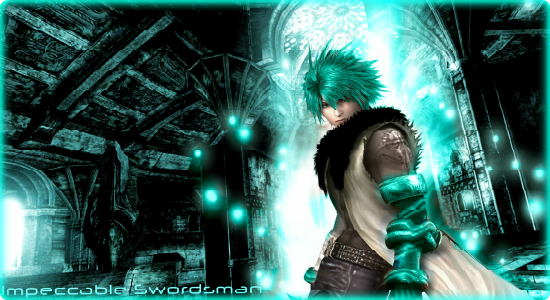