[Introduction]: Time for a New Start!

[Introduction]: Time for a New Start! 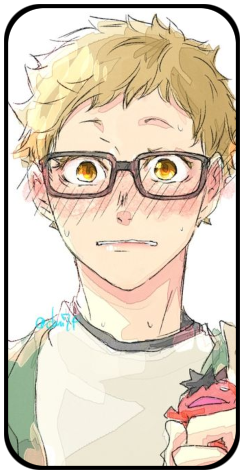 The sun started to rise over the horizon, painting the sky with a myriad of beautiful colors. Nicolas yawned and tried to rub the tiredness out of his eyes, as he pulled the blanket off and slid out of the green sleeping bag. He was new to this country, and currently, he did not have a place to stay nor did he have the money to find somewhere to stay. When he left him, Nicolas honestly just grabbed whatever jewels he could fit in his coin pursue, and then darted out of his father’s keep as soon as the guards changed their shift. Most of the jewels he had taken with him was spent on travel expenses and some food, and well, what little he could spare Nicolas used to get him a tent, sleeping bag, and blankets. The young former prince changed out of his pajamas, (which yes, he did bring his pjs), and dressed in his more formal attire, which right now, only consisted of a nice pair of black slacks, a white buttoned tunic with ruffled sleeves, a crimson red cloak, and brown rider shoes. This was not his actual formal attire; the outfit was simply the only thing that he had close to what was considered formal.

Nicolas had left his home in Ca-Elum to start a new life in Fiorie, namely, Nicolas wanted to join a guild so that he could be a part of a family or well, another family. He also felt like a guild would simply be the easiest way to make friends and connections within a new world, and an easy way to make a good difference on the world; plus, he had heard various tails and stories about how amazing the guilds of Fiorie are and wanted to be a part of that hype and coolness. As an added benefit to joining a guild, Nicolas would get to meet other mages, and see some cool magic! There was literally no reason why he should join a guild or well, at least no reason that he could think of at this moment in time. When he came to Fiorie, the first thing that he did was asking around about the different guilds. A lot of people gave him different answers, one man simply shoved a Sorcerer’s magazine in his face and told him to shut up. In that magazine, Nicolas read about a guild named Meliora Vitae.

The guild sounded like the perfect place for him to call a new home, and for that reason, Nicolas sat his sights on discovering one of the docks that the unique magical ship used. With that mission in mind, Nicolas dismantled his little camping area, and sat out for the dock that he had managed to locate. After an hour or two of travel, Nicolas finally managed to locate the dock; which above it hovered the massive Airship that made up the Meliora Vitae’s guild hall. Excited, Nicolas started to jump up and down while waving his arms in the air, as he yelled “Hey!!!! Can anyone here me?” followed by “Can I come aboard!” He doubted that anyone could hear him, but he did not want to be rude and teleport on the ship without permission. “Please!”

» A Fresh Start (Open Introduction)
» Start of a new life, start of a new goal.
» The Olympians in: Night time, scare time!
» For The First Time In My Entire Life, Time Is Limited
» An Icy Start