"Finally, the day had come," Tony announced to himself, standing outside of the headquarters of the Rune Knights' headquarters. "Tony Altaria, private eye and detective extraordinaire, had received the wonderful new. The Rune Knights had been hiring. The detective wunderkind had put all of his stock into this moment. A simple thought came to his mind. 'What if I were a top tier detective in the Rune Knights?' A simple but grand thought. Of course, the son of a former Rune Knight could not just be allowed in by nepotism. He had to earn his way in."

"His sister thought he was strange for constantly speaking his internal thoughts," Britney said with rolled eyes.

"A meaningless distraction. Tony knew that he would be better off with allies. He had requested assistance from his younger sister. Britney Altaria, recently graduated from a university in Era for economics. Had many job offers for offices throughout the country, but she had yet another calling: a chosen voice coming to her mind. She, like her brother, had the same parents. A father in the force some years prior. It was a perfect distraction. A perfect way to try to burst out of the mold of mediocrity and the average humdrum of everyday life."

Britney rolled her eyes, taking her suitcase and rolling into the building, Tony following suit.

"Of course, the two of them always knew they were special. They had their own talents, their own skills and trades. Tony, of course, had his work prior as a detective, as well as the mysterious camera he found in the trash during one of his investigations. Britney, of course, had the more interesting power. A magic lacrima, one unlike any other. A dragon's former lacrima, one that could grant any element, but in limited power. Their mother had granted it to her as a birthday present, refusing to say where she got it from."

"The mystery of the lacrima would forever elude the two of them as they stood in the center of the headquarters, waiting to see who would arrive." 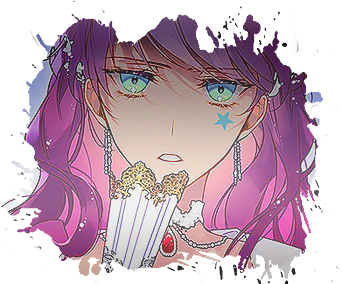 A curious thing emerged; an all but regal wave of the hand and a leisurely movement of the feet caused a semi-widespread explosion of hacking and sneezing to ensue; any respective dust particle poured out from every available crevice, every possible opening and assembled obediently beside a woman that stood tall, dressed in nothing but an old tee-shirt and navy-blue gym shorts. She wasn’t against wearing a uniform, but when it came to cleaning --- well. Then came a silence that did not go unappreciated; that very same woman from before suddenly combusted in a wave of psychedelic colors, carrying with her all of the facility’s collective dust as she busted through the halls like the accident love-child of a bag of dirt and a fat flying rainbow.

All her magical efforts were directed towards the grand entrance. Nothing took up her concentration quite so much like sliding through the thinnest of openings, just compacting her already powdery frame for something like that was difficult enough. The speed of the flight was faster than her ability to predict the right time to ‘squeeze in’ as she crashed violently into the door with a resounding ‘thud’.

Looking rather like a bird having been downright fooled by a polished window, fragments of herself were scattered about in a massive sandy heap. “If you fall,” groaned the pathetic mass in a flat tone, evidently in a lot of pain, “I’ll be there,  said the almighty floor.”


Ugh-ing, nearly unable to move, as she looked to the door she smacked into once before. Her blue eyes, tinged with a bit of green, reluctantly drank in the mess around her; she sighed and opened it up the old-fashioned way. Not expecting two perfectly new faces for the integration process, she appeared disfigured as she wasn’t entirely her solid human self. The door remained parted, the entrance in terrible disarray. These two had been waiting since goodness knows how long for one thing: to be swept away by a positive, straight-laced, and inspiring authority figure -- be it her seniors. That just wasn’t in the book of newly self-demoted Janitor Vera-Jayne Walden.

Before she could excuse herself, the large dust mound watched as the narrator personified annoyed a young, sensible woman on the way here. “It was then,” she began dramatically, “Vera-Jayne Walden, head of cleaning services, saw two starry-eyed dreamers flying on the wings of a pretty, pretty dream. It made her actually want to believe in this bleak, cruel, and desolate little world. No dust particle left behind. How precious!”

With that being said, the dust mage quickly cleared her mess and cast it out into the open air. Not in their general direction, of course, as she was considerate enough not to put them through a coughing fit on their possible first day. Appearing more and more like herself, she smiled visibly. “Tony. Britney. Hi, hello, good morning. I’ll be your guide for today. So,” she said, not unkindly but still entirely not at all interested in knowing too much about their lives, “tell me a little about yourselves.”

Vera-Jayne tuned in as the girl delivered her own dose of reality: "Nope. Mom told us." As she thought about that, the violette found it strange how siblings would join such a faction together and not expect to lose each other.  It wasn’t anything new, but it always seemed like a bittersweet deal. Not wanting to think like that anymore, she forced a tiny laugh.

“I’m getting a whole life story. What did I do to deserve such an honor?” half-joked the inexperienced general, keeping things light and playful as she proceeded to give a very on-the-surface tour. 
"I'm sorry about Tony," Britney apologized to the woman who came to lead them around. "He's always been-"

"Vera-Jayne Walden, she called herself..." Tony began, much to Britney's annoyance. "An eccentric woman, even from the get go. Regardless of what the woman said or what she looked like, the woman was, without a doubt, a member of the Rune Knights. He had read exploits of some of the members of the force, yet he was not fully acquainted with any of them, only reading the reports in passing."

"Tony, you're going to..." Britney began before sighing. "Never mind. She's as weird as you."

"Weird. A harsh word for the plucky assistant to say. She knew there were other words to be used that perhaps were more apt for the certain mindset both Tony and the purple haired woman who called herself Vera had. Nonetheless, Tony knew that he needed to properly introduce himself." Tony stepped forwards, saluting. "Tony Altaria. This is my sister, Britney Altaria. Our father, Samuel Altaria, served on the force some fifteen years ago." He lowered his salute as Britney stepped forwards, but before Britney could say anything, Tony's narration continued. "A simple introduction was for the best, Tony knew. He was arriving to the force with little but a failing detective firm and a little bit of combat know-how, though he already knew that Britney was the primary combatant between the two of them. He needed to make a good first impression if he was to get anywhere on the force."

"In more serious matters, it's a pleasure to meet you, Miss Walden."

"A strange nostalgia began to fill Tony's mind. A rainy day, when the boy was only a tyke, maybe six or seven."

"I assume you'll be helping us around?"

"His father had brought him into the headquarters. A 'bring your child to work day,' that was the occasion."

"I'm not sure if we need to do anything else to actually join the Knights, but if there is anything that we need to do, we'd be glad to help out."

"The kid knew from the very moment that he stepped into his father's workplace that this was what he wanted to do. I mean, what kid wouldn't want to work for the famous Rune Knights? Every kid in Era had that as a dream at some point."

Britney sighed and walked over to Tony, who had begun pacing around around the beginning of his narration. "Even as the reminiscing took over Tony's mind, he knew that his sister was going through more important things at the moment. If he did not pay attention, that dream may have crumbled."

Tony's pacing immediately stopped and he turned on his heels, now looking at Vera. "Crumbled like a sandcastle weathering the waves of the beaches or a cracker in the mouth of a boy sitting around the campfire. Yes, Tony knew that there would be time for reminiscing later. The present was at hand, and he knew that impressions were always meant to impress. He went over to speak to the woman who had introduced herself to them, seeing what knowledge he could ascertain from her." He took a few meaningful steps over to her, stopping only a few feet away from her. "Very well, Miss Walden. I suppose I should go over some more introductions, since you seem to be intrigued." He immediately stepped away, going back into another narrating monologue. "Such intrigue at something as simple as a life story. It was a commonplace thing, especially when just given without the prior knowledge of the one being given the story. Of course, Tony lamented in that his story was fairly uninteresting, but he decided that he needed to tell her anyways."

Britney shook her head. "I don't know what you did to be cursed with Tony doing... THIS, but just...just try to ignore him, honestly. He's smart but..." She turned to Tony, who was still monologuing. "Weird is an understatement. Please, if you have anything you need to do with us, I would be glad to join. I can get Tony to come along too, if need be."

So she walked ahead of the vocal siblings, rather thoughtfully, head tilted slightly, her steps slow and eased into the conversation once more as she might have heard the discomfort returning to the young woman’s voice —she seemed to be apologizing for something trivial.

Further on Vera-Jayne was starting to understand why, keeping the hair out of her eyes, as he detailed his innermost musings of her. She was described as eccentric, a member of the Rune Knights regardless of what she said or what she looked like; she raised an eyebrow, she blinked twice, and then she realized he quite made her feel like she was a sort of protagonist in the movie that was her dreary life.