What The Hell Is A Passport? 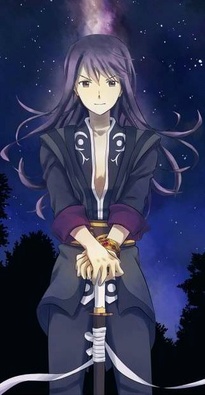 What The Hell Is A Passport?

“I can’t believe you were able to travel that long and not renew your passport!” Someone in a bar said to Silver as he was chatting them up, to which Silver responded “What the hell is a passport?”

It was then the swordsman found out he had probably been travelling illegally this entire time.  Well shit. So, he needed documentation to legally enter other countries as a citizen of Fiore? How the hell was he supposed to know that at 15? Nobody had ever asked for documentation before while he was abroad. Ok, well sometimes they had but t was usually to see if he was a legal citizen of that country, and usually the person asking dropped the subject of paperwork when he told them he was travelling.  Would that have made him an illegal immigrant (alien) while he was abroad? Trespasser? Country jumper? There had to be a word for it but hell if Silver knew. That being said the swordsman figured that it was high time for him to not be an illegal whatever-you-call-it and get his damn passport. He had just finished his little shindig with Noir -wait, Maddox – and the good Doctor Faustein to get his sweet new robo limbs (that he was honestly super skeptical about despite this doctor supposedly being one of the greatest minds in the world who was a perfectionist about everything he made(also it turns out they knew each other in the past, huh)) and was on the next train to Hargeon Town.

So, 20-years-old and about to do some goddamn adult paperwork, Silver stepped off the train and into the town that looked like it had been destroyed and rebuilt several times since he left. Neat. Not as bad as some cities with big mage guilds in them (didn’t Sabretooth’s Ace of Spades get a castle dopped on them?) but still something to note. The note is that if he ever got a house here to ensure the hell out of it (and wasn’t that a funny thought, Silver the vagrant extraordinaire settling down) in case of any, what, leviathan attacks? Was that the sea creatures that went for port towns? Or was it pirates? Anyways, off to the passport canter Silver goooooo’s~!

‘Screw the passport center.’ Silver couldn’t help but think two hours later. Supposedly most mages could walk in and walk out with their passports within minutes. But not Silver noooooo. Why, you ask? Well, it’s because soon after leaving Fiore he had been reported missing, probably because he was technically still a minor within the care system at the time, and declared dead a few years later. DEAD. So instead of the easy job, it was supposed to be, Silver spends way longer doing something he hated, paperwork, while a bunch of paper pushers hovered around him. Supposedly helping someone became legally alive again was the most interesting thing that happened to them in months.

Thankfully after a total of FOUR hours, Silver managed to not only leave with a new passport, but paperwork telling the legal world of Fiore just how alive and kicking he was.

STATISTICS
HP: x/y
MP: x/y
Spells Used: none
Abilities Active: none
Weapons Equipped: none
Monsters Killed: none
Other Notes: none