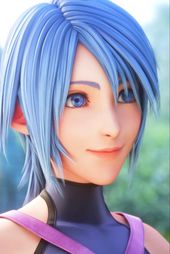 Octavia would the walking down the path on my way to the next town over do a job, she had been asked to perform something in the center of town to help draw people to a local Tavern that was opening up, it was an a glamorous job until she got to show off her skills she would happily do. As she walked on the path to me lately playing a violin that she had made out of an illusion but the sound would still replicate what she would play so she would still be able to get her practice in. She wasn't too worried about drawing attention to herself as she was capable of protecting herself and in this area of the world there wasn't anything too dangerous tell me something that she's heard of. She would hum a tune as she walked way down the path, she didn't like idea of teleporting around guaranteed to see things when you teleported she always felt whenever she got teleported somewhere she miss something, like an experience that she wouldn't have had if she had gotten teleported somewhere. It was fine if you were in a hurry I suppose, however she was in no such hurry today she still had a couple days before she had to get there self was all good in her book turn. And today was one of those instances where if she has teleported to the town she would have missed something.  Walking down the road someone else was walking, not just someone though someone she definitely recognize them.  The Wizard Saint of Courage, Leona. Well never having met them personally what kind of bars would she be if she hadn't heard tales and stories about her efforts across the country, of her heroism in the likes.  Yet here she was..she had to meet them...as she aspired to be like her...well not like her exactly but a Saint and such, someone who is well known and is a hero.  She took a breath telling her to not freak out or be so...abrasive.  As she got closer she gave a wave. "Hello...correct me if I'm wrong...but your Leona the Wizard Saint right…" she knew it was but she found this a better approach then fan girlish over her.  She would wait for her answer as she stood an appropriate distance from her, the violin still in her hand, was it shaking...maybe...she needed to keep her cool for now.

-On the road to Clover Town-

Wearing her blue, white, and gold outfit with black bike shorts underneath the skirt, Argent Gloves on her hands, and Ses Revanche concealed in her right boot, Leona was on her way to Clover Town for the first time in a little over two years. She wanted to do something different besides sit around Silver Wolf Guild Hall all day. She also wanted to take her mind off of her recent mission to Fat Monsterland, where she was tasked with varying objectives based on what she encountered in the area. Her mission was to rescue a research team sent by Crocus Magicka University, but since the department head who was her client realized that the team may or may not be dead by the time the Wizard Saint got to her destination, she was given instructions for different scenarios.

If any members of the team were still alive, her job was to escort them back to Crocus Magicka University. If they were dead, she was to collect any research materials and take them back to the university. If they were dead and reanimated, she was to kill the zombified team and collect any research materials for transport back to the university plus their university identification cards so that their next of kin could be notified about what had happened to them.

Leona and PG-13 fought their way into Fat Monsterland and came across the zombiefied researchers and their assistants at different points in the trip. After fighting through multiple hordes of zombies the pair eventually came across the university research team's camp and found it deserted in the middle of being set up. A thorough investigation of the camp turned up no research notes and no defensive weapons in the team's supplies. It looked like the researchers and their assistants had panicked and fled at the first sight of zombies, something which she could not blame them for since they had no weapons with which to defend themselves.

They had no weapons with which to defend themselves.

Whenever Leona thought of the mission her thoughts inevitably turned to that fact. She had thought about that over and over until she just could not let it go. Why would the university send a research team in a known danger zone without weapons or an escort of people who had weapons?

Leona then recalled the reaction of the university department head when she reported her findings and turned over the ID cards and other identifying items of the researchers and their assistants. She vividly recalled him speaking calmly about "the cost of research" when he was concluding their meeting. He did not seem awfully concerned about the fate of the research team, which when combined with the lack of surprise on his part and the lack of protection for the research team led Leona to come up with a grim hypothesis.

The research team had been deliberately set up to fail.

Leona's thoughts on that subject were interrupted when she spotted a blue-haired young woman wearing dark clothing, carrying a violin, and standing just a few inches taller than the Wizard Saint approached her and stopped at a respectful distance. Leona set those dark thoughts aside and did her best to put on a cheerful face for the young woman. The blonde recalled that the other young woman had asked if she was Leona the Wizard Saint.

"Yes. I'm Leona Jarnefeldt, the Wizard Saint of Courage." Leona replied to the young woman and gave a small smile.

Octavia's eyes lit up seeing the wizard saint of courage in front of her and she gave a bright smile. today was truly at going to be a good day for having that would would be otherwise known as a celebrity in this country. should brush off herself for a brief moment even though she wasn't dirty in the slightest give a small cough to clear her throat and catch a breath. “It is nice to meet you, my name is…” she would pause and do our our commotion above her head making her name appear in what appeared to be Sparkles as a sparkling fireworks are going off above her head but would only last for a brief second manifesting them with Illusions make it sound like fireworks as well. “Octavia!” she said with a bit of emphasis and Pizzazz to invoice looking happy and excited. Though the fireworks would soon fade away as you would stand there awkwardly for a minute in front of her. “Ahem, like I said my name is Octavia ,traveling bard, Minstrel, and will provider of tales and legends!” she said would have been my smile looking at her what a differential was a bit much I didn't return her hands behind her standing in a bit of a neutral pose but still having a almost Whimsical look to her. As if even if it were to start thunder storming right now nothing would dampen this mood. “ I don't mean to be so forward, but I just want to say truly it is wonderful to meet you. I look up to you Saints and otherwise well-known wizards of the world, not only for the stories that you give that I get to spread around but because you do so much good in the world, thanks for that by the way.” she said hoping she wasn't talking too much. She had a hard time gauging if she was talking too much or repeating herself. To her if it's meant to come out it will be said if not that it wasn't meant to be set in the first place. Either way she would now wait for the woman who apply no she didn't make it much to apply to she just gave some Exposition. Have she should end with a question rather than saying how much she appreciates the Saints and all there glory. “ so um...hows your day?” he asked even though she had an excited and happy tone to a voice she can help with something to herself that was lame, you can improvise an entire song for a city but you couldn't think of a better question and how are you doing… she hoped she wasn’t one of those people to go brain dead in front of celebrities...considering she was going to be one herself soon enough.

Leona waited patiently for the blue-haired young woman to speak and was soon rewarded for her patience by learning the latter's first name. She was named Octavia. According to Octavia herself, she was a "traveling bard, Minstrel, and will provider of tales and legends!" Leona kept her mouth closed and thought over what exactly the young woman had meant until she realized "...provider of tales and legends" was exactly what it sounded like. As far as "traveling bard and Minstrel" Leona knew that that line of work involved playing music, which was a talent that the blonde did not possess.

After Octavia had enthusiastically introduced herself Leona listened to the young woman explain that she was a big fan of the Wizard Saints and looked up to them. Leona blushed when she heard that. Octavia was the first person in quite some time who had said such a thing to Leona and the blonde was not sure how to handle it.

Leona was faced with a genuine fan of the Wizard Saints who not only looked up to her, but also thanked her for doing so much good in the world. The blonde blushed again. She was not used to being thanked for her work, but kudos were not why she had decided to become a Wizard Saint to start with. Leona had decided to become a Wizard Saint because she had once looked up to a Wizard Saint a long time ago and wanted to be strong just like them, strong enough to defend both her home village and Silver Wolf, the guild that had been entrusted to Leona's care.

"Thanks, Octavia. I try to do my best to keep Earthland safe." Leona thanked Octavia for the expression of gratitude the taller mage had given her. It was nice to meet a fan of her work even if Leona was not the strongest, smartest, or most skilled mage in Earthland. Leona quickly suppressed the blush and heard Octavia ask how her day was going.

"My day's going pretty good, Octavia. I was just on the way to Clover Town to go someplace different and see what I can find. I've been sitting around the guild hall all day and want to travel for a bit." Leona informed the blue-haired young woman why she was going to Clover Town. Maybe Leona had shot herself in the foot by giving such a mundane reason to be going to Clover Town, but she was telling the truth. Even Wizard Saints had days where nothing important was going on, which was something that Leona did not mind.