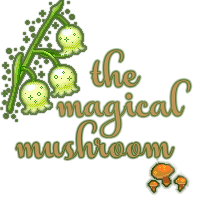 ♤ Drifting alongside the gentle breeze that swept through the quiet streets of the railway town, the sound of old wheels turning over stone presented itself to the few that sat alongside the road in small taps, resonating with the flickering of a traveling cart. Bundled in thick robes and a blanket, both the Princess and her traveling companion found themselves within the small town of Oshibana- following up to a request from a librarian a few towns over about a mage in need of healing, the duo had quickly made their way to the town to give their aide. The summoning entailed the healing of a mage that had been struck by grievous wounds in a fight against a local monster, which if left untreated would result in potential paralysis or the loss of the affected's limbs.

It had been about two weeks since the Wyvernwood pair had arrived in Ishgar, which was the second nation in which they had been able to visit upon their magical journey. Being led to Fiore due to the rumors of a wyvern sighting circulating through the dark alleyways, it was as if there were no clues or testimonials to gather from anyone in which Demetria had inquired with so far; it was safe to assume that the two would have to venture far and thin to find even a sliver of evidence pertaining to their research. Sighing at the thought, the nature spirit would slump downwards and get more comfortable up against the roof of the cart, sinking all of their attention into their lacrima games.

Running her hand through the bushes that lined one of the paths within the outskirts of the town and causing their early spring blossoms to bloom, the holy healer would begin to look around at the various houses that lined the town's defensive structures, looking for what was described to be a white house adorned with rose-colored tapestries. "The strange man never told me I would get to play a little game of hide and seek~," she would joyously exclaim upon running a bit farther down the natural highway, "oh, look"!

Upon closer examination of the horizon, the pure-hearted would see a structure that appeared to be that of the white and pink colors that the client had described- along with rose-colored banners with golden accents, it appeared to be surrounded by hedge gardens and graceful fountains. Quickly arriving at their destination, Demetria's companion appeared to show no interest in putting down their bullet-hell video game they were playing. However, the nature witch was quite the opposite- frolicking through the fruiting hedge gardens filled with floral bodies and fruit trees, she would end up near the door of the mutual client, greeting the rich white wood with a gentle knock.

Quickly opening the door, a woman of a bright stature and rose gold colored armor would look at the girl of green hair with a confused look on her face, staring down at the weeds that seemingly began sprouting through the cracks of the wooden floorboard. "Hi.., I am Demetria Vysceria Mycelia, heir to the wyverness throne and healer of the magical mush ✩," she would introduce herself while manifesting a small mushroom sprout to form within her hands, "I was notified that someone here is in need of mystical wonders, may I please come inside?" Told about the situation at hand and following the armored individual through what appeared to be another large library, which looked to be occupied with magical novels and local field guides, the two would walk toward a small reading grotto which contained another mage, unconscious and wrapped in bandages.

Unwrapping her body of bandages and revealing a massive wound spanning across her entire chest, the princess would manifest a holy glow upon her hands and allow the light to shine into the wound, causing small buds of flowering roses to sprout upward from the inside. "There is no infection present, this is great..," the mage would exclaim, standing from the side of the unconscious, "I will be able to witness a full recovery in about three hours, if not sooner". Her eyes lighting up with elation, Demetria would pat the head of the patient and promote the growth of a giant magical mushroom tree through a magical circle, causing it to rapidly stretch up into the grotto over the makeshift bed. Through explaining in more detail the magical properties of her magical plants, it would become clear to the matron of the mage that the spores would grant the wound to rapidly close and become healthy again by the time the clock would strike midnight, waking up her daughter.

Dismissing her post and wandering deeper into the library of ancient tomes and guidebooks, the emerald-eyed healer would remove her slip-on sandals and walk around in her socks, scanning the books for anything that could possibly stand out on the shelves during her stay. Finding a book about the ancient dragon families of Ishgar, she would find herself floating down into a stack of pillows with the book in hand, promptly starting with the first page (and reading quite slowly). "Oh, ma'am?" the princess of the Wyvernwood would quietly direct her verbiage to the armored matron, "may I borrow this book for the weekend..?"

Upon the ringing of ancient church bells, the clock would strike midnight, giving birth to a new day- vanishing in light and spores, the mushroom would sink into the small hole in the floor that it sprouted from, completely healing the wounded individual. Slipping her sandals back on, the guildless mage would slip out of the house into the night and resume her journey, causing the old wooden wheels of the traveling cart to continue their tapping once again.