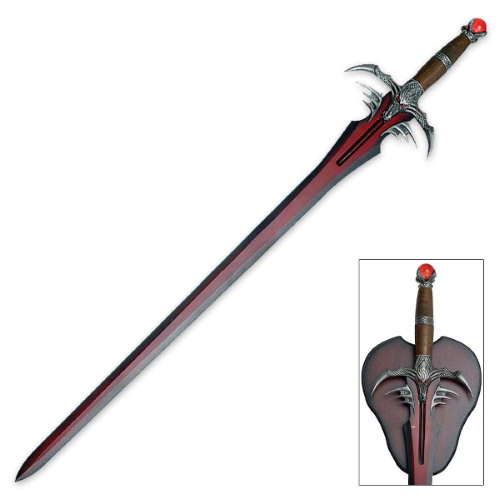 Name: Sword of Legacy
Grade: Artifact
Type: Weapon
Proof of Acquisition: X
Description: An ancient blade said to have been forged during the beginning of times by a master blacksmith in service of the gods, meant to be gifted to mortal heroes in their time of need. Although its true descent is covered in myths, you're certain you've read descriptions of a similar sword in stories when you were little; of its blazing red blade and fanged guard, but mostly of the masters that wielded it. And now it has fallen into your hands. The sword feels almost weightless in your hands, and you sense a strange vibration within it, as if it were alive. Its size will adjust itself to the user's preference, and will constantly change if wished so.