Catechism for the Wicked [Solo | Job] 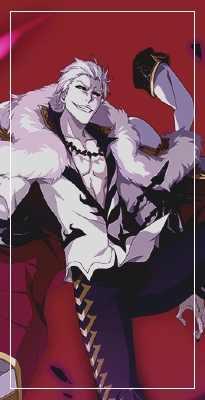 Catechism for the Wicked [Solo | Job]

The cathedral of Cedar, the place you'd ever expect for a man like Cross to be in. The church had been through a lot from history's past, it's a miracle that it's still standing to this day. Its ornate design sure did enhance its grand appearance, making it seem more important than it already is. He entered the church and made his way down the center aisle, just before the altar, one of the cathedral's many nuns stood there in wait.

"You must be the newcomer they've sent~" She said, her tone melancholic yet sweet. Cross nodded, not really knowing what to say. "We owe your guild a whole lot~ Come, I'll show you what we needed help with." The nun added as she turned to enter the doorway behind the altar. Cross followed suit, entering the church's sacristy.

"We simply need an extra hand~ The other sisters are off on duty to teach the convent children. The equipment are newly cleaned and polished, you'll just need to return them to their proper storage, dear. I'll be off on our lodgings and clean that area myself."

With that said, the nun had left. Cross made sure to waste little time and began with his work. It was, yet again, such a mundane task. He had been craving for action for quite some time now, though as he had been told, everyone does have to start somewhere. Nevertheless, he couldn't hide the fact that he was very much annoyed. With a click of his tongue, Cross picked up a couple of golden chalices from the table next to him and returned them to their proper storage. He'd pick up another pair and, for a brief moment, took a glimpse of his image through the reflective surface of polished silver. He sighed, just what was he doing there, there where he does not belong. After a few bleak seconds, he decided to push all his thoughts aside and focus on his task at hand.

It took him quite a while as the sacristy itself was rather spacious, yet still, he made sure to keep things just as they were intended, follwing what he had been instructed with to the tee. As he entered the cathedral proper after exiting the sacristy, he'd lay sight upon the wondrous sight of the church's stained glass windows illuminated by the setting sun. Just in time, the nun came in, entering from the leftmost doorway which presumably led to their dormitory.

"I thank you kindly for your service kind sir~" The nun bowed. "May god bless you so~" She added. Him being blessed? He sure did doubt that. "Ah, well, it's a pleasure to help I suppose." He replied as he gave his nape a scratch.

"I sense unease in you, dear. Whatever the future may bring, I wish you the best of luck. Do believe in yourself, dear." With these final parting words, the nun took her leave.

Hesitantly, he gave the nun a bow of his head in return before leaving shortly after . He sure felt awkward as having to deal with church people had never been so easy, especially with what he is and how he may appear. Though he was truly thankful that he was spared of all needless questioning regarding his past.