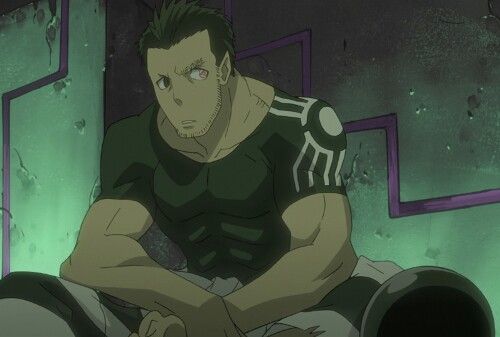 Grade: Artifact +
Type: Combat Pet
Proof of Acquisition: XXX
Pet HP: 450 HP
Pet Melee Dmg: 35 HP
Description:
A wandering wolf-man who starts following (stalking) Temperance around. He appears as a regular human at first glance. He is tall, muscular, often wearing tight clothing revealing his figure pretty often. He has an odd choice of dress as he almost always wears prison pants most of the time, and accompanied by a ball and chain on his left leg. He has a relatively rugged, handsome face with a strong chin and features-- however, his ears are slightly pointy. Further, which stands out most is he has a tattoo over his left eye-- and the said eye is not normal, in place of the iris, he has a magic circle there. A mystic eye of some sort.  However, he can transform into his more intimidating, true form. IN truth, he is a werewolf and has been for over 1000 years. He naturally has black wolf-like fur and grey colors, claws in place of hands and his haunches change too-- along with tears in his clothing for his new muscle mass. And of course, he has a bushy tail behind him. 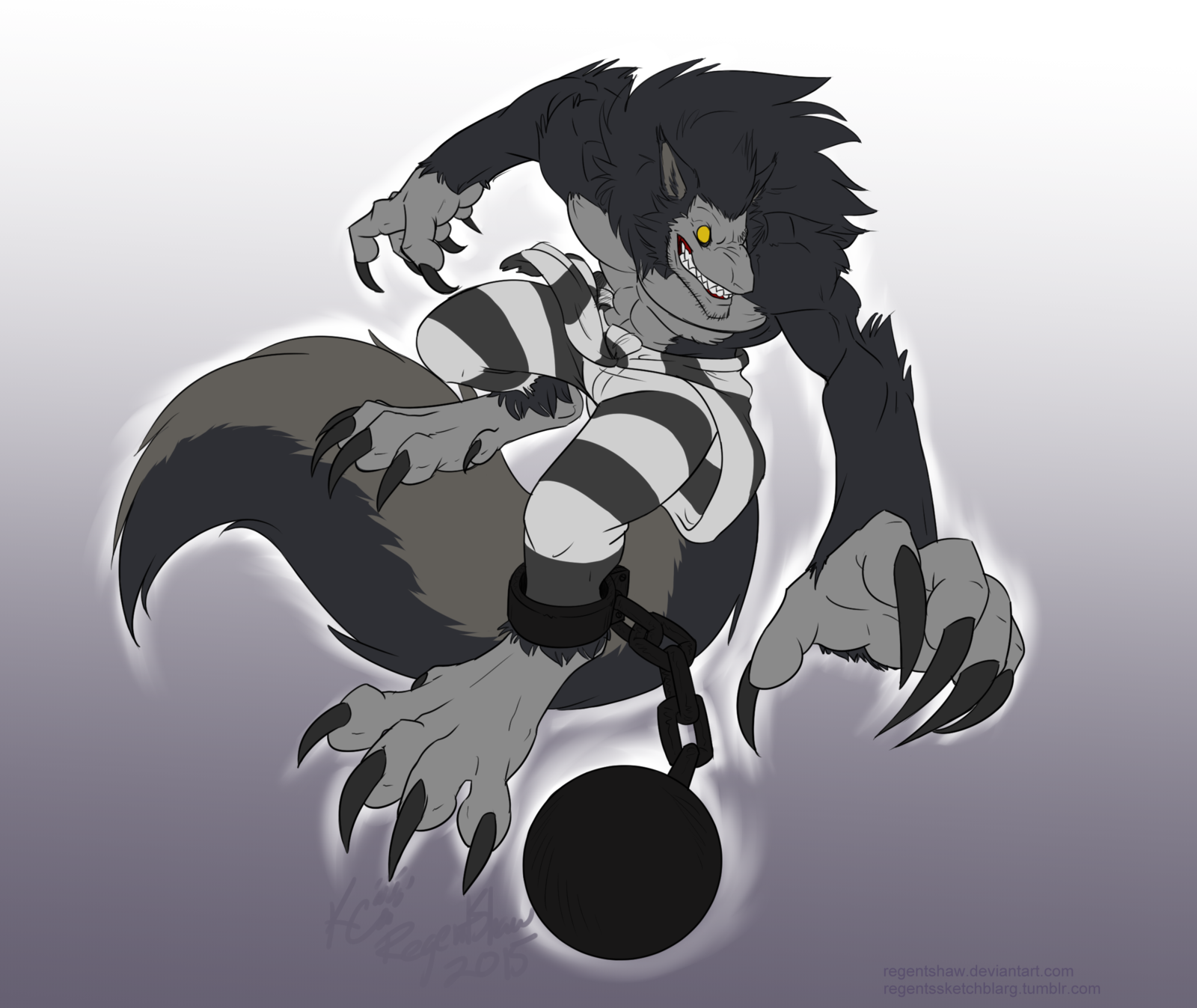 Personality:
Despite how many werewolves are powerful and vicious in nature-- Free is actually quite whimsical and comical in his thoughts and actions. He is relatively simple, though is capable of being clever when push comes to shove. On the surface, he seems intimidating and stern, but in his heart he loves to be big-hearted and party hard. He strives to live life fully Free as his name suggests, without any hindrance or hesitation. Live life to the fullest, even though he is immortal. However, due to this, he can be clumsy and even make mistakes esp when it comes to bodily harm-- but he often tries to brush it aside saying 'it's all okay. nothing to see here. I'm Immortal after all." He is quite boastful, always likes to show off for his peers, even if he fails and makes a fool of himself afterward. He has a distinct dislike of rules, laws, and things that disgrace nature as a rule. He loves to stick it to authority, much like Temperance does. However, while he is big-hearted and loves to party-- he is also rather pervy and sexually harassing almost-- often hitting on Temperance and loves to 'spend the night with her', whenever he gets the chance to hint it. Naturally, that never happens... He is the type of guy a girl needs to keep on a short leash.

"I'm Immortal"
Rank:
Catagory: Support
Type: Burst
Healed: XX HP
Range: XX Meters
Speed: XX MPS
Effect: As a werewolf, he is cursed with the gift of immortality. As a result, he can shake off near fatal injury with ease. Due to this, he can take a beating to ludicriously and almost comical levels. When he does, he also becomes more durable, able to take on XX HP worth of damage without losting health. Lastly, he also gains a 5% HP regain for the duration of this spell.

"I'm gonna huff, puff, and blow the house down!"
Rank:
Catagory: Offense
Type: Single-Target
Damage: XX HP
Range: XX Meters
Speed: XX MPS
Effect: Free inhales sharply, gathering both wind and ice magic in place. With a mighty howl, he releases a tornado of snow and ice that is capable of blowing buildings and structures down. His howl and resulting tornado-like winds pierce through enemy defenses, able to blow down great walls and fortresses. Further, the resulting ice in it can freeze a target in place for 1 post afterward. Cannot be used back to back with other stun/freeze/immobilization effects.