Noctis pushed open the doors to the room where his exam was being held. He had been informed of this via a written letter, which he thought was rather odd, but none the less he had shown up. He slowly stepped inside the room; Noctis was rather nervous about this exam simply because he was not fond of actually using his magic in a combat setting. He had been hesitant to use any magic for a while after the incident five years ago, but he had gotten to the point that he could use his magic outside combat applications. The door shut behind him after he had fully stepped inside the room. The exam rules were simple; he had to defend the three pillars with at least one left standing by the end of the fifteen-minute period while also defending himself from harm. Noctis was rather nervous about this as he had rarely practiced with his reequip magic to the extent of actually using the weapons; sure, he had utilized the shielding ability of it quite a few times, but the shielding did not actually hurt people.

He sighed as he walked towards the middle of the room. The room was round and dimly lit but lit up slowly as he got closer to the center of the room. Once he reached the center of the room, Noctis took a deep breath closing his eyes briefly before simply stating, "Let's get this over with." loudly to whatever entity was watching. As if something was waiting for him to speak the magic words, a bell rang, and so began his fifteen minutes of hell. Noctis didn't see anything at first, but he sure as hell felt the claw swiped that caught him from behind. He blinked away from the source only to see a pillar crumble almost immediately. " For fucks sake." He shouted angrily, a weapon flashing into his hand. Noctis didn't like being hit, he didn't like being forced to overcome his fear, but overall he hated failing at things.

With a growl, Noctis blinked back into the fray, slashing through a bears head decapitating it, only to have enough time to spin and slash a boar across its flank to deter it from attacking the second pillar. Noctis figured about five minutes had passed, but that still left 10 minutes. He ducked a claw swipe from a bear that was aimed at his head and returned the favor with a slash of his own across the bears' right shoulder. Using the slash's momentum, he dropped the blade down on a charging board, dropping it in a single slash. Another boar had managed to slip past him and ram one of the pillars; it cracked slightly, but this only angered Noctis more. He growled and blinked towards the boar and swung at its legs, chopping off two, leaving it a squealing heap on the ground. Noctis blinked back to the pillars and shouted, "Whos else wants a beating?" as he looked around at the bears that began to circle him. 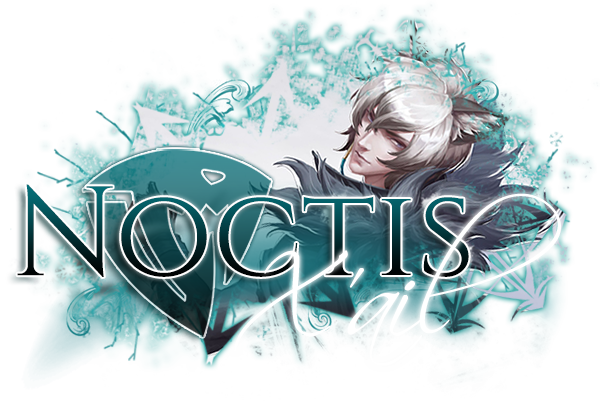 Re: Everywhich way but loose

Noctis learned quite a few things about taunting spirit-like objects. They take the bait though that may have been the sense of humor of the person running the exam; he wasn't sure about that. Finally, he's fairly certain that being overly confident or cocky is just as bad as being incapable of doing nothing. With Nocts taunt, two bears charged him from separate directions. He quickly dropped the first one to reach him with a downward slash removing the bears head in one fell swoop, but he narrowly dodged out of the way of the second bears claw attack by diving to the left, which left him at an inopportune angle to do anything in retaliation. All of this was just a distraction and a ruse as he heard the sound of two boars slamming into the already damaged pillar. It was on its last leg and not likely to survive, taking another hit.

A boar charged the seemingly doomed pillar only to impale its self on nocts sword as he blinked into the boars' path. The boar at a full charge was incapable of slowing its momentum to prevent being skewered on the pointy object in nocts hands. Noct yanked his sword free with a jerk of his arm and spun, catching a bear across the face sending it reeling backward and away from him. Noctis would be damned if he didn't have at least one pillar standing by the end of the fifteen minutes, and he was reasonably sure time was almost up. His eyes darted about the room, watching the boars as they regrouped, and the bears though not working together, had strangely good attack timings. Noctis took a defensive stance between the two remaining pillars bracing for the next charge.

As if on cue, the boars charged in small groups of 2, each one group going for each pillar. Noctis had to make a choice here, save one or lose both. It was not a difficult choice, but he didn't like giving ground if he could help it, but it mattered very little because no matter how many of the creatures he killed, more just took their place. Noctis slashed at the lead boar charging the undamaged pillar. His slash caught it right across the eyes, causing it to topple and slide to a screeching halt as it squealed and flopped about on the ground, having lost its sight. Noctis heard the damaged pillar finally crumble and winced at the sound. He only had one left and noticed he was surrounded. With very little time left, he had to hold on somehow. Noctis slashed at another boar and missed, but the slash caused the boar to veer off its attack course. By this point, the bears had full surrounded him four in total, one on each side of him. He glared at them, not knowing how much longer he needed to survive. Without warning, the bears attacked at the same time and then suddenly disappeared as a buzzer went off, indicating the time was up. He turned around to still see one pillar standing, and he was still standing, so he apparently had passed.