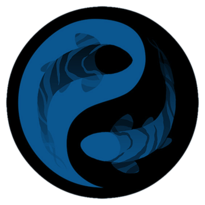 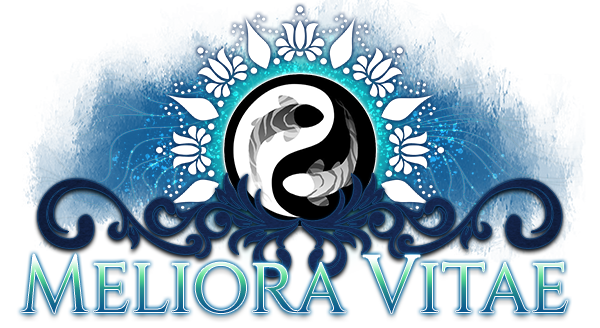 Guild Information
Name: Meliora Vitae (mel-ee-or-uh vee-tay)
What does it mean?: “For a better life”
Status: Independent
Why this status?: Meliora Vitae is a guild that doesn’t align itself underneath the Magic Council, and while it’s mostly good-natured, their willingness to interfere with Council, other legal operations, and to achieve their goals through illegal means in order to adhere to those guild goals places them under Independent.

Yin Yang—the symbol of opposing forces being interconnected. It is the very representation of balance. However, time and time again, balance has been disrupted all over Earthland without end. Conflict between man and monster has led both of them to ceaseless anguish throughout history. Forests removed, lakes overtaken, people killed by creatures—the conflict is everywhere. But, like the ancient concept of Yin and Yang, people and nature must have balance. There is give and take from both sides that creates the great balance. Meliora Vitae realizes and respects this harmony and works to preserve it. Their purpose is to ease tensions and protect both people and nature from each other. Balance is key in achieving their goals.

The world is greater than any single person, and if we are all meant to coexist and share this world together, it is up to the people with power and strength to make sure that delicate balance is preserved. Without it, there is no hope for a future where everyone and everything lives as they are meant to be in their pursuit of happiness and purpose.

When you join Meliora Vitae, you make a commitment to that preservation of balance even if it means going against your country’s laws, and in order to secure everything’s pursuit of happiness, you must act as the ones who connected the disconnected. The ones who bring the opposing forces together in a harmonious way. You will be the ones who left the world better than how you found it, even if it means people will disagree with your methods or your cause. For the sake of Meliora Vitae and the world that we all must share, make it better for everyone and everything through your work.

Meliora Vitae seeks to protect biomes and habitats from ruin, decay, and exploitation. Throughout Earthland, Meliora Vitae will observe land and ecosystems to check for any discord and intervene if the situation calls for it. In more civilized areas, the members will help maintain a healthy balance between nature, magic, and society.

Animals, both magical and mortal, often end up in situations where they are abused or are harassing and attacking people. Meliora Vitae’s motive is to remove those animals and find better places for them to live. This is for the sake and safety of both creatures and people. If those animals are in poor condition or in bad health, Meliora Vitae will tend to their needs on the S.S. Endeavor, in a controlled environment in their habitat, or outposts made specifically for animal rehabilitation until they are ready to be released back into the wild.

Meliora Vitae believes in helping people and nature live in a symbiotic manner. In their eyes, one cannot live without the other. The members of Meliora Vitae seek to help others live with nature in a balanced way. Compromise and education are key, but if force is needed it will be used.

Sometimes creatures are too big, too evil, or too dangerous to be rehabilitated. Threats like these upset the balance of society and nature. Meliora Vitae will take initiative and take out these beasts so they do not cause more harm and destruction to humans and biomes.

Meliora Vitae promotes harmony and peace between all forms of life, including human beings. Their independency is drawn from their interference with legal organizations and the Magic Council’s operations that go against their beliefs, not from felonies like murder and other terrible crimes. A member of Meliora Vitae should never treat murder like an option, and more as a last resort out of self-defense. Even if human beings are directly interfering with the tranquility of a natural space, members are expected to subdue them through non-life threatening means.

Meliora Vitae is a guild that has no failsafe or systems they can rely on to protect themselves other than themselves. When members choose to embark on the S.S. Endeavor and mark their bodies with the guild’s insignia, they make a commitment to uphold the standards and values of their guild and to have each other’s backs. Flying through Fiore as independents, Meliora Vitae must rely on one another to uphold the security of the guild. This means avoiding circumstances where you will put the guild in danger with the law or other organizations, and defending each other when it matters most.

Meliora Vitae is a guild all about the preservation of life, not the culling of it. Although they have members dedicated to putting down dangerous and malicious beasts, this is not entirely subjective. If Meliora Vitae discovers members needlessly killing animals that can be pacified, relocated, or subdued non-lethally, the member will face consequences. Only dangerous and malicious animals are to be put down, or animals that immediately threaten other lives in the heat of a moment. What this means is that only animals that overhunt, go out of their way to hunt and hurt people, and cannot be pacified through relocation or other means must be put down. All animals are dangerous in their own respect, but animals that are malicious under any circumstances must go.

Meliora Vitae promotes peace, not conflict. Members of the guild are expected to behave in a manner that will not put this image in jeopardy when facing other guilds, organizations, or people groups. It means not disrupting ecosystems through research and dispatch, and to find middle grounds and compromise in disagreements without putting their guild goals last.

While the guild focuses heavily on the world around them, they must also focus on the individual members. Without strengthening and encouraging even the newest members, the guild cannot succeed. Resources for personal growth are made available to all members to take advantage of.

The Guildmaster of Meliora Vitae bears the title of Captain and is the highest rank, but works with guild members of all levels. They do not separate themselves from the lower ranks and must be humble, understanding, and caring to succeed in both the guild’s goals and uniting the forces of Meliora Vitae.

Aces are members of Meliora Vitae who have shown true devotion to the guild’s goals and purposes. Assigned to a specific branch, the aces work closely with members as leaders and guides to help ensure the success of the individual and the guild as a whole.

Instead of having a traditional three branches for members to choose from, Meliora Vitae has only two: Rehabilitation & Research and Relocation & Dispatch. Members will be able to find a place within either of these branches to truly make the most out of their skills and abilities for the cause. To join one of the branches, members must have completed an intro and at least one job relating to the guild’s goals and purpose.

Rehabilitation & Research
The R&R branch is the division where people interested in directly treating and handling misplaced or weakened wildlife for release, researching ecosystems and their problems, and creating innovative and helpful technology that will benefit their cause would go. There are research labs and rehabilitation zones provided on the S.S. Endeavor if the members prefer to work close to the guild and outposts scattered through different ecosystems on Earthland if the member prefers to work out on the field. The unspecific job description for people in this division allows for broad choices of work and is a very detail-oriented and science-focused environment.
Relocation & Dispatch
The R&D branch is the division where your classic “monster hunters” would find peace in. They work in tandem with Rehabilitation & Research by assisting them in their research by securing outposts, killing dangerous monsters, population control, and directly interfering with human beings if they are a threat to the security of natural spaces. R&D is responsible for removing and relocating monsters from problematic areas and delivering them to members in their sister division. This division can be very combat-oriented and confrontational for the sake of the guild.

The guild symbol is a traditional Yin Yang icon adorned with two opposing koi fish. This represents the great balance that Meliora Vitae strives to preserve between all forms of life.

The guild color is a beautiful blue: #0b568f 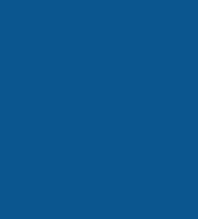