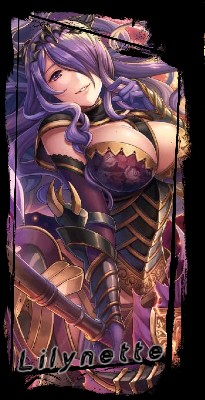 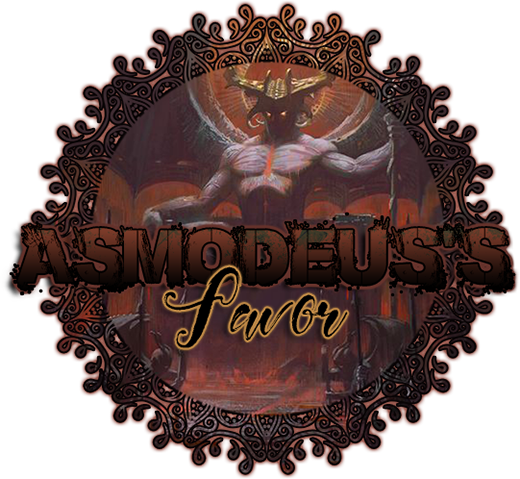 Ability to Consume Magic of Earth, Darkness, or Hellfire (being any fire that is mixed with darkness) to regain MP as well as activate the Force Ability

Inherent Damage Resistance to their slayer element based on the rank of spell/ability as follows:

2 Ranks below character: 50%
Description:
A few hundred years ago, a desperate and dastardly human made a deal with Asmodeus, the Lord of the Nine Rings of Hell, to gain ultimate power in hopes of accomplishing every dream and whim they could ever have. It was a purely selfish endeavor and the person was absolutely despicable, but their determination was something the evil god could work with. He provided the person with a lacrima containing his condensed power, which would forever taint the person, their bloodline, and anyone who would come into possession of it for all of eternity.

While not all in possession of this lacrima have their appearance tainted, those that do might grow horns and see their skin take on a darker, ashen tone. Their pupils might become slit and take on bright colors, and they might even sprout a tail. They are generally demonic in appearance, that might always be present in any combination, only when using the lacrima’s powers, or perhaps never manifest at all. 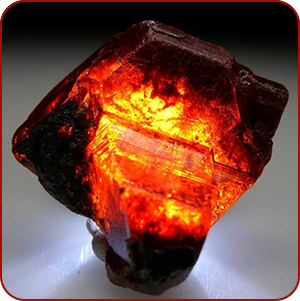 Name: Hellfire Blast
Rank: C
MP Cost: Signature Spell
Category: Offensive
Type: Single Target; Damage over time
Damage: -30hp every post for 5 posts (Total -150hp)
Range: 120m
Speed: 120mps
Duration: 1-5 post
Downside: This can be put out by water magic or blown away by wind of C-rank or higher origin. This cannot be stacked.
Description: Lilynette hastily summons the pyrokenetic energy given to her from Asmodeus into her hands, allow for her to chuck a ball of hellfire towards her enemy. This ball, of course, goes into a straight line. Hellfire is a mixture of fire and darkness, and thus cannot be eaten by either dark nor fire slayers due to this combination, and cannot be put out by normal water. Only water and winds of magical qualities of equal or greater magic can put out the fire. This fire remained up to 5 posts, or until put out, causing damage over time to the hit target.

Darkness of the Second Circle:

Name: Darkness (of the Second Circle)
Rank: D
MP Cost: 20mp
Category: Auxiliary
Type: AoE
Damage: -
Range: 45 m
Speed: 30 mps
Duration: 1 post
Downside: -
Description: A magic circle forms on top of the palm of Lilynette's hand. When she places the palm of her hand on an object it will cause it to become the center of a field of darkness. If the object is something mobile, such as a rock that can be thrown or an animal, the darkness will move with its point of origin. Light of non magical origin is simply consumed by darkness, producing no aid in vision. Lilynette can see within this terrain, and the terrain can be destroyed by any form of light magic.

Stalagmite's of the Inner Circles:

Name: Lake of Treachery (the Ninth Circle)
Rank: C
MP Cost: 30mp
Category: Debuff
Type: AoE
Damage: -
Range: 60m
Speed: 30mps
Duration: 5 posts
Downside:
~Effects civilians
~Requires contact with the ground
~ No affect on those who are flying or levitating.
Description: Lilynette hits the ground with her hand, causing the ground beneath her to turn into a slow acting quick sand. This quick sand doesn't entrap foes, but it does cause a 55% speed debuff on anyone within the radius who Lilynette does not directly consider a friend.

Body of a Lost Soul:

Name: Soul of the First Circle (Limboed Soul)
Rank: C
MP Cost: 30mp
Category: Auxiliary
Type: Burst
Damage: -
Range: -
Speed: -
Duration: 1-3 posts
Downside: The user is unable to use any weapons or activate the abilities of any armor. Takes 50% more damage from light magic while melee attacks also cause 50% more damage.
Description: Lilynette converts her body entirely into darkness. When in this form, she is unaffected by physical attacks, and gains the ability to harm spirits and other creatures that do not take physical forms with melee attacks. All damage she deals in this form will deal damage dark magic damage.

Dante's Bellow:
Name: Dante's Bellow
Rank: C
MP Cost: 30mp
Category: Offensive
Type: Mutlitarget
Damage: 135hp
Range: 90m
Speed: 65mps
Duration: 1 post
Downside: -
Description:  Lilynette takes a deep breath, channeling all sources of dark energy around her and using them to conjure a magic circle. She then screams into a magic circle in front of her mouth, summoning forth a blast of rocky stalactites, hellfire and pure dark magic. Anyone who is of an equal or lesser rank to this spell will be knocked back (C-rank by 1 meter,m D-rank by 3 meters).  Like other hellfire spells, anything caught on fire with the hellfire can only be put out by Lilynettes command, or with water or light magic of equal or greater rank to the spells.

Name: Hellfire Bomb
Rank: C+
MP Cost: 45mp
Category: Offensive
Type: AoE; Damage over time
Damage: 22hp per post until duration is hit or until extinguished. (Total 112hp)
Range:  90m
Speed: 45mps
Duration: Up to 5 posts, or until extinguished.
Downside: This can be put out by water magic, wind  magic, and light magic of C+ or higher in origin. This cannot be stacked, this will cause damage to anything in range; including allies and civilians.
Description: Much like her signature spell, Hellfire blast, Lilynette utilizes her ability to conjure up hellfire. Unlike Hellfire blast, however, this spells doesn't send the hellfire into a singular direction. A blue magic circle appears beneath Lilynettes feet, sending out a blast that covers a 90 meter range, with Lilynette as its point of origin. This fire is only extinguishable with wind, water, or light magic of the greater than or equal magical origin. 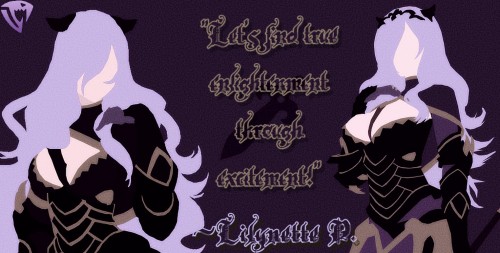