At Your Service [Akane Intro] 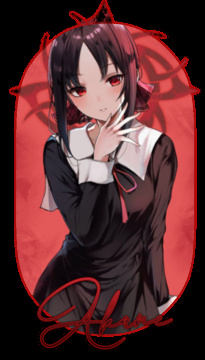 At Your Service [Akane Intro]

Deciding to stay and live in Hostia certainly had its advantages, especially when it came to find out who was responsible for liberating the city. For months, she has collected enough information, money, and equipment appropriate to find these people. Now coming up on the members of the guild that did so called Errings Rising and asking for a charter back to their main base of operation in Mt. Hakobe in the country of Fiore was all too simple. It provided no challenge that Akane thought would be a sign that she lacked the strength to serve the people who would usher the world into a new order. No, she wanted to impress. And she was determined to impress.

Now that she believed herself ready, Akane disguised herself as a lowly beggar at Hostia's port. Her target: Maids. Sure she can put on the uniform the family she worked for made her wear, but their masters would clearly tell the difference. No. She needed to steal their uniforms, these high browed rich families don't even bother to look at their servant's faces anyways, a fact that she occasionally thinks of a torture for, one that makes her lick her lips. Hours had passed and Akane has yet to tug on the heartstring of an innocent. But that all changed when she got tired and aggressively tugged on a maid's sleeve, desperately asking for help. Her master didn't even turn or bat an eye and just kept going. Akane pleaded and eventually the maid relented. She was able to lead her onto a corner nearby where she hugged her as she cried and thanked her. The maid was starting to feel uncomfortable and tried to pull away but can't. Somehow she feels her strength being drained, not knowing what was going on. Then she realized that Akane had stopped crying and laughing and that underneath her shadowed face lies a smirk. Nor fear took hold of the maid's heart while her life force was being sucked away from her body, she tried to scream and get away but was already too weak... Within seconds, she was dead.

Akane stripped the maid's body and put on her uniform, bowing respectfully and saying thanks to the body before stuffing the remain in a large case that she was passing off as a large cello and then she walked out and caught up with the family that owned the previous maid. Where her being not able to catch up was all she had to say. This ticked Akane off very much and planned to end the old hag's life right then and there. When they were able to board the ship for Fiore, Akane did every bidding the family had politely. Until the dead of night where she killed them all in her sleep. It was at this point that Akane opened up the cello case and dressed the siphoned maid from earlier back to her clothes, while the sly devil hid out in the ship's lower decks in her own clothes.

The entire trip, she stayed there, feeding off the life essences of passersby for nourishment, hiding the bodies in the engine room, burning their carcasses.

Once the ship reached port, she immediately got hopped on a cargo, and waited for it to get put down on the land, sneakily escaping the commotion caused by the various dead bodies found but not before looking on from a distance and happily smiling at a job well done. Now on her own, she put the supplies she was able to acquire to use as she made the climb to Mt. Hakobe. Of course, some form of torture every now and then yielded her the exact location of the guild's hall which she was now standing in front of.

Now in her maid outfit, which she changed into along the way, Akane gracefully opened the doors to her new masters. Tapping the shoulder of the first person she saw, she politely greeted them saying "Hello. I am Akane Ayahime. I would like to serve Errings Rising." formally curtsying afterwards.

Re: At Your Service [Akane Intro]

Adjusting was a difficulty that was not coming off very much as time passed on. Though she had simply jumped into this role preemptively and without much training or background, that only added to the more recent stress. Her only saving grace seemed to be the way the workers acted towards the new head maid. After they had been pulled together and told of the story that had occurred to their prior boss, there seemed to be a drive that Addilyn had to procure herself the experience and leadership skills she could muster, making new ones if needed and fill that role. It wasn’t something that she anticipated either, however Saraphina was rather adamant... and childish on the matter of forcing her into the role to make up for her prior maid dying protecting her. While that hadn’t been Addilyn’s main objective, perhaps she could see it for what it was and just not her head to accept the reality that taking her place was something she had to live with. Though it went without saying the actress of happy to have this arrangement in any way either.

It went without saying that Addi lacked a few basic qualities. Firstly, cooking was not something she got either. If not for her being taught blood magic, not only would her fingers have been cut up in many many places as well as a very bloody mess, however they were rather impressed she could keep herself from bleeding even when cut and not even really be phased much by the pain... until it involved onions... and hot peppers... But it certainly made for a good laugh that even Sanguine had reacted to those things. So even the most numb to pain had their vices. But even though most of her interactions were positive, few of the maids seemed to be a bit against someone new simply wandering in and taking over just because she was Sanguine’s student. They couldn’t really complain as the Queen had deemed it to be and nobody goes against the queens orders. For both their safety as well as just genuinely not dealing with her attitude problem.

But a bright new face helped keep things interesting and though she couldn’t be as useful as her predecessor due to the inability to fly, her use of a magic that could reach to the ceiling surely was enough to work. Addilyn had gotten into enough to work to the strengths of all the maids and even butlers who bothered to listen to her. Some, much like the maids, disliked someone her age and so blue to the field and castle. Regardless, she had many of the same ideas and even took in some which was a breath of air in this place sometimes. As she had begun to finish directing the workforce around to taking care of different tasks, a tap on her shoulder got her to pause and turn around. There, she saw a girl whom immediately took a bow and wished to offer her services to the guild. With Addi dressed in a very homely style of uniform for the Midian, she returned the curtsy  with a bow and a smile. ”Ohayo- Sorry, welcome to hall, Ms. Ayahime.” She would raise from her bow and look over the girl, rather surprised to see one show up in her own maid uniform. ”I don’t mean to be rude, but you came pretty prepared to jump into the fun, I see~” It was meant as a bit of a joke and a compliment in a sense.

Re: At Your Service [Akane Intro]

Akane was shocked that she blinked three times in quick succession to see another maid in the hall. In fact, now that she had a proper look around, the place had a lot. Like it was a mansion for a noble which was quite interesting. She subtly raised her right brow in interest especially with the person that saw her in. A quick smirk and a small tilting of her head that could very much barely pass off as a bow was the greeting she had for the welcoming person in return along with a very quaint "Thank you."

A staring contest somewhat began between the two individuals. Akane was sizing up the person in front of her, trying to get a feel of what she was all about. Her uniform didn't help indicate any station within the organization, she was all but unknown to her. In that case, she had to be the same. She has to be just as unknowable and unexpected in order to have any advantage in their next conversations, since she's pretty sure fighting capability is out of the question. She was more logical and emotional manipulation than having anything to do with magic, limiting herself to simple party tricks like draining one's life force from a few days ago.

The maid served first giving a comment about her showing up in a maid uniform. So it's like that, then, she thought to herself. While she was indeed ready to serve a higher power and calling, she wasn't keen on being called a fangirl or apparently a simp as what people call it these days. In fact, she thought she'd be the only maid for this guild. Of course her irritation will not be shown outright or externally. Not even internally in fact as she was keen on using things like this as a good thing. A fuel or motivation to get going and dish out some delicious vengeance.

After a slight chuckle, she replied in a melancholic  manner "Oh do forgive my clothing. These were the only ones I had ever since I was employed to a family in Hostia. Coming up here was so hard and getting through everything I went through in these only made it that much harder. But you gotta live with what you're dealt with I suppose. and then she sobbed under her hands that covered her face while thinking to herself Yes, I bet she feels a little bad right about now.