To My Disappointment... [Intro] 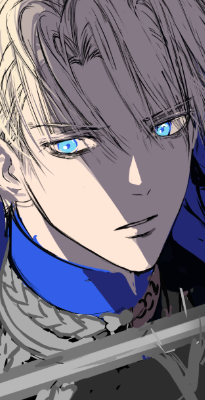 To My Disappointment... [Intro]

THE HEART IS A HEAVY BURDEN TO BEAR
(YOU'RE GONNA CARRY THAT WEIGHT)
"Freya..." The soft gentle tone the youth exuded was one of pure love and fondness - one born from a bond only siblings could truly understand. His azure blue gaze gleaned softly at nothing in particular as he held the old black phone to his ear. He could hear his sister's voice on the other end as it crackled to life - full of joy and vibrancy - one that he missed dearly and hoped to hear it in person someday soon. Maybe when he visited their home again - he was sure Freya and the servants would like that very much. He'd even cook them all dinner. He smiled despite himself releasing a small chuckle - he could just imagine their faces...

"Well, you sound happy big brother! But I don't think that's why you're calling." Ah, perceptive as always - she was always a smart cookie - even when they were kids - nothing left her quick-witted senses. "No, I suppose not - I was just checking in before I leave today - for... well, my first ever official Rune Knight business." He said hesitantly his tone almost timid as he tried to mask his worries and fears.

"You call me every day though!" She joked sarcastically before letting out a laugh. "But I'm happy for you! Now you're finally obtaining your dream! You've worked really hard for this! Don't get cold feet now!" She admonished him vibrantly her voice a mix of scolding and exasperation.

"You're right - but I-" His sister huffed on the other end of the line already getting irritated of his self-doubt. "But nothing, Rune! Have you've forgotten why our parents gave you your name?" She inquired though they both already knew the answer. "Because father had high hopes of me becoming a Rune Knight, I know, I know." He said flatly his tone going almost icy at the mere mention of their distant and disappeared sire.

"Exactly! And that's why you have no reason to worry! If your name is connected to your job then it's practically fate that you'll succeed!" Rune was pretty sure that wasn't how fate worked but wasn't going to argue with his sister on the subject - much like the rest of their family she inherited the Felcrest's signature "stubborn streak" and wouldn't back down from her beliefs. It truly was a curse if they ever had one.

"Right, right..." He relented his tone tired but endearing. Refocusing he noticed the clock on his dresser and frowned deeply. It seemed whenever he talked to Freya the whole world just became white noise - in fact he missed the alarm that went off twice already! "Ah, my apologies Freya - but it seems like your big brother has to go - the meeting starts in thirty minutes."

The girl whined a bit but otherwise gave in - knowing this was important for him. They said their goodbyes (with intentions to call each other tomorrow) before Rune hung up, fastening his Rune Knight half cloak - to match the rest of his (unfortunately all black) uniform. Making his way towards the door he quickly sheathed his freshly polished saber and briskly walked out - shutting and locking his apartment door as he did so.

Promptly ten minutes later he made his way to the pointed place with a whole twenty minutes to spare. Having been early there were only a handful of other Rune Knight recruits there was well - some others were cutting it a bit close or would possibly be late entirely, but that wasn't any of his business nor should he care that they refused to be punctual. Those in charge would no doubt note their tardiness for future endeavors.

Minutes later, he and the other Rune Knight Privates stood attentive as a senior officer walked through a clipboard in hand. He began listing off names in which each and every recruit replied with a crisp "Here, Sir!" Before he went into an explanation. "Welcome to the Rune Knights, however, you're not exactly Rune Knights quite yet." A wave of murmurs rippled through the line of hopefuls though Rune deigned to stay quiet his face showing perplexion, however.

"Officially, you're just recruits - but once this is over you'll be officially Privates who will be tasked with upholding peace and justice throughout Fiore." The man gazed at the eager youths before him - most were young, bright-eyed, and bushy-tailed and had no clue what being a Rune Knight entailed. Most of them would end up quitting the force before getting properly settled - it was the sad truth of such a job, many just didn't have what it takes to be a Rune Knight.

"In a moment one of your superiors will appear and give a speech. Listen to their words and engrave them in your minds. Understand that what you strive for is to bring prosperity to our lands not to covet power or to lord over the weak." He narrowed his eyes at them, knowing full well that some came here just in hopes of getting a bit of power to walk all over those beneath them. It has happened before and no doubt it'll happen again. Luckily, they have gotten better at stamping out those with such thuggish behaviors. 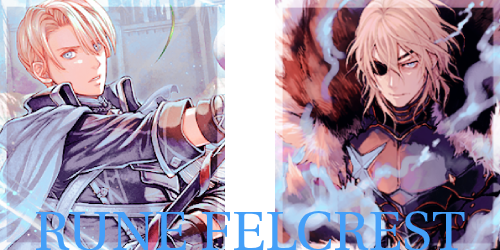 Re: To My Disappointment... [Intro]

Many of them were probably wondering who exactly would walk through those doors. A man or woman of immense prowess, or perhaps one of the greatest sorcerers in the field? A general of one of the three branches, or maybe some other officer with an ability to raise the spirits of an army of a million? There was no doubt that most recruits had feverish expectations of what the Rune Knights was really like, and had an image of what the people in their force looked and acted like, but for most, it was a rude awakening. The only true sentiment the reality of the Rune Knights their new recruits were often correct about was that it was a group of adult men and women, here to do their jobs. However, nowadays, the force seemed to be getting younger and younger.

The ten minutes passed by swiftly, and the door slowly creaked open as someone pushed it from the other side. Almost all of the recruits stood to attention, their conversations cut short by the sound of that metal door sliding open. Who would it be? What sort of shoes would they get to fill? Many of them could only wonder, and many of them would be confused to see who walked in.

Chiyuki Suzuki—or Doppo, as most people called him, was a lethargic looking man that was easy to pick out from crowds. His hair was a bright, stunning red color and his eyes were a beautiful baby blue. However, standing at a solid five feet and ten inches, he was normally a few inches shorter than his other male coworkers, and he was relatively lean as well. His hair was messy and he had large bags underneath his eyes as if he hadn't slept in days. The expression on his face was weary and inexpressive, and he looked as if he was in his own head most of the time. If not for the sophisticated Rune Knight uniform he shared with the others in that room, no one would know that this unathletic man was a Rune Knight to begin with, let alone someone superior to them. But the truth was that he was an officer—the Major General of the Combat Corps, even, and he was deceptively more skilled and competent than his appearance led him on to be.

Just earlier that day, an officer had informed him that he was needed in speaking to this fresh batch of recruits, which was odd considering Doppo was far from the speech-giving type. If it wasn't obvious enough, it was hard to listen to or draw inspiration from a man as fatigued and weary as he was. Maybe in his alternate form, he could easily get people's attention, if not intimidate him, but now...? Well, whatever the case, the redhead knew that it was his job to do, and the sooner he did it, the sooner he could eat. He had even brought his special plate today, so he knew he'd really treat himself after this.