Username: Danny
Link to Previous OOC Exam: Can you [C] me now?
Current Rank: C
Applying for: B 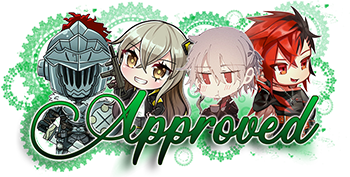 As I am also your GM, I will be the one to give you the prompt for your exam. You will have the choice between the two following prompts, both of which will require a thread of at least 1,000 words:
Personal plot and / or character development of your choice
OR
As you are now officially a Soldier of Dies Irae, you are expected to prove your worth. Johann personally assigns this mission to you, and you receive a contract signed by the Magic Council itself. Your target is a certain "Jeremiah Aubegnón", a notorious man in a certain part of Midi's coastline. He, along with his band of brigands, robbers, and other lowlives and petty criminals has been plaguing the local populace, stealing and extorting what they can. Local authorities have thus far had no success in locating their hideout. Now, however, hints of their whereabouts have surfaced, and the authorities have passed a request for support to the Magic Council, which has handed it over to Dies Irae, which is where you come into play. Locate and end Jeremiah Aubegnón's operations in any way you deem appropriate.

What is known about the man is that he is originally from Minstrel, has dirty blonde hair, and a large scar covering his right eye. He fights using two axes and subtle magic that increases his physical strength to inhuman levels. Further, he is supported by his band of criminals, who will do anything to avoid being punished for their crimes.