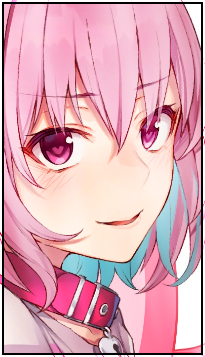 Riia was really enjoying her time in Earthland! Not only because there were so many people to share the joys of cotton candy with, but also just because... well, was it shameful to admit that she was loving the experience as a whole? With so many different new sights to see and people to meet just in a social sense, the fairy was having a blast of a time. She had mostly been wandering for the past several weeks, going from city to city and town to town in her quest to spread the joy and wonders of spun sugar. There were lots of individuals here who were interested in trying the delightful substance. P

ersonally, Riia had discovered that the most success did not necessarily lie with a certain demographic, such as an age group. While little children were eager to taste fairy floss, there were also middle aged couples who looked adorable sharing a swirl of it together during a lovely date. Even the elderly could find a connection with the sweet, light substance, allowing it to melt in their mouths regardless of what types of food they were able to chew and consume. Since her powers were directly combated by conditions such as diabetes, she had devised a special recipe for fairy floss that nearly everyone to consume it.

Suddenly, Riia burst out laughing. A few passer by gave her strange looks, but aside from that, nobody said anything directly to her. After a short period, the uncontrollable giggles subsided and the girl let out a few coughs as she straightened up again. It was always a little bit embarrassing when the side effects of her friend's spell hit. Even though Riia truly loved that fairy, her mischievous manner was a little bit of a down side, especially when in a nation filled with strangers who may or may not judge on first appearances. Trying to clear her throat inconspicuously, Riia tried to play off the brief amount of attention by pointing to a large group of people who were gathering just across the street. "Look! What's that over there?" Squinting at the crowd, herself, she was hit by a sudden wave of curiosity.

With a shrug, the fairy skipped over and joined the queue as well. As it would turn out, the line was to obtain a passport in order to travel internationally to countries outside of Fiore. Now, the demon technically did not need one of those to go wherever she wanted. As a magical being, she could simply channel her powers and select a destination to appear at using sheer force of will combined with the usage of magical energy. However, this was exciting because it made her feel more human. Eyes alight with glee, the girl happily posed for a picture. She was excited to see how it would turn out! Unfortunately, it seemed like the passport would take a few more days for it to be ready. But once it arrived, she would be able to see it and admire it and show it off to everybody! Nodding in satisfaction, Riia left the agency in high spirits.