Fire at the Phoenix Mountains Fire at the Phoenix Mountains

Gangting “King of Duoshang, Champion of Tudigong, the Great, the Bold, the Mighty, the Giant, Slayer of Demons, Liberator of the Wicked.” 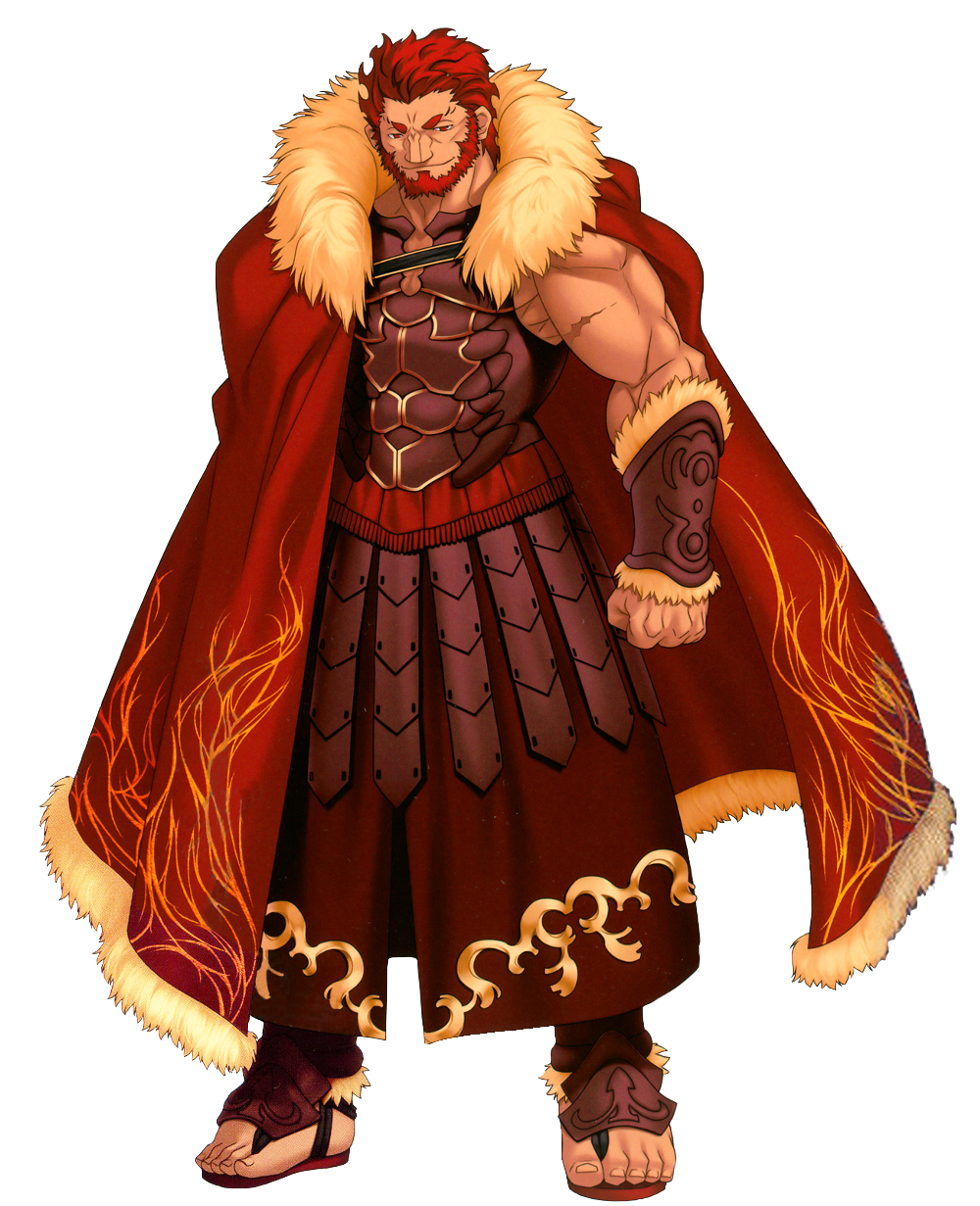 There it was again, the earth slightly shaking. The inhabitants of the village looked nervously about. The ground shook again. A woman took her children by the hand and rushed them inside their house. Other’s closed their shutters. Quickly the few streets in the village were deserted. The setting sun started to cast long shadows, spawning from tree’s and houses. But one the shadows was unlike the others; broad, tall and above all moving, moving on to the beating. Some people peeked from the gaps between their shutters or shutterless windows at the being that came forth from behind a hill. It was difficult to make out what it was, the crimson sun blurred its silhouette and gave it a red glow. The closer it got, the further the sun hid itself behind the hills and forest, the better visible the being became. It was huge, a giant whispered someone under their breath. A lion on two legs thought someone else in shock; the story of the demonic lion ran through her head. The being was now at the outskirt of the hamlet, the sun had disappeared fully behind the hills; turning the western sky purple, blue and red. The lacrima street lanterns went on, their lacrima’s buzzing and flickering as they started up; preparing for a long night of shining in the dark. Their lights shed a blue hue on the giant.

A farmer crouched as he peered through a window of his homestead, and muttered; ”that’s not a demon, though a giant it is.” He stood up and studied the gargantuan. It was a human, whose face resembled a lion; the copper-coloured face was surrounded by crimson hairs, like the mains of a lion. It wore some old armour, decorated in gold and red ochre. A large cloak of crimson hung from its broad shoulders; it was adorned by golden furs. The arms and legs were thick as logs and covered by furs and reddish armour. A broad sword hung from the hips. The Giant walked on bare feet, strange enough. ”Why did everyone hurry into their houses?” asked a booming voice, that come from the statue. The farmer froze, that was directed at him. It took a moment for he could reply in one breath, “we thought you were that demon.”
”Demon?” bite the voice back, ”where? When? What?”
“It… The demon… Uhm…” stuttered the man.
”Speak,” said the Giant, who came closer to the farmhouse. ”I am Gangting of Duoshang, a member of Dies Irae and I hate demons. I can get rid of it, believe me” his voice was loud, carrying it’s way all through the village; his voice had been trained to give commands through the thickest of battles. With the last sentence, a large grin appeared on his face.
Other’s had heard his voice as well, some were now convinced that this giant indeed wasn’t the monster they were afraid of, they came out of their hiding spots and drew closer to Gangting.
“You are saying, you can chase it away?” asked a woman.
A miller interrupted, “chasing it away? What! Kill it! That beast has done enough damage.” Others followed the chant about death, about killing.
”Silence,” thundered Gangting, the people stopped their shouting and some turned pale. ”I can kill it, but I must know what it looks like and what it does. Tell me.” And the shouting continued, but this times with descriptions. In the meantime, stragglers joined the flock around Gangting. ”One by one,” said Gangting, agitated. 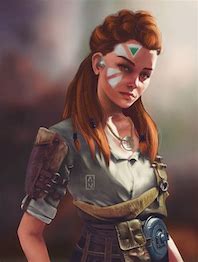 Re: Fire at the Phoenix Mountains

A beast fierce, powerful and fire breathing. Her lust for destruction has cost many people their lives. Villages have been burned to the ground, as have the fields. A creature with the head and body of a lion, the tail as a snake and a fire breathing goats head mounting form its back. Some days ago, a Chimera had appeared in Fiore. Rarely seen in this part of the world and certainly not wanted. The locals have sent many hunters to catch the beast, however none have been able to kill her. Some could come back to tell the chilling stories of their encounters. As they told their stories in the pubs, the word passed around and rumours started spreading.

While in town, one specific huntress got ear of the monster that had been burning down villages near the phoenix mountains. Dressed in hides and hair like tangled manes, she herself looked like a beast as well. Although her feminine features, her bow and her attitude made clear she was not to be messed with. She can name the beast from the stories the nymphs told during her childhood, although she had never come face to face with one.

Erimia made her way through the forest to the village where the beast was last sighted. The trees have scorch marks had they not completely burned down. That’s one thing she likes about fire breathing beasts, they are easy to find.

Following the trails of ash and destruction, she reached the village by midday. Only few buildings where still standing, although they could no longer be called houses. The piles of ashes were still smouldering. A sign that beast is not to far ahead. “How long ago did the beast come here?” she asked the first person she could find. Many people had already left the village. The young woman replied hesitantly “It was yesterday just before sunset when it attacked”. Erimia was getting a bit impatient in her excitement. “When did it leave and in which direction did it go?” The woman is taken aback by her straightforward question and slightly offended by her lack of concern for the villagers. “I don’t know when it left, it was dark. But it went east toward the mountains.” She answered. The woman notably felt uncomfortable answering Erimia’s questions, but Erimia kept asking to get more details on where the Chimera might be headed. Only when she got all her answers, she left the woman where she was standing without showing her gratitude.

Re: Fire at the Phoenix Mountains

Gangting “King of Duoshang, Champion of Tudigong, the Great, the Bold, the Mighty, the Giant, Slayer of Demons, Liberator of the Wicked.”

Time had gone by and sun had fully disappeared behind the earth. ”Does this creature create fires?” asked Gangting solemly as he gazed into the distance with squinted eyes, based on some of the descriptions he assumed it did.
“Huh? Yes, it does,” said the butcher, other’s agreed.
”Then I know where it is,” saying that he walked through the crowd like an icebreaker, people hasted themselves out of his path to make room. In the far distance he had seen a crimson glow, a sight he had seen enough off through it his life; a settlement ablaze. Gangting was set on fighting this demon. It was a divine task, orders by the heavens and the earth. It was Tudigong who had commanded Gangting to rid the world of the demonic plague that vested upon the earth; the cost of the demon-slaying powers Gangting had gained. He was an earth demon slayer, the magic he wields was divine and could cut down demons easier than any other magic in the world. The element he wields, earth and crystal, made him able to command the earth. He could wrought earth into any shape he desired, to fight and defend. He could make mountains part to let him pass, the very earth shakes with his steps. Gangting had been revered as a demi-god aeon's ago, a warrior made divine by the gods to protect the peoples against demons.

Gangting moved with a steady pace through the woods that covered the base of the mountain. Eventually noticing marks of fire. Patches of blackened earth and scorched tree’s; by now it was so dark that no normal human could see them without direct light of the moon, but Gangting’s eyes had been improved by his magic and he could feel a faint warmth emitting from those spots through the senses in his feet. The Giant moved on. The burning seemed to have gotten more intense until he stumbled into a burned down village. But it was not the village he had seen burning, this was another. There were some people that looked up, they were hurdled against a tree with what few possessions they had salvaged from the fire. Gangting stamped on the ground, and from the ground rose a half a dozen dwellings. And off he went without a word, going future east.

After some time, he started noticing something. A creature as nimble as deer but a deer it could not be. It walked bipedally, a human it must be. Why would anyone be here, wandering at night? he thought. It was going in the same direction as he was, towards the burning village. Which made Gangting realize the creature would have probably run off by now, he had walked for a couple of hours now. He intensified his speed, stomping his way through the forest. Tree’s shook with every step, it sprinkled needles with every stride. The distance between him and the village reduced quicker, as well as the gap between the ‘deer’ and him.