"We should have listened" 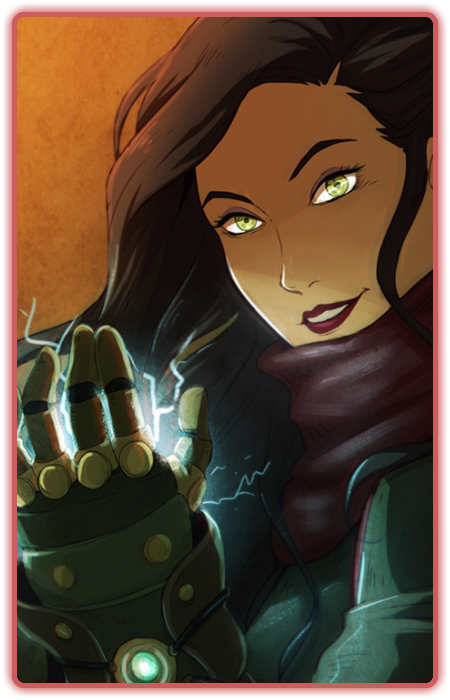 "We should have listened"

Atarah “I serve the One who is Many. I shall bring forth it’s fury and drench the world in fire, blood and darkness. When Hell’s gates are breached, suffering will be unleashed.” 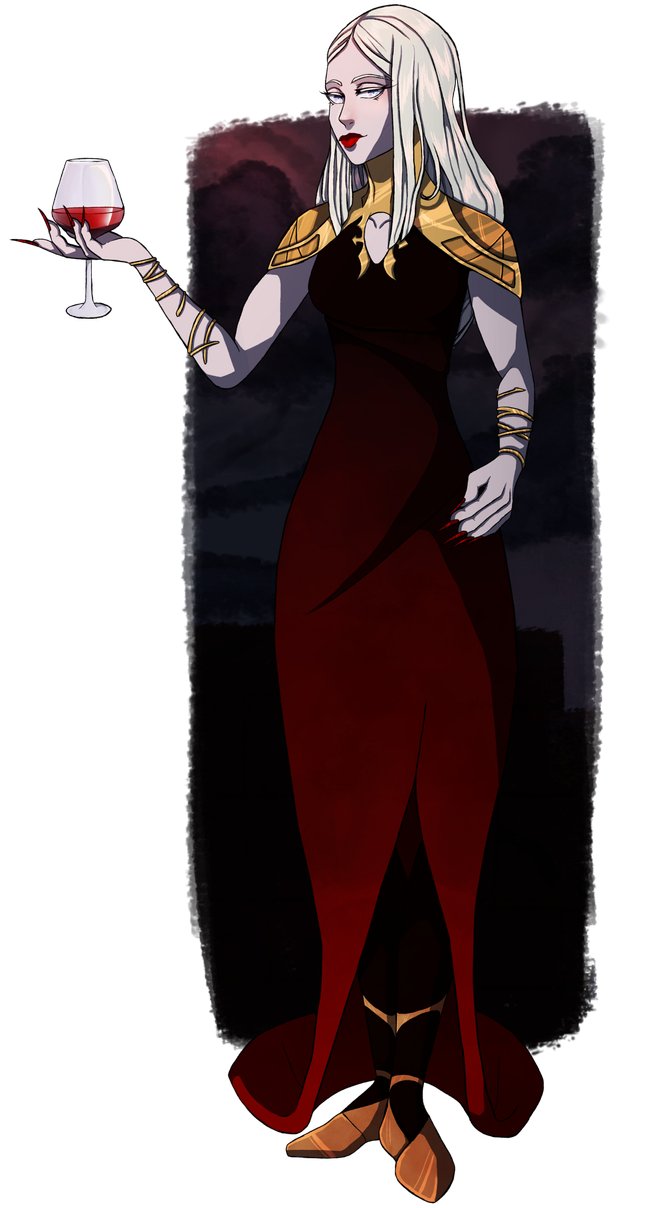 Footsteps echoed sharply through the hall, a rhythmical strain of tapping. Behind those lighter footsteps came the heavy beating down of sabaton’s on the tiles and the clank and clangs of mail and plate clashing. The first steps had come from the gilded high heels on long legs covered in raven leggings. Her dress was crimson from the ground to her waist, from there on it turned sable. The shoulders and neck were adorned by sophisticated metallurgy of gold. Her arms were slender and bore golden bands wrought like snakes around the entire length of her lower arms. Her nails were long, sharp, and looked as if they were shaped from solid blood. Her hair was silver and hung too up her waist. Her blue eyes held an icy stare, her red lips slightly parted; displaying two glittering fangs. Behind her walked two knights clad in darkened armour with gilded embossing. Their armour was chainmail with plate sabatons, grieves, pauldrons and gauntlets. Their coat of arms was black, but one half was embryoid with golden thread to form a pattern of rhombuses. At the centre of their coat of arms was a black shield with a golden rim; upon the shield shone a blazing sun. Much of their helmet was covered by a crowned cowl, but a dark sugarloaf great helm with gilded ornaments was visible. Behind the eye slits was a gaping void. In their hands they carried large swords, with a rounded tip; a sword of an executioner.

The woman was Atarah, an estrië; a cast of vigorous vampires. She was once a princess, centuries ago, and unable to inherit her father’s crown and possessions. It felt as if the world was against her and she snapped when she was to be married off to some nobleman. From that point, she did not pray any longer to her father’s god, but too the Fallen one; known under many names. And this god did answer her prayers, she wanted her fiancé to dead and such it happened. Unbehest to hers, she was the one who slit his throat; she had thought she simple witnessed the murder from a dream, but when she woke, she was covered in blood. A baptism in human blood. She had to flee the castle and was led by a strange sense to an abandoned tower. It was there she found books from an occultist and studied until she had received the gift of the night and transformed herself into an Estrië. After that, she sought out her father, murdered her relatives and the retainers within the castle. Feasted and bathed in their blood. She ruled in with terror over the smallfolk, with brigands, murders and even monsters. Until neighbouring kingdoms formed a coalition against her, to drive her out. A holy duty it was according to the high priests, but there was also the promise of land and wealth. Atarah had to flee South until she was captured and entombed. Only recently had she awoken and join the guild of Errings Rising. She had been too eager, to exited for bloodshed and power in the past; she wasn’t strong enough yet, she has to grow her powers first and learn to understand them before she can try once more to enthral a kingdom to her every need. Errings Rising offered her protection for now.

With big steps, she strode through the halls, on her way to the diner of the guild. She usually lived in solitary in her room but at certain times, when her mood was decent enough, she would mingle among her guildmates; of course, somewhere quiet at the back of the great hall. She neared the great doors of the hall and flicked with her hand; the hinges squealed faintly as the doors opened. Atarah stepped into the room, her gaze wandered around the hall. There was still a discreet seat, in one of the corners. She paced with steady steps to the wooden table and said down upon a chair; with her back against the wall. The knight’s followed and positioned themselves besides, motionless like statues. The servants knew by now what she wanted, they had in the past more than once faced her wraith when she was displeased. A maid rushed towards the table, with a crystal globe and a bottle filled with strong wine.

“Milady,” said the maid nervously, “this… this is a Desierto port. The flaming ruby, fit for a sultan. It’s strong and..”.

”Just poor the glass and begone,” said Atarah sharply, ”leave the bottle.” The maid drooped her head and filled the cup. Left behind the crimson bottle before she rushed off towards the kitchens. Atarah picked up the goblet and swirled the maroon substance around as she churned the cup. She took a whiff from the wine, as she swept her hand over the crystal globe. Brought the glass to her lips and took a sip. Her taste buds tingled as she savoured the deep rich taste, it was a spiced wine; spiced with hot peppers from strange shores. ”This will do,” she said to no one in particular, her sly smirk appeared on her face. She took a more comfortable position in the chair, leaning future back with her legs crossed. Her eyes flickering about as she studied the people in the room. 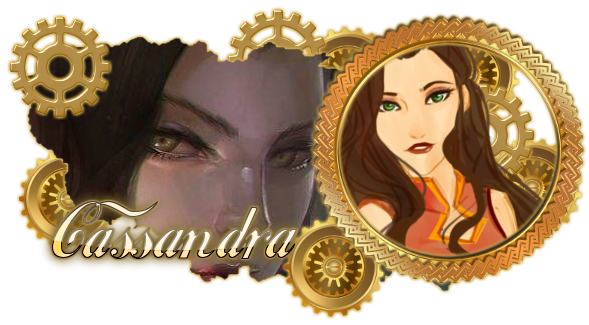