It was about three or four months since Tetsuo was banished from his homeland due to his sinful laziness, and ‘dishonoring’ his family name. Tetsuo’s father essentially took him to the border of their country, called him a lazy disgrace and told him to go to another country and prove that he is worthy of the family name. Therefore, for the past three months, Tetsuo had been traveling around the world looking for a way to prove himself to his family, so that he could go home and enjoy the lavish riches and peaceful lifestyle that being a royal afforded him. Ah, the simple rich life in which he could be lazy and whatnot, then again, if he were to return home he’d most likely be forced to continues his tutelage and prepare to take over the family name, or at least serve as his brother right hand. Ugh, thinking about that simply caused Tetsuo to shiver in disgust, that sounded like a job that was too filled with responsibilities. Mainly because he would have to temper his brother’s more nasty desires, and well, he simply did not want to deal with that drama; but oh the simple and lavish life he could have if he did make a name for himself and return, Tetsuo was practically drooling at the thought of all the food, naps, and men that he could have!

That singular desire to return to the lavish lifestyle that he once had, managed to successfully overcome his lazy nature and push him to find a way to make a name for himself and prove that he wasn’t just a lazy sack of potatoes. At first Tetsuo originally planned to stay in minstrel but then he heard about a faction of knights in a land known of Fiore, the faction intrigued him, and so Tetsuo decided to travel to Fiorie to check out these knights. He traveled halfway through minstrel, got tired of being attacked by bandits and cut throats, took a ship to Caelum, and then stole a bike so that he could cross the sea and travel straight to Fiore, freezing the water under his bike so that he could cross the sea with minimum to know difficulty; though this honestly pissed off some sailors however, Tetsuo simply couldn't care less. So, there he was, crossing the river that lead straight to Era and the headquarters on a bike, with a frozen path following closely behind him. The ice would break in a couple of weeks or two, so he should not get in trouble for making the trail, and if he did get in trouble, he’d simply break the path. He followed the river up to peace village, and then after asking for some direction made a B-line to Era; taking the river again until he had to cross land. It took him another couple of days to travel to area from peace village, but it was not entirely that bad! In fact, he ran into a couple of rune-knights who aided him in directions.

After a taxing ‘adventure’ Tetsuo finally arrived in the bustling city of Era, and well he kind of stuck out like a sore thumb, or well at least he thought he did. Everything about him screamed foreigner, from the white and blue kimono that he wore, to his long steel blue hair that had been collected to a bun, and well of course the little antler-like horns that jutted from his forehead and curved to the back of his head. He felt extremely uncomfortable around here, and he could feel his chest knot up as he started to worry about people starring at him or being jumped in the foreign country, Tetsuo pulled the hood of his cloak over his head, and made sure that the cowl covered his horns; he did not want people thinking that he was some sort of demon or something like that. Turning down a street to momentarily collected himself in a dark alley way, Tetsuo took a couple of deep breaths and calmed himself, the tension he felt in his chest slowly subsided but the fear of being judge still lingered. But he had no choice! He needed to ask people about the rune-knights, how does he get to their headquarters, and how does he join? Hopefully these foreigners would be nice or at least a little friendly. He was honestly hoping that he would run into a rune-knight, and they would escort him to the headquarters, because he honestly felt weird just going to the headquarters and demanding that they let him be a part of the guild; with that in mind Tetsuo started to fumble around asking for help, and seeking a rune-knight to take him to their headquarters or at least help him become a member of their guild.

"Thank's for your good work private Sinclair, I'll be sure to file your report into your database." A blue haired secretary as she thanked a young woman who had turned in the report. The young woman stood at a moderately tiny size of 5 feet two inches. Her long snow white hair was tied neatly into a pony tail of to the side. Her skin was fair with not single blemish on her skin except for a scar that marked her left eye. Her eyebrows furrowed at her own disappointment. It had been a few weeks and yet she found no success in the case she was assigned to work on. Was it due to her incompetence? Perhaps it was her lack of skill? Or maybe she just was not working hard enough. The saying you are your worst enemy applied to Alicia Sinclair. She was her own worst critic, though most viewed her as a hard working Rune Knight, she often felt that she was lacking whenever she measured herself in her own mind. "Private Sinclair, there seems to be a newcomer. Do you mind assisting him?" Inquired the secretary, as she pointed over towards to the direction of a young man with long blue hair. Alicia immediately snapped to attention and answered promptly. "Yes mam." She nodded and made her way towards the new face among the crowd.

Alicia looped around to avoid the incoming wave of rune knights. After taking the short detour towards he target Alicia found herself behind the young man. Due to her short stature she tiptoed ever so slightly to gently tap him on the shoulder. "Good day to you sir. Welcome to the Rune Knight head quarters. How is it we can help you today?"  she greet him with a warm and welcoming smile. She knew if it was a civilian hoping to report a crime, the best way to help was to make the civilian feel safe and secure. If the young man wanted to join the ranks of the rune knights, all the more she had to be friendly to her possible future coworker. "My name is Private, Alicia Sinclair. If you need help I can lend you assistance today sir." Her tone was soothing and welcoming, but at the same time she carried an air of professionalism to her. It could be seen how she held herself, from the way she stood, and from the way she wore all of her neatly ironed clothes. Alicia tilted her head slightly and looked up at the young man curiously. "If you don;t mind me asking, what is your name?" She quickly scanned the young mans attire, it looked nice but.... different.... the fashion wasn't something she saw everyday. She looked up at his face and noticed the antler-like horns. "I do not mean to be rude, but are you from around here?" Alicia raised one of her well groomed eye brows. She found the young man interesting, and hoped to be of help to him. 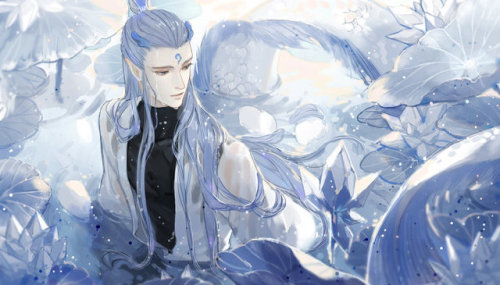 Why did their base had to be on top of a plateau? Seriously, how was an old man supposed to travel to the Knight’s headquarters without getting winded half-way up and dying of a heart attack or heat stroke? Tetsuo sigh as he glanced up the plateu, he was no old man and well, it was impossible to get a heat stroke. But he had been traveling for such a long time, and he seriously just wanted to find a nice  bed to lay down on and sleep! Ugh, the lengths that he would go just to return home. Hopefully, becoming a rune-knight would mean that he gets certain perks and advantages, such as a nice bed to sleep on, warm meals within a barracks or café of sorts, and a comfortable lifestyle that hopefully would be vaguely similar to how he lived at home. Who knows! Perhaps being a rune-knight would make him popular with the guys! Just like being rich! Then again, dating sounded so hard and Tetsuo would rather just lounge around and simply sleep through the day. As he hiked up the plateau Tetsuo could not help but long for a nice cool bed to lounge around in, and well, long for the bike that he had left in the alley way. He could go back and get it, but that would seem to be more work than it was worth.

It took him a better part of his day to travel up towards the plateau, and he was obviously tired from the minor hike, before he entered into the building or even thought about entering into the headquarters, he took a few moments to catch his breath and suck on an ice cube that he created with his magic. He was admittedly hesitant to go in, mainly because he was afraid that he was doing this wrong. What if he were to go in and he’d miss some sort of form or something that he should have done before hand? Or what if they’d deny him because he looked like some freak of nature or something? Tetsuo nervously chewed on his lips as his thoughts consumed him. No, he needed to calm down and remember who he was; he was Tetsuo Oborozuki, son of Tobi Oborozuki and the primordial goddess of winter. They would be lucky to have him, or well that is what his sister would say. After taking a couple of deep breath Tetsuo pushed open the door, and immediately regretted entering into the building. It was crowded TOO crowded. He felt his social energy particularly leave his body like some sort of demon being exorcised from him.

He was fixing to leave the building, but some stranger tapped him on the shoulder and asked if he needed help, Tetsuo immediately tensed up and turned behind him to see who had touched him. It was a relatively short girl with snow white hair that was neatly tied into a ponytail, eyes widen, Tetsuo scanned her a little more; she wore neatly ironed clothes and carried an air of professionalism about her. “I am, Tetsuo Oborozuki.” He mustered up his confidence and cleared his throat, placing on a soft smile he would fumble with his cloak. “I am um, possibly wondering if there are any positions opened within the Rune-knights…..I well, I am in need of some employment, and I think the ah, no um, that I can benefit from the rune-knights?” he stumbled over his words, and had slight difficulty articulating this foreign language. “Or um, perhaps what I meant to say was that, I think I can help the rune-knights? Or something like that?” he shook his head at her question about where he came from, “No, I am from Midi”