She looked to her partner and smiled. She was on another job and she thought about maybe attending a celebration. It sounded like fun and it was probably a lot more fun than going around doing jobs all the time. She often found that she needed some rest, even if it was just to relax mentally. She then nodded to her partner and smiled, “thanks. Hopefully I won’t need saving anymore. Meet back here later on ok?” She then ran off to try doing what she came here to do. Make some money and all that jazz. Hopefully she would at least perform admirably. Then she could feel confident doing these kinds of things on her own. 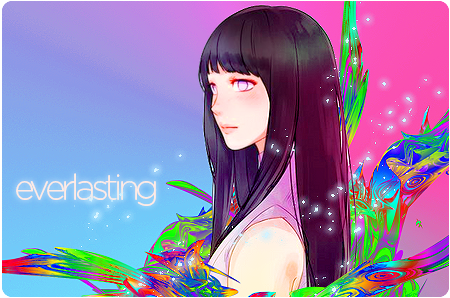 However, before she could even get started on doing her job, she was approached by a family member. She told her, “hey, I need you to come to lunch with me. The whole family is going to be there. It’d really mean a lot to me.” Ivara’s response was, “what? Why? I’m busy here can’t you see?” She then pushed her cousin out of the way and kept marching on. She had shit to do and couldn’t’ be bothered by this lady’s drama. She really just wanted to go and earn money, what was wrong with that? That was pretty much her entire purpose in life, to get money, get paid, get rich, what have you. She was going to do it some how or another. That left her with little else to do in the ways of having fun. It was nice to dream about going off on ralxing vacations but that was hardly the reality of things. The truth of the matter was that she was never going to be rich enough to go on those kinds of vacations, in her own eyes. She moved to try navigating around the family member entirely but she was stopped again.

“I’ll not have you ignore me this time,” she told her, “you’re coming to lunch and that’s final!” she snapped her fingers and suddenly ivara was frozen in space. She couldn’t move even if she wanted to. “Fuck you,” she snarled but it didn’t matter. She was carried all the way to a restaurant against her will. She was sat down, tied at the waist to her chair, and she was forced to sit there with all her family members. She hadn’t seen most of them more than once or twice in her whole life but some, the ones she grew up with, were also there. “Why am I here?” she couldn’t help but notice that there were other people tied up too. It was like ltos of people hated these kinds of forced social events. She personally didn’t’ see the oint. She wasn’t even hungry and she really just wanted to leave. But she wasn’t so rude as to deny all of this altogether. She was going to at least get some free food out of it. Wait, was she supposed to pay for her own meal? This enraged her even more. But before she could talk someone interrupted her.

“I’m sure you’re all wondering why I brought you here.” It was the cousin that had drug Ivara here to begin with, “as I’m sure you all know, I am a successful person in my field. I have so much money it is practically coming out of my ears. But I just found out I have an uncurable disease and I shall pass in the next few months. I know I don’t look sick, but it is a rapidly progressing disease that will take me by the year’s end for sure. I just wanted to at least hae one last family gathering before I go. And no, no inheritance to anyone but my kids. I just wanted to haveu guys all here whether u wanted to be here or not.” She then sat down at her chair as the waiters started bringing out food. That was kind of depressing. It was character development for the young Ivara because it taught her that maybe money wasn’t’ everything. Maybe she would do well to spend more time with people she cared about so that she wouldn’t feel like she left out so much of her life to these stupid jobs that she always went on.

Everyone was shocked for a moment, but there was something off. Nobody wanted to say anything. It was awfully quiet. Then out of nowhere there was a loud bang and the cousin that had the disease was killed. sOmeone ran off in the distance and that’s when Ivara wrenched herself from the restraints and hopped out of her chair. She was running in the direction of the noise until she reached the outskirts of the town, the person that had attacked her kin and killed someone who was sdoomed anyways and needed to be put down. She threw a tried to scare away the criminal, after that the criminal fled making the sloping forest which led to the lowest mountain range in the area. She chased the criminal down, deep into the forest and then killed him in cold blood. This whole experience had been very enlightening and had changed her for the better. Hoepfully after today she would have less value for money and more value for family. And hopefully she would have motivation to hunt down her cousin’s killer.

That was just what she needed. Some trauma so that she would have some reason to develop as a person. She spent the rest of the week studying the killer’s background and motives. He had to have some reason to kill her cousin and she was going to dig it up no matter how long it took. She should have kept him alive, in hindsight, but she was going to get the answer regardless. Judging by the equipment he had he was probably from an evil organization that needed cleansing. She just needed to find out which organization it was… Then, she found it. Now she could plot revenge.