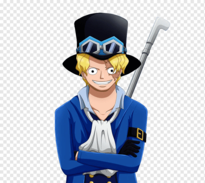 Tsuyoshi looks back at the sea. “This is going to be a great adventure. I hope I meet a lot of new people.” He gets off the boat and heads to the town of Magnolia. He greets almost everyone with a warm smile and a very friendly hello. He is walking through the village looking at all the towns shops and other buildings. It was beautiful and wonderful. The town was glittering with activity. He did not really know much about the bigger villages or bustling towns. He tips his top hat to people as he passes by. He is looking for the Fairy Tail guild hall but he ends up getting lost in Magnolia. What was he going to do. He just walks up to a stranger and says. “Excuse me good sir.” He said with a bow and removed his top hat. He continues “ do you happen to know where the Fairy Tail guild hall is?” After he got an answer he continued to the guild.

He walks into this grand building, he was shocked he could have missed this big and special of a building. He walks in and yells “Hello everyone, I am Tsuyoshi but you all can call me Yoshi,” He again bows and takes off his top hat, “I cannot wait to get to know all of you! Can I please speak to the guild master?”

Starring up at the the street sign that says "Dragonbane Avenue", Leo couldn't help but groan and wonder if he ever really did do enough for his name to be plastered like that. He looked down and thought to himself all he had done, only to be bombarded by horrific visions of death, failure and darkness. It would seem to himself that there is still a long way to go before he could be even remotely considered to be the "father" he was once was. However, he was still weighing in his heart if he even wants to be, that perhaps who he is now is better, especially at the state of the world and all he has personally been through. Perhaps... the change, is good. And as if woven by destiny, a breeze blew upon  the old man and his daughter whose hand he held as she stood beside her, while his ragged hooded robe was made to sway to this apparent wind of change and made him look towards the road away from the hall by slightly turning his head. And from his peripheral vision, he could see a very cheerful man with a top hat approach the guild happily. Perhaps he too was brought by the blowing of the winds of change, perhaps he was there to offer something new to the guild, perhaps it was a job. He turned to his ever cheerful daughter and told her that they should get going, to which the little one nodded in agreement and followed beside his father.

Upon reaching the entrance, the intentions of the stranger would be made clear. He was a mage that wished to join, and he was very energetic at that, something Leo was fond memories of and became happy that the guild is still home to such. From behind, his small bubbly daughter would wave her hand and reply "Hi Yoshi! I'm Lina! Nice to meet you!" happily. Leo smiled at his daughter, as his fondness for their energies grew, making it a bit more lively in the hall than it usually is. Once the stranger would turn around to face them, Leo would address him as well, speaking softly yet warmly at their prospect member. "I'll let my daughter here let the master now that you're here. In the meantime, why don't I, Leo, get you something to drink?" he said as he let go of his daughter's hand and seemingly skipped and hopped to wherever Mura was, looking at his office first and then go back to her dad as she doesn't know where else the master could be.

"Don't worry, this is on the house. Especially since you appear you've had a long journey. Please sit, and tell us more about yourself." he added as he walked over towards the bar, giving the bartender a slight wave of his hand, that appeared to be nothing, that only the connection between tender and patron would know seeing as the man prepared two drinks for them right away.

Tsuyoshi walks into the general room to the greetings of a young energetic child. A young girl comes running up and greets him politely. “Well Hello young lady, Lina you said. Well it is an absolute pleasure to meet you.” He bends down and reaches in his pocket and pulls out a little flower and hands it over to her.” He looked at the man and headed towards the bar. “Thank you, that would be greatly appreciated.” He sits down next to this man, takes off his hat and sets it next to him. It is very improper to wear a hat like that indoors. “I would love to sit with you Leo and have a drink. I am a young mage just looking for a good place to get his start. This is an amazing village a lot bigger than the small village I come from. It was my first time out of the village and on a boat. It was a bit rough but not too bad.” He says all this with a huge smile on his face. He takes a drink and then continues “Well Leo how do you like here? Do you like the work and the people here? Tell me a little about yourself?”
Sir Leonard

"On a boat, you say?" he remarked, amazed now that he had a slight idea of the kind of travel Yoshi had just to get here as he had spent an ample amount of time on a boat himself. The bartender came by with the drinks Leo had him made. It was the special stuff at that too, for it was a brew of his own making; Coconut Wine. He was handed two glasses, which he handed the other one subsequently to Yoshi, while listening to him with interest as his eyes locked on to his, bearing witness to the energy, youth and determination. Such things never fails to bring a bout a smile on the old man's face. He didn't mean to be brought to memory lane, especially with the questions he had about. "How I feel about this place..." he started while his gaze drifted about the hall seemingly remembering and seeing it for what it once was, shades of former members frolicking about, and him having just making sure they didn't hurt themselves. "... this place, and the people, they are from different walks of life. All coming together to be this... family. Of sorts. I love it here." he continued, chuckling a bit before the last sentence.

"To answer your second question, I'm just an old man looking after his daughter. Plenty more interesting folks around here than me." he added, as he continued to take a sip of his drink sighing deeply and calmly at the end. "What can you tell me about the place you're from? And why Fairy Tail?" he asked.

”oh I come from a simple place. A little fishing town is where I grew up. It was a slower world it seems like. Everyone is always trying to do something here, no time to relax. But when my magic started I thought I should use this power to help others. Most of the people in my village did not like my magic so I wanted to explore the world. Even if it is a little bit scary to leave home. I came to fairy tail because they accept everyone. It seemed like the best place to make friends.” he turns and looks at the man then continues ”Give yourself a little more credit. I'm sure you do the best you can and help in all the ways that you are able to. You know it is always going to turn out ok if you have good friends, good booze, and try your best.” he said this with a big smile on his face. And looking at the man who he was talking to and continued ”So where do I sign up for jobs and find some people to go on a job with I am always willing to help.”
Sir Leonard

As he listened intently to Yoshi's story, he couldn't help but frown when he had learned of his people's disdain for magic. He couldn't help but feel that his leaving was justified, however, he thinks that family is an important aspect in anyone's development in life, seeing as he didn't grow up with a nuclear one. He moved his eyes downward for a bit as he contemplated this thought while listening to Yoshi continue. Though he appreciated the young man's effort to make him feel better, to which he chuckled and stood up right after gulping down his entire mug to pat him on the shoulder and whispered to him "There are no friends here. But there is family. Come." gently and clearly as he walked towards the counter with the job board just across from the bar.  "This lad, is the job board. You can take jobs here and as for taking someone with you or helping someone out, you'll mostly find them by the tables here at the hall." he explained and then pointed at the tables from where he could see all bunch of mercenary type folks that have been quite the staple in the hall ever since the acquisition of an independent guild status. Still, relief is evident in his face when he could see that they are no trouble at all and have the same youthful vigor and fire as the guild had before its many hardships.

"Those are the basics of the guild. I am in no position to give you a guild mark." he commented as he concluded a rather basic shitty tour, personally wanting him to explore the guild by himself as he was the exploratory type in Leo's perspective. At the same time, he reached for a satchel underneath all the ragged cloth he has been considering a robe all these years, rummaging around a now depowered and ancient guild stamp he used back in the day, thinking how helpful it would be right now. But these feelings and thoughts had no place in his mind this time, and respect must be maintained. So for the time being, he thought of something that can pass their time.

"I'm really curious why your magic was not appreciated by your people. May I have the honor of seeing it for myself?" he asked politely gesturing with his hand to follow him outside through a side door where there's a wide open space from them to go crazy on.