To Earthland and Beyond! (Kyra's Passport Update) To Earthland and Beyond! (Kyra's Passport Update)

This wasn't Kyra's first time in Rose Garden. With her parents being reasonably well off courtesy of their jobs, they'd regularly visited the town on day trips, and she absolutely adored the place - even if it did lack the technological stores that she craved, the way they utilised lacrima everywhere else in the town was a sight to behold. But today she was here for a reason outside of leisure (although she fully intended to browse the stores and taste the many amazing cakes that were found here). She was here to renew her passport. Whilst hers was still in date, joining the Rune Knights required her to have it updated so that she could travel for missions and not end up detained herself.

It seemed the rush for passports had reduced in the years since she'd gotten her first one. Back then it was a new and exciting item and everyone wanted one so that they could see the world outside of Fiore's borders. But now there were only a handful of people queued up to get a passport, either because they were now old enough to get one or, like Kyra, they needed to get theirs renewed. The staff at the passport office seemed a lot more relaxed than they did the last time Kyra had come here too, clearly less customers and more experience making their jobs unfathomably easier.

As the queue thinned out and she got closer to the desk, Kyra was able to hear the clerk's voice. Something about those dulcet male-yet-feminine tones seemed very familiar so she popped her head out of the queue and tried to spot the owner of the voice, but to no avail. She put a finger to her lips, desperately trying to work out who the voice belonged to. She had an idea as to who it was, but she couldn't be sure without seeing them. Then, just as she was about to approach the desk, the voice broke out again in a shrill shriek.

Before she could properly prepare herself, Kyra was tackled by a larger body that damn near knocked her off her feet. Then she knew exactly who it was and wrapped her arms around the barrel-chested man that had grabbed her, embracing him as tightly as she could. "LEELEE!" she squeaked back in excitement, barely getting the words out courtesy of the crushing embrace she was stuck in. He'd always been unaware to his own strength. "Too tight Lee. TOO TIGHT!" she added quickly as she felt the air being squeezed from her body.

Thankfully the grip loosened and, after taking a moment to catch her breath again, Kyra looked up at the face of the man. It was a man name Lee Aldershot, one of her classmates from her school and the one friend she'd stayed in contact with since graduating. He was a large, muscular young man who was somewhat less technologically knowledgeable than Kyra was and, unfortunately for the girls who drooled over him, was not at all interested in the females outside of being best friends with Kyra - who he'd affectionately named 'Kiki', a name she now used herself. His lack of knowledge hadn't stopped him from graduating the year after Kyra though, but his route of choice was to work on improving vehicles for public transport and trade. It suddenly made complete sense as to why he was working here - whilst he would be stuck dealing with customers most of the time, he'd get to look at the vehicles up close. It was a small step in his ultimate goal.

"I already know why you're here, you little genius you! You need your passport updating right?" the man said as excitedly as ever. "I'm so proud of you Kiki! I knew you'd get in! You always had that focus y'know?" he continued, taking the passport from Kyra's hand and rushing back behind his desk. She didn't even try responding to him right now - when he got excited like this it was damn near impossible to get a word in. Once he'd calmed down though Kyra finally spoke up. "Yeah I got straight into the Engineer Corps too. It's super interesting. I've gotten so many great ideas for what I can create." she replied happily, to which Lee grinned. "Typical Kiki, I knew you would! Your brain never stops does it?"

The man fiddled around with some paperwork, then lifted the passport up so that he could compare the photo on it to Kyra. "How do you look no different? That's so unfair!" he laughed, causing Kyra to laugh in response. "That makes two of us! You're looking great!" she replied, to which Lee blushed slightly. "I guess my efforts to stay healthy are helping my appearance too!" he stated, flexing his muscles a little.

The pair laughed and joked and reminisced as Lee went through the motions, getting Kyra to sign a form to agree to the passport update and all the other boring paperwork that Kyra hated but knew she had to do - and realised she'd have a lot to do once she started doing more work with the Rune Knights - and before long he had returned the passport to her, with the addition of a pair of new stamps on it; one with the crest of the Rune Knights and one with the updated travel options. "Don't you dare be a stranger Kiki! I want to hear EVERYTHING that you get up to!" Lee warned the Rune Knight, to which she bowed with a giggle. "I wouldn't dare leave you out of the loop!" she replied. The two embraced one last time before saying their goodbyes - as much as they were both happy to see one another, they both had work to be getting on with. Kyra watched Lee work for a few moments, a proud smile etched upon her face. Of all of her friends from school, he was the hardest working and most pure of all of them. The sight of him doing what he loved had lit another spark beneath the already energised Rune Knight. She would have to work super hard if she wanted to keep up with him. And that meant getting back to work ASAP. 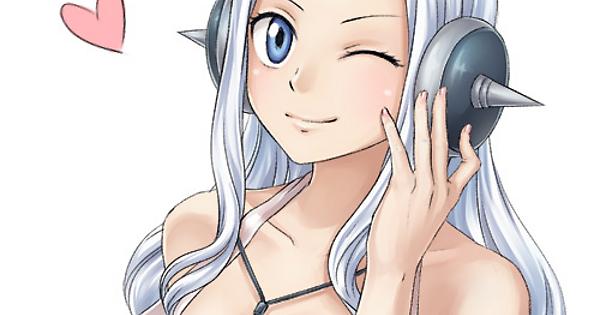