The Ticket to a Larger World 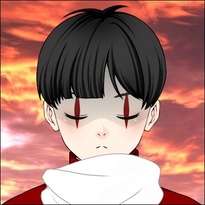 The Ticket to a Larger World

"Looks like it's that time of the year again...", Billiam Feyson dusted off the flour on his hands without looking away from the dough he was kneading, it seemed as though he just remember something important was taking place today. "If you've got nothing planned for the next few days, we'll be going to Hargeon for a Marketing Conference and maybe even update my Food Servicing License." Mars nodded, having lived in Magnolia for probably more than two months by now, was actually curious as to what was beyond the little town he currently called his home. With a puzzled look, the domesticated barbarian only had this as an inquiry, "With us, bring stuffs, yes?" The apprentice baker, remembering that he was also working on something, continued flattening out a sheet of dough with a rolling pin when Billi gave his answer, "Eh... nothing much... a change of clothing, first aid kit a--" The head baker stopped what he was doing and took a good long look at Martian as he continued his part of the job, only for the boy to look back at his boss with another look of puzzlement.

Throughout the entire time that Billiam knew Marian Moonie, what astounded him wasn't the fact that the strange manchild had the voice that would have belonged to a big and burly manly-man, it was the fact that this once feral creature of a boy was able to actually say something at all. Perhaps he was already able to talk and that Billiam somehow reached a high-enough level of trust, or this could very well be the very first words that Mars has ever said. What, with his idiot brother claiming he found the boy when he was four and then dumping him on his hands, the unassuming owner of a bread store just thought that his young ward/employee was a babbling cave-boy who had no grasp at the common language. All those flashbacks of Mars clicking his tongue and screaming "EBOLA" at the top of his lungs, while they were hilarious, were also not very good indicators that he was able to say anything else.

The duo from Magnolia eventually made their way to Hargeon and immediately fell in line behind a few people who were also trying to get a hold of their own passports. Things were going rather uneventfully other than Billi having to pull Mars back in line because the young weirdo saw a sparrow fly by and wanted to chase after it. When it finally came to be his turn, the staff were especially meticulous at helping the idiot youth fill out the necessary documents and follow specific procedures like holding still while taking a photograph, indicating his country of origin in the right question box, and most importantly, making sure Martian wrote his name-- one of the few things he knew how to do well enough-- on the line next to the word "Signature". "Ok Mars, listen... listen... this little book right here lets you go to any place you want outside of Fiore... this is a very important item that only you should have. Don't. Lose. It." After nodding exuberantly and carefully tucking away the new passport-- his new passport-- the two would stop by a local candy store and then call it a day before returning home the next morning.