Kenzo Gets a Passport

Kenzo Gets a Passport 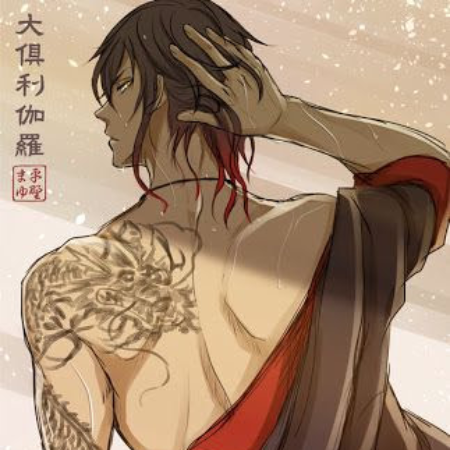 Kenzo Yonokaze
It is not the light that we need, but fire.
HP: 000/000
MP: 000/000
Active Spells: Spell 1 (duration), Spell 2 (x/x posts), Spell 3 (x/x posts)
Cooldown: Spell 1 (x/x posts), Spell 2 (x/x posts), Spell 3 (x/x posts)
Passives/Buffs: Passive 1, Buff 1, Buff 2 (only for those that currently apply)
Items Used: Item 1, Item 2
Monsters Killed: x/x
Well, the time had finally come. Kenzo could put it off no longer. He had to get a passport. Without one, he couldn't accept jobs from other countries, or even travel abroad. That put a damper on his plans. So now the Demon Slayer found himself in the crowded streets of Hargeon Town, attempting to navigate through the press of bodies to the passport office. Inwardly, he was seething. He hated crowds. He'd been a loner all his life, with a few notable exceptions, and preferred the company of stillness and silence. Hence his reluctance to perform this task, however necessary it was.

The fire mage did his best not to let his annoyance seep out. Fire magic, especially Slayer magic, was tied closely to the wizard's emotions, and if he didn't keep a tight rein on them, bad things could happen. As it was, the air around his body heated up, quickly reaching uncomfortable levels. This had the happy side effect of causing the crowd to part around him, giving him a clear path. But as his annoyance faded, so did his bubble of heat. Fortunately, that annoyed him enough to bring it back, and he strove to maintain that low level of irritation that kept others out of his way.

After a frustratingly long time, Kenzo finally reached the passport office - and his heart sunk. The queue wrapped entirely around the square, blocky building, guiding by those annoying rope lines. As he stood there watching, it took thirty minutes just for the line to inch forward by one person. At that rate, the office would be closed approximately an hour before Kenzo reached the doors. He didn't have time for this.

With a growled curse, he reached deep inside himself, to the cold well of power and drew it out, causing his skin to quickly pale to white, then take on a metallic sheen. Clad now in armor of steel, he clanked forward, inwardly blessing the fact that he was wearing Dies Irae's uniform. That coupled with his silver-white skin and the aura of shimmering heat hovering around was enough to cause people to get out of his way in a hurry.

"Official guild business, clear the way." he said loudly, his voice like the grating of rock on iron. He was probably going to get a reprimand from the Ambassadors for abusing his status, but he didn't care. As the line shuffled to the side, he strode through, the bending of his joints screeching with the sound of metal on metal. He quickly reached the head of the queue and pushed inside the office, finding the next open counter and clanking to it. "I need a passport." he grated, plunking down a pouch of Jewels. The woman looked at him with shock, then nodded hesitantly, ordering him to face the camera. Kenzo withdrew his metal skin for long enough to take the picture, then called it back as he stood back to await the printing of the passport.

Finally, he collected the pesky item and clanked out of the office, heading back to the boat that brought him from Amber Island. It was time to go back home.