I don't need to read to destroy! 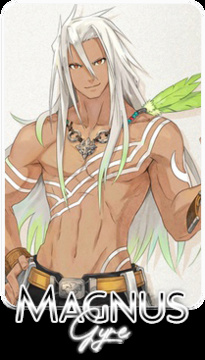 I don't need to read to destroy!

It had taken Magnus longer than he would've liked to make it here - it was as if this entire job was an elaborate test for him. He'd received a letter a week ago from some unknown person. Of course the issue there was that Magnus was unable to read, and he wasn't ready to potentially embarrass himself by asking someone in the guild he had literally just joined. He had to think outside of the box and, just as he was giving up hope, he remembered - that passport lady from Hargeon! So he had made the two day trek to the port town and appeared in the passport building, only to find that she wasn't working. He was about to give up hope but, as luck would have it, she appeared behind him just moments later - he wasn't exactly hard to spot, nor easy to forget - and he explained his situation. She read the letter aloud - her eyes growing more panicked as she read further in - and immediately warned Magnus not to listen to any of it and that is was dangerous. So, naturally, Magnus completely disregarded the warnings and headed out to the Ancient Ruins that the letter had stated.

Now that he was here, it was clear to see why this was the location the mysterious stranger had suggested to go - the monster the stranger had painted on the back was some type of a winged monster made of stone. A place such as these ruins was filled with such statues, any of which could be a living creature. Magnus grinned a stupid grin. There were countless statues here and more than one of them could be one of those creatures. All of them could be. He liked those odds. And he was pre-empting them as he approached each and every statue he could see in the immediate vicinity and smashed his fist through their heads. This went on for some time with a total of twenty-three statues broken before Magnus stopped dead still at a noise behind him. But before he could turn to see what it was, he felt something slam into his back, sending him flying forward several feet. He caught himself in mid-flight, using his hand to flip himself upright and land back on his feet facing his attacker. It was indeed one of those monsters - a gargoyle around a meter and a half tall that was already flying at him again to throw all it's weight at him. But this time Magnus was ready.

He launched a burst of chaos magic directly at the gargoyles face, causing it to change direction mid-flight and smash into the floor a few meters away from him. He was immediately on it again, surging forward and slamming a fist into the creature as it attempted to get airborne again, causing it to get flung backwards and slam into the ground once more. Realising it was at risk, the gargoyle immediately turned fully to stone and, Magnus immediately realised, began to repair itself. Magnus chuckled as he put a hand up to the skies above him "Clever...but foolish...

He brought his hand down and a large beam of black and white magical power shot down from the heavens, landing directly on the stationary creature and shattering it on impact. When the light finally dispersed, there was only dust remaining.

Magnus smiled, the sighed as he realised something else - he'd have to get someone else to write the letter to say he'd destroyed the gargoyle...and that meant telling Passport lady that he'd completely disregarded her advice.

Why was Fioran culture so hard?