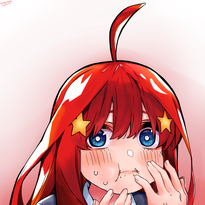 Moorjos was at his new guild hall staring intently at the job request board and thinking which one would be the ideal first job in order to make a name for himself. There were jobs that looked extremely hard and jobs so easy that one could even call them errands. Amidst all that chaos however was a flyer that looked more like an advertisement than anything else. The advertised product was called an iLac, a brand new, cutting edge, lacrima technology device with a multitude of uses that could be used by everyone. Moorjos went to the reception desk to ask for more information since this didn't look like a job at all and learned that apparently if a mage is willing to travel to the company's headquarters located in Neutral Grounds he could get one for free. The jewels in his possession were barely enough to cover his traveling expenses but the device seemed to be so useful that still made it a bargain. His actual first job could wait a little bit more.

The journey to Neutral Grounds was, thankfully uneventful but as soon as Moorjos arrived to the bustling metropolis he realized something he had completely forgotten about. Magic didn't work in the city and the surrounding area. He remembered his private tutor back at the Moore family mansion talking about the city, and the strange phenomenon happening within its bounds, when he was teaching him about places of interest for the family's trading businesses. That detail he forgot though filled him with a feeling of mortal dread. What if that meant that the magical seal on his eyepatch would stop working and the Dark Lord would be released? He put both hands on his right eye and tried as hard as he could to suppress Him while bracing himself for the worst. But nothing happened. After he calmed down a bit he realized that he couldn't feel His presence anymore. It seemed that the Dark Lord, as a magical being himself, couldn't possess Moorjos inside the city. It was finally time to do something he was dreaming about for so long. With a swift movement of his hand he removed his eyepatch, the one who for so long obstructed his right eye's vision in order to keep Him at bay, while a feeling of insurmountable happiness filled him to the brim.

Moorjos was whistling and skipping happily for the entire road to the iLac company's factory despite some of the weird looks the bystander gave him. This was his golden opportunity to see the world like a normal person and he was going to enjoy every minute of it while it lasted. When he finally reached it, he went straight for the reception desk. "Hello. My name is Moorjos and I am a mage from the West Fiore Trading Company. I saw on one of your flyers that I could receive a free iLac if I visited here. Is that correct?" The lady from the reception desk looked him up and down with a look of disbelief on her face. It wouldn't be unthinkable that  some people would try to scam them by pretending to be mages, especially kids whose parents refused to buy them one, so her look was more or less justified. "Yes sir. As a way to promote our new product we decided to make it free for guild registered mages for the foreseeable future. Firstly you need to fill this form with your information in order to make you your personal iLac account. Then you need to show us your guild tattoo to prove that you are indeed part of a mages guild." When Moorjos finished with the paperwork the lady went inside the small room behind her and brought out a brand new iLac. "Here you go sir. The iLac is an amazing tool for anyone, not just wizards, that lets you communicate with people far away if you have their personal ID number. You can also see the weather, read the news or even look at funny videos and pictures all day long if that is something you fancy. And of course you can gain access to lacrima net using this device. Remember to recommend it to everyone you know if you get satisfied with it." Moorjos thanked the lady, took his iLac and went on his way. As he put his eyepatch back on he felt sad that he had to leave the one place in the world outside the Dark Lord's grip but at least now he had a useful tool in his possession.