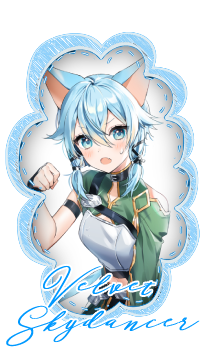 Numb. There was no other way to describe this feeling but that. Kara stood in the center of Hargeon Town, staring up at where the Lamia Scale guildhall had once been, oblivious to the people looking at her and whispering as they passed her by. She heard her name mentioned once or twice, but hearing it and registering it were two completely different things. She simply stood there for a time as the memories flooded back from her time in the guild. She had wondered why her guild mark was fading whilst she spent her time in Pergrande, but she assumed it was simply due to being so far away from the guild and Fiore. She didn't think for a second that her guild had just...gone.

Finally she snapped out of it. A girl stood staring into space wearing the shirt and skirt combo she was wearing in the middle of town was an easy target, especially with no obvious mages around to back her up should things go badly. Besides, no guild meant no guildhall. No guildhall meant no job board. And no job board meant no money. She had to find somewhere else to earn some money fast otherwise her already crappy situation was only going to get worse. She looked around the immediate vicinity but, with how late in the day it was, most establishments were closing or already closed except for the taverns. She couldn't work there. Not right now. Looking for work this evening would prove fruitless, she knew that, so instead she began thinking of where she could sleep. With a goal in mind, she set off through the streets of Hargeon, focusing hard on listening for potential threats.
_____________________________________________________________________________________ 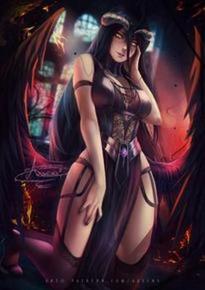 Rekka was in a place she remembered well., it was the former home of Lamia Scale, they appeared to have vanished, the guildhall, long gone which only made her smile inside. She was so excited to see so many people that had caused such a pain in her plans were gone, however, she could only smile as she saw a lost little dove. Oh, she knew who this was, former ace of Lamia Scale, oh this was delightful. The sad expression on her face, the little dove returned to an empty nest. She would begin to follow the woman traveling from shadow to shadow, unseen, unknown yet able to see the suffering the girl was feeling.

She would continue to follow her as she would finally speak up, time to test her sanity and see how well off she truly was. She had such devious plans for the lost and lonely dove, yes such wonderful plans.

"Oh little dove, are you sad, is your nest gone. Have you had your wings clipped, has your light in the world become dark? Do not feel sad, all doves should leave their nest eventually, but what's this, the sad state of the world is still here, you made no difference, all the bad still remains. Aw, you fought so hard for nothing, you accomplished nothing in this world, did you think you really made a difference, you sad and foolish dove, I almost feel pity for you."

As she walked down one street Kara suddenly began to feel cold, as if she were being watched. Unfortunately her fears were confirmed as an icy voice seemed to whisper to her from all sides. "Oh little dove, are you sad, is your nest gone. Have you had your wings clipped, has your light in the world become dark?". Kara came to an abrupt halt, her arms remaining by her sides but her hands balled into fists, ready for a fight should this voice be coming from a threat. Many thoughts crossed her mind on who or what might be speaking to her, but before she could think too hard the voice cut through the evening air once more.

"Do not feel sad, all doves should leave their nest eventually, but what's this, the sad state of the world is still here, you made no difference, all the bad still remains. Aw, you fought so hard for nothing, you accomplished nothing in this world, did you think you really made a difference, you sad and foolish dove, I almost feel pity for you."

Oddly enough the voice wasn't entirely wrong; she was alone right now, with no guild behind her, Marick was gone because of the cruelty of the world. Things were crap, that much was for certain. But one thing was for sure.

"I achieved what I fought for. And whoever or whatever you are, you're an idiot if you think that would hurt. I can't change the world, especially not alone."

Rekka would laugh as it seemed again out of nowhere, she seemed to be so full of herself, Rekka would simply prove her point. Before the woman Rekka would begin to form out of the shadows smiling as she did. After fully forming she would do a small bow her wicked smile still covering her face.

"I am sure now that you have seen me know who I am, if not I am Rekka Lawless, the rumors likely made it all over. Though, I was never convicted of crimes due to the justice system needing evidence, quite sad when none can be found. I will tell you exactly why you made no difference, your guild which would have been your legacy is gone, not the only guild taken out mind you. The world is as corrupt as ever, the magic council and rune knights simply stand by and do nothing, your efforts to improve the world clearly had no gains."

She would continue to walk a few steps watching a man offer some donations to an orphanage, he seemed like such a good man. However, Rekka knew the truth as she would motion for the woman to follow her.

"You may hate me because I am the worst person ever, but really I am not I don't hide the fact I do bad things, this man should make your blood boil. You see he offers to charity and is considered a wonderful man in this city, but he is most certainly not, he is evil to his core."

Rekka would continue to walk as she motioned to go to the back of the building the man was now entering, the windows were blacked out and impossible to see through. Rekka had no issues with this however as she would simply slide her hands into the lock using shadow to shape a key and open it up. Inside it was dimly lit, it smelled bad, in fact, it smelled like a toilet, the stench of not only death but human waste filled the air. As they would continue forward the sounds of crying could be heard, rows of doors stood between the two as they passed they could see inside was young women. Many greatly malnourished but all of them stripped of all clothing.

This girl was nuts. Kara had stupidly followed her further down the street as Rekka attempted to show her how corrupt the world was. Of course there were two things that Kara knew here; the first was that Rekka had been a notorious criminal prior to her disappearance before Kara herself had left Fiore. The second was that this man, whom Rekka was showing was a monster in angel's clothing, wasn't entirely unknown to Kara either.

She'd been an Ace in Lamia Scale, had known Hargeon Town like the back of her hand - until she left at least - and knew full well how corrupt this man truly was. That orphanage was like a business to him, and Lamia Scale had attempted to deal with him before. However, much like Rekka, he'd evaded it all due to lack of substantial evidence and, thanks to his regular donations to the orphanage, everyone saw him as a respectable figure in spite of the allegations. Did this mean Kara hated him? Absolutely. Did Kara want to destroy him? 100%. But there was where the similarities ended between her and Rekka. She knew full well that Rekka would happily 'deal with' the man without repercussion - like her other victims, he would just disappear and admittedly Kara had no idea how she pulled that particular part of her work off, nor did she want to know - but Kara wouldn't do that. She couldn't. And suddenly it clicked what Rekka was getting at. She saw Kara's hesitation, her refusal to do dark deeds for a greater cause, as a weakness. She wasn't entirely wrong; Kara was weak on her own, at least in regards to this scenario.

Kara stopped, refusing to step through the door despite Rekka unlocking it before her. "You're right. The world is corrupt. Many people are two-faced monsters and would sooner throw you to the wolves than help you if it lined their pockets to do so." she began coolly, before turning her back to the building. "But that doesn't give anyone the right to become a monster themselves. If you want to do your thing with that man, I won't stop you. He has it coming for the lives he's ruined. But if he dies then his funds to that orphanage are gone. Those who have been fortunate enough to benefit from him and escape unscathed wouldn't have done so without his funds. It's corrupt and disgusting and I hate it, but unless the orphanage gets funds, it will close. If it closes, those kids end up on the streets and they either die, or they end up in one of those places anyway.

I tried to stop it. And you're right, Lamia Scale collapsing has only allowed him to continue unchallenged. But if I have to give up everything I am and everything I've learned in order to 'make a change' on my own, then I'm no better than he is. You enjoy being a vigilante monster, Rekka. But let me make it clear - one day I will become powerful enough to stop it."

Rekka listened to her words and could only help but laugh, so she knew about all this and did nothing because she had no evidence. They were standing in evidence yet this was not enough what a joke the legal guilds were. Had they acted when she was younger she would not have gone through what she did, but since her family had the influence they chose to ignore everything, this is exactly why she gets vengeance for those without a voice.

"This is exactly how people like me are made, I had a family full of influence, did the Rune Knights save me, no, NO THEY DID NOT. I saved myself, I had to save myself, and I refused to let anyone else go through what I did. This is exactly why people like me are made because you pussies stand by and do nothing at the suffering of others because you need absolute evidence. Here we have all the evidence we ever need, but you know you would tell them you are bringing a warrant, someone would inform him and he would have all this cleaned out like nothing happened. This weakness is why legal guilds and the Rune Knights are nothing but a joke, you cant move against the nobility or the political figures, it's over your paygrade plus, your little rats would let them know regardless."