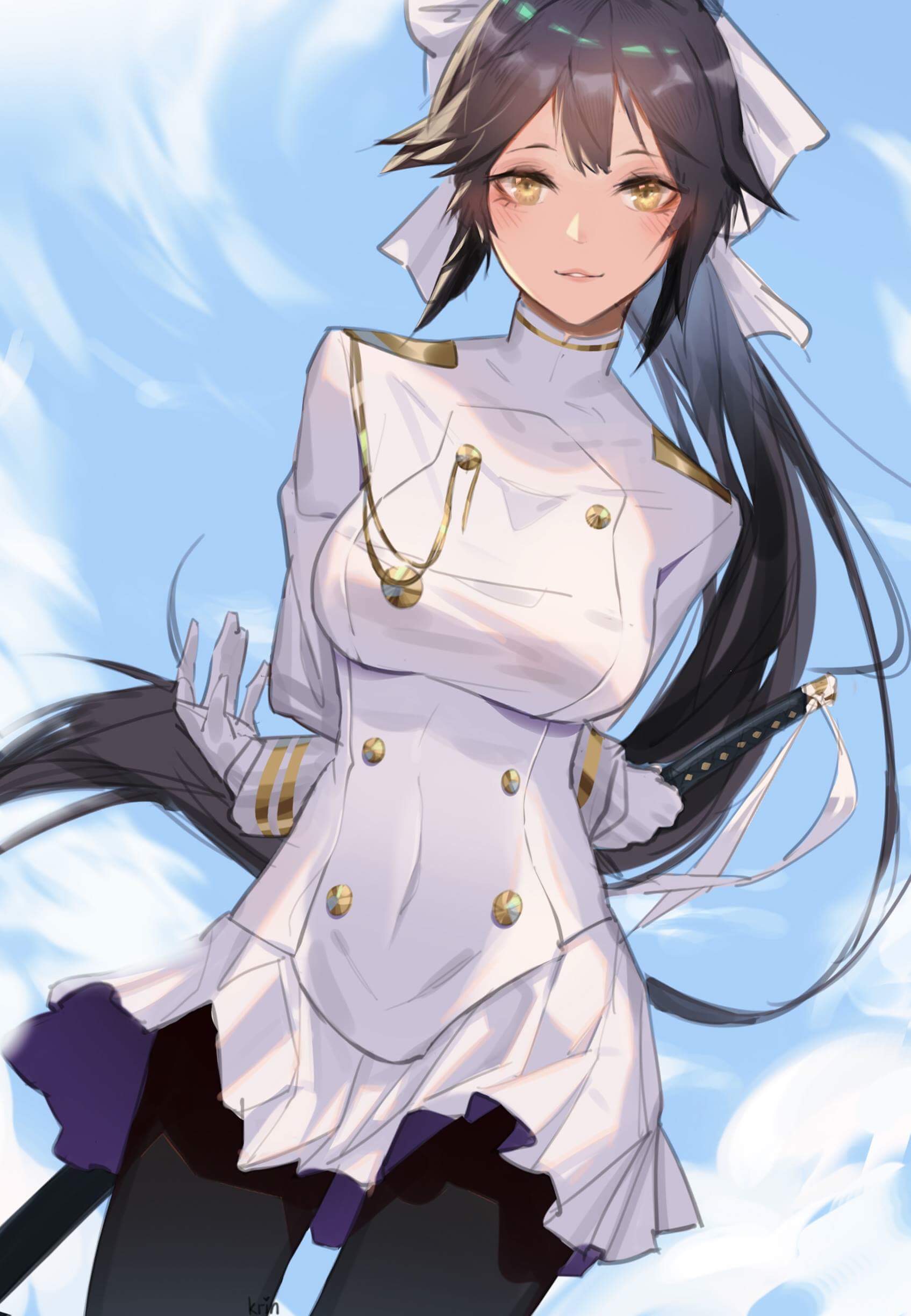 After completing a few more vigorous tasks, Cierra was actually quite up for a quieter one and today's job certainly counted as that. All she was doing was simply loading a few boxes onto the ship of a sailor. There was nothing all that difficult about it and at least it gave the girl a chance to give her arms a work out, which was always handy. She was a strong girl anyway but with the strength that she had gained from her magic and training, Cierra could move heavy boxes around as though they were nothing. The Captain was certainly impressed and had even offered a chance to work for him full time. She had declined of course but it had brought a smile to her face anyway. The Goddess had been so busy lately with combat jobs that she had been neglecting herself somewhat and despite her status as a Deity, even she needed rest from time to time.

Once the ship had been loaded, the pair set off for River Village and were quite comfortable in each other's company. He was not that much of a talker but he was a good listener, allowing the Deity to bend his ear about her accomplishments and story. He asked the right questions although she could tell from the look in his eye that he did not approve with her methods. That was to be expected, of course but he did not go as far as to criticise her. That would have been a mistake and he knew it. In truth, he had heard of her before and was well aware even before he met her of her more violent tendencies.

Everything seemed to be going swimmingly until a heavy weight suddenly hurled itself against the boat, rocking it and causing both of those aboard to stagger. Cierra quickly moved towards the point of impact and looked over the side. Through the clear water, she could see a shadowy mass underneath and as if it could see her watching her, it suddenly dashed up towards the surface. It was a massive great shark with a powerful set of jaws that would just love to sink into her skin. Annoyed, she struck it with a vicious punch which sent it tumbling back into the depths. It seemed to be the end of it but after a couple of minutes, the boat was struck again by another large mass smashing into the side of the boat. Annoyed by this, the pink haired girl’s eyes flashed with anger.

Without another thought, Cierra leapt over the side and into the water. She was able to breathe in water as easily as she could on land so there was no problem with that. There was no need for her to try and find the shark either because as soon as she jumped in, it turned towards her and charged. Dodging to the side, she grabbed hold of the shark's tail as it passed and struck it hard with a magically aided punch. It lacked the speed due to the water but the magical force was still there, causing the shark to reel in pain. Not letting go, she kept it in her grasp and delivered a flurry of left handed punches to it, before finally letting go. It did not seem to want to hang around either as it quickly vanished into the depths.

Heading back to the surface, she then quickly clambered back over the side and into the boat, to the amazement of the Captain. It seemed that he would have a tale to tell after all, about how the crazy mage who dived into the water to fight a shark. The rest of the journey passed without any more problems and the ship soon arrived at its destination. It was then just a simple job of unloading the cargo to the grateful villagers. They sure seemed happy to get the items and sung the praises of both the Captain and the mage, much to the bemusement of both of them. It was only stationary after all. Why on Fiore were they so excited about that?

Anyway, the pair soon clambered back on to the ship and made their way home. There was little to talk about on the way back but in a way, Cierra actually appreciated a bit of time to herself. Her life was such a blur at the moment and her travels were taking her all over the place. Perhaps when this job was over though, she would take a moment to just pause and reflect. An idea that she knew her Godly partner would not like. A moment not fighting or causing mayhem was a moment wasted to her. That thought caused the mage to smile as she was starting to feel the same way about it. Would she rather be living a normal life then the one she was living now? Hell no. She loved every second of her travels and would not trade her life for anything.

Soon enough, they arrived back in Hargeon and the pleased Captain happily paid her what he owed her, before setting sail once again, leaving her on the dock. Cierra had to admit that he was all right for a male and she hoped that he would find success in his future seafaring adventures, hopefully without running into any more sharks. After a minute or two watching the dock, she turned and took her leave of the place, ready to move on once more although where she was heading was a mystery to her, as it usually was. There was always another job to do although she was beginning to wonder if perhaps she would find one of her Godly kin soon. They had been awfully quiet for too long and she knew that they would no doubt be scheming against her. For now though, it was another successful job and more jewels in the kitty. What more could she ask for than that?