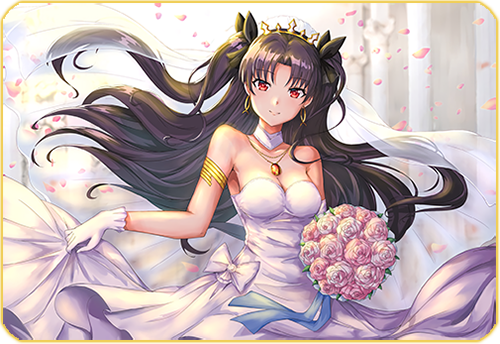 I can be your sugar when you're fiendin' for that sweet spot
Put me in your mouth, baby, and eat it 'til your teeth rot
Lilith Kadokawa
Lilith liked to think of herself at quite good at picking up signals, especially when it came to flirting. She was more than happy to make the first move in any situation, which in this case she had. Although she had gone with a more subtle means of doing so, this was all just for her to test the waters to see how he would handle her approached. If he recoiled, or become closed off then he wasn't interested. Fortunately for Lili, he had neither of those reactions. The touch had distracted him, not in a bad way. Not at all - this much she could tell.

As he answered her, her smirk would only widen. Mmm, yes. There was definitely some hints there, but Lilith was tired of beating around the bush. It was time to play. "A treat indeed. I felt the same the moment you kissed me, and if I'm honest..." She slide off her chair, leaning forward she would close the distance between them. Teasingly, she would move as though to kiss him, although stopping barely centimetres short of his lips. "I wouldn't mind exploring that a little more." Her eyes rose to him, the full intent of her words behind them. Her front would press against his, allowing him the feel of her curves against his hard muscles. Her arms snaking around his in a playful embrace. At this point she was ready to have him all to herself that was, if he was willing... Dagda
Just call it an adventure and it ain’t so bad!
Job: Valentine’s Event
Post Word Count: 163
Job Word Count: 1,640/3,560 (Continuation total)
Muse: Daddy/10
Music: BAD 4 US
Items Used IC/OOC: Item 1, Item 2
Active Spells: Spell 1 (Duration: x/x)
Dagda was done for. Lili had invaded his personal space and was more than welcome. She was overtaking all his senses, from the sweet scent of champagne on her breath to the way her body was flush against his own. For a moment, all the bustle of the wedding guests disappeared in the background. Rational and sensible thought was long gone. There was only desire. I can be your sugar when you're fiendin' for that sweet spot
Put me in your mouth, baby, and eat it 'til your teeth rot
Lilith Kadokawa
Lilith's emerald eyes would watch his response, lapping up his reaction with great satisfaction. There was just something so enticing about getting what you want, and Lilith was very much used to getting what she wanted. There was few hill or obstacle that could stop her from obtaining something once she had set her sights on it. And even then she often found a means of compromising, unless the situation was truly a lost cause. Of course, that hadn't been the case for Dagda. In fact, she had predicted that this might have been a possibility the moment she had laid eyes on the titan and made every move in anticipation of bringing it to fruition. She for one had known that exploring what pleasures would come from an evening with such an attractive man of such impressive proportions was something she was hungry for.

Enticed, he would steal a kiss from her lip, closing the distance. Her eyes would close and she would sink into it, moving her lips against his, sensually and with the immediate heat of a woman who wanted more. It was all just so delicious, the feel of his mouth on hers, the firmness of his hard muscle pressed against her body. Such sensations only promised so much more for the woman to explore, and she was keen to get started. He pulled away, leaning in to whisper a tantalizing suggestion in her ear, to which she would chuckle softly. "Mmm, you read my mind." She purred back at him, listening to the rest of his suggestion, but entirely distracting by the tickling of his fingers as they traced her lower back. It took great restriction for the dark-haired vixen to pull herself away from the man.

"Oh they'll give us one, I'll be back in a moment." Sliding out of his arms, she would turn on her heel. Swaying her hips playfully as she strode across the hall, her emerald eyes now the colour of rubies as she sought out the event organiser. The one who kept interrupting them from earlier. As soon as she spotting him, she closed the distance in a matter of moments, rounding on the man so fast that he jumped at the sight of her. There was a rather unpleasant exchange of words between herself and the event organiser, one that would result in his quick nodding as he agreed to her terms before scurrying away. After a few short moments, he would return would a key in hand. Quickly passing it over the Lilith before rushing away to get as far from the Ravenette as possible.

Twirling it around her finger, she made her way back across the room to Dagda. When she reached him, she would lean in and claim for herself another heated moment with his lips, a promise for the night to come. After enjoying a very indulging exchange, she pulled back, whispering to him once more and she took his hand in hers. "Shall we." Then turning from him, she began to guide him out of the wedding hotel toward their designated room for the night.