This is Getting Out of Hand! Now There Are Two of Them! This is Getting Out of Hand! Now There Are Two of Them!

After joining Dies Irae, Illya thought that her career as a musician would come to a complete halt. Amber island was well far away from any land, and Dies Irae never truly gave off an air of being welcoming off the bat. It was a surprise, then, when she found out there was a letter addressed to her.

"Dear Miss Illya Pegasus,
Hello! It has been some time that I've spent in search of you once more. I am Morin Huur, and I have been looking for the greatest musicians that the world has to offer for a one-weekend event within Lavanitir Port City! After having some of my cohorts hear your performances, whether it be in the context of your previous idol work or some of the instrumental concerts you have performed, I am pleased to inform you that you have been invited to perform! On Friday, we shall open the doors for any small ensembles, while Saturday is open for solos and Sunday is for a mass group performance. The orchestral group is fully optional, though I highly recommend you join us for the small ensembles and solos! Alas, by the time you receive this, it will be a very short notice, but I would be so enthused if you would join!"
As soon as she had read the letter, she had begun to pack her things in preparation for traveling to Lavanitir. And so, mounting Yemaya, she set off from Amber Island, ready in preparation for a re-introduction into the musical world. The journey itself did not take too long, but upon entering the performance hall, Illya was met with a beautiful array of sounds. The taste of the different tones, the each one richer than the last without a single sour note out of place swirled into a harmony of colors, melting in Illya's mouth and painting a beautiful picture in her ears.

She took a deep breath in, letting the atmosphere of the hall fill her with satisfaction at the bubbling sounds playing from so many talented people. It became too much to bear for the girl, she realized. So, in a moment of pride and self-confidence, she closed her eyes, focusing all her energy on summoning forth a piano to begin playing on. She knew that she was probably better than all of these people that were here, and she wanted to prove it. It was a sense of pride for the Sound Slayer that she was so naturally gifted at music, perhaps due to how integrated the lacrima was into her body.

She sighed, a bit weakened from her already lackluster skill in magic being used on something as big as a piano to be summoned. Clenching her eyes tight as she took a seat at her piano, she steeled her resolve for a performance. It was not for anything. It was not a performance that would be seen by the masses. It was not a performance that meant anything at all. It was just a stubborn show of pride, which Yemaya warned of as she leaped to the top of the piano. Illya burst her eyes forth, letting her fingers dance across the keys of the piano as she proved her prowess with something to keep the spirits of the hall bright. 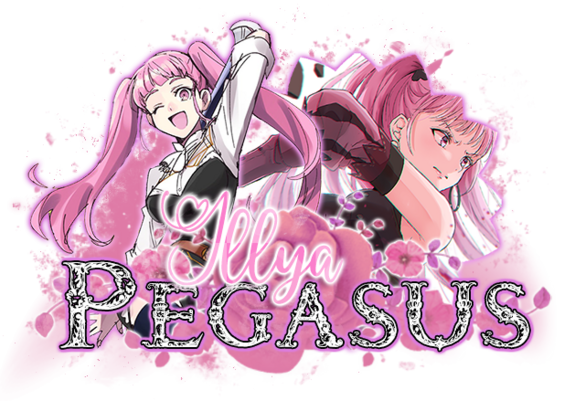 Re: This is Getting Out of Hand! Now There Are Two of Them! Re: This is Getting Out of Hand! Now There Are Two of Them!


Illya had finished her song, a smile on her face. It was a cold performance, with no preparation beforehand, but she was still confidant that she was the most talented musician there. She examined the faces of the crowd of musicians, showing their array of emotions. Excitement, impressed head nods, even a few looks of scorn from some of the more elderly folks. There was one, however, that looked different from the rest. Just from a glance, Illya could tell he was no amateur. The green-haired man was close to Illya, and she had not even noticed when he got there. There was a calm, soft look about his face as he complimented her playing and asked for his own turn on the piano.

"O-of course! I'd be glad to!" she said, a cheery smile plastered on her face as she removed herself from the summoned piano. She tasted the taste of his voice, which Illya had recently realized was something she always did, whether she meant to or not, but she often filtered it out much as one would do air. Not unless it was potent did she realize it. This strange man was one such case. The melodic air of his voice had a taste of...mint, was it? There was a foreign taste, yet one that was undeniably delicious and, strangely enough, felt as if it were imbued with a surge of power. "Though, if you don't mind me asking, what's your name? I mean, you seem like you're really good at music, and you're probably like the same age as me while the rest of the people here are waaaay older, so...I'm just a bit curious. Oh! Should probably introduce myself, too. I'm Illya Pegasus! I...uh...haven't been playing music all too long, but I guess my magic makes me really good at it." She leaned in close. "Don't tell anyone, but I'm a...what was it called again? It was something like 'Slayer' or something like that and they said I could eat sound?" She popped back up. "Well, I don't really get it, but apparently it's super rare, so...yay! I love doing music, and if it makes me good at it, awesome!"

She smiled, tilting her head in a cutesy way. She stepped back to let him play, after his introduction if he did so, and admired as the man went to work. As the tune carried on, Illya felt a strange feeling as she looked at the man and his form. Was he always so attractive? The pretty face that he had, was it always so appealing? The flowing green hair, the way he played the tune...everything was so...perfect? Each ear-popping thump of her heartbeat seemed to go in time with the song, beating like a metronome, yet the music still coursed through her body. The taste of his wonderful playing, the beautiful sounds, all of it enraptured the young girl.

He finished, and Illya was deaf to the rest of the world. Slowly, the sound returned to her as she spoke to him. "Th-that sounded really good!" She was nervous? Why? "I-if you don't mind, do you think we could d-do a duet? J-just you and me?" She fidgeted around. Why did she say it like that? Everything in her head was buzzing. No, not just her head. Her entire body was buzzing with this strange feeling. She waited for his response in eager anticipation and a deep blush across her face.