Benny was humming a bit as she walked around on the beach in her Santa dress. Due to the cold temperatures, the water was frozen a bit, so she wasn't as nervous as she would usually be near it. Plus, it felt good to get out once in a while, and take a break from work. Granted, of course, that the beach was covered in snow, but because of her unusual biology, she didn't get much of an effect from temperature differences. Mostly, though, she was just happy that she would get to spend some time with Coco, if she decided to show up.

That morning, she had left a note under Coco's door, asking her to meet her at the beach, and stating that she had a present for her, which she did. Of course, it was an unusual gift, since Benny didn't have much practice in gift giving, but she did her best to conceal it under a pile of snow while she had some time. She found that the material tickled her a little, but otherwise she wasn't bothered much. She was mostly concerned with whether or not Coco would show up. The two hadn't known one another long, but Benny felt an funny sort of closeness with Coco, and wanted to use this event to see if Coco felt the same way.

If not, then they could still at least be friends, or so she thought. While she waited, she started building a snowman, not knowing that people were watching her. what she ended up with was rather surprising because snow didn't usually hold such a delicate shape as she had molded it into, but she had had a decent amount of practice since she could remember waking up on some strange mountain with no other way to occupy herself at the time. Her snowman had turned into a snow sculpture of Coco somehow. As she looked at it, a contest judge walked over and dropped a token at her feet before walking off. Picking the token up, she looked at it curiously before putting it away in her pocket.

Coco Would be sitting in her room reading a book, taking a break from training wanted to keep her mind as sharp as her body, however at this moment she would notice and note slipped under her door and footsteps going away quickly away and she shut her book and quickly walked over looking at it. it was an invitation from her Guild mate Benny, It was inviting her to the beach and saying that she had a present for her when she got there. Coco couldn't help but give a smile looking at the note for several seconds before nodding a little bit thinking of be hard to make friends in this Guild, but glad she found one so quickly and one she thought was very cute so quickly as well. Shaking her head getting these thoughts out she had to get ready so she would go and gotten something festive before she would start to head out to the beach. On the way to the To the beach however she stopped and would make sure she got her Guild made a present not wearing them show up without one of her, to get a gift wrapped up the shop smiling a little bit as she thanked the shopkeeper and paid for it and went on her way to the beach quickly wanting to not let her friend me waiting for hurt for too long.

however as she made her way to the beach there was a bit of a festival happening that she tried to avoid not wanting to be delayed as she didn't know how long Benny had been waiting for her. deciding to try to take a bit of a shortcut she would jump over a fence it's hard to walk across the field I suddenly a bell would go off and hearing the announcement. “Our final contestant had entered the field, let the Snowball Fight begin!” Coco's face just sunk for a minute not realizing what was really going on into a snowball would just fly past her head barely dodging it as in a flurry of snowballs in Enchanted snowman started to come around from all sides. frankly Coco was nowhere near ready for this as someone for flying I wish you would be dipping in dodging docking trying to keep the present safe while driving a snowball in trying to throw it back at its sender trying to survive and get across the field in this free fall snowball fight. at one instance of snowball went flying for how did she took a dive into the snow feeling a bit cold now however the present went skidding across the snow as a snowman picked it up. how cold would glare the Snowman snowballs were flying past her she would jump up on her feet, it was on.

The Snowman would Retreat carrying the gift above its head as a horde of kids would run around catching her in a crossfire I started take each other out but Coco would just focus on dodging until the finals wind to conserve our energy. eventually one by one the kids took each other out still some aiming for her and she would fire back whoever threw at her eventually though it was just her the kid in the Snowman. Coco would run towards the Snowman put against but the kid was relentless throwing snowballs at her as she dipped in weave sewing down her progress but I'm not sure she would run it and dive into the Snowman grabbing the middle of the Snowman and doing a roll, she then held it up with one hand since she was strong enough to and looked at the kid with the grin. the kid will just drop a snowball and then I could Dash iced cocoa would just roll it towards him underhanded like a softball and hit the kid burying him in some snow. “ We have a winner!” The judge announced before running out and handing Coco four tokens. “What are these…” she looked at him but before she could get an answer he was gone. sign deeply she would run over and dust off the present of the snow it seemed to still be intact as she quickly hop the fence and went to the meeting location seeing her Guild mate. “Benny!” she called running towards her. “Sorry I'm late...got ambushed by snowballs…” she chuckled a little. “I hope you haven’t been waiting long.” she said smiling warmly holding her present in front of her. 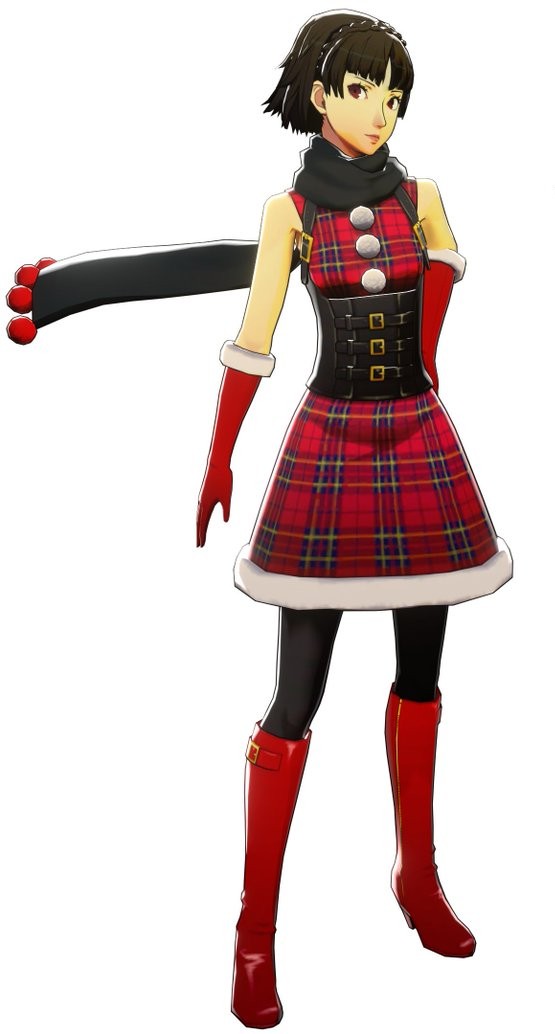 Benny had almost given up when Coco popped up seemingly out of nowhere. "No, not long at all. Actually, I just got here." It was a lie, of course, but it was one that she'd been informed was the tactful thing to say in situations like this. She blushed when Coco showed up with a gift in hand. The urge to pounce on her guild mate was strong, but she didn't want to accidentally traumatize any children in the area, so she made an effort to control herself. "Oh, you really didn't have to....One sec." It took Benny a minute to remember where she had buried the gift, but she was able to find it in exactly the same position before she held it out towards Coco. "I...well...I don't really know what we're getting into, since we hardly know one another...but I feel a real connection with you. I don't know which holidays you celebrate, but I hope for you to be happy in doing so." She smiled before moving closer to Coco, and giving her a peck on her left cheek.

"Well, apparently, I ended up getting into a snowman building contest. So, a spontaneous snowball fight isn't that difficult to believe. I think we still have a few things we can participate in. I'm not much for skates though, can't balance on the things. There's still the sled races, cocoa tasting, and the frozen shirt contest. Although, that might have its own liabilities. And honestly, I'd prefer to make cocoa instead of tasting it. Oh, or we could post up as security, and deal with whatever pops up out of the woodwork." The last option excited Benny more than a little, but she wanted to save that for last. "Honestly though, I'd like to do whatever you want to do."

Coco with stand there looking at Benny as she talked and accepted the present smiling a little bit especially at the part when she said that she felt a connection with her and that Coco received a small pack on the side of your cheek which even for someone like her would cause her to have a light blush not expecting that from the bunny girl before her. This made her smile lightly as she held out a small gift for Benny as well.  "I feel the same way...Happy Holidays" he said but before she could do anything like what Benny I done for her it was almost fate as if she said she want to do security detail and that should be fine do anything with her as Coco Head heard a bit of a Ruckus and turned around seeing that some of the monsters they bought for display have got out. "Well benny...seems we get to do what you wanna do after all" she smiles at the rabbit girl looking then to the creatures.  There were swarms of ice scorpions, three ice elements, what could be described as a snow golem, and a yeti. They seemed to be holding the yeti back at least but the other three were rampaging around. Coco looked around and saw the golem barreling towards a crowd of people. Coco wouldn't hesitate to run toward the golem truating Benny to handle one of the other groups. As she ran she would suddenly disappear teleporting and instantly appearing in front of the golem. She would reach back and use energy from the teleport along with her spectral annihilation ability at point blank range blowing the golem back knocking it to the ground long enough to be subdued she looked to Benny to make sure they were alright.