The girl she saw to be just whom she was had spoken words to her that spoke volumes to the person she was supposed to be. Even though this girls adult self was all about the miscreant influence of a curse by which she couldn’t shake free from, there sat this same little girl she had the pleasure of being able to call a new friend. The way she was encouraging with the words she had spoken made her smile with glee. The advice she gave was true. She spent so much time bending what they had because of what Grim was trying to do with something that may have been out of even her own control, she didn’t try to look past that. And for that, she knew she was also wrong.

A newfound smile lit her face while she continued to keep her attention to the girl she knew to be Grim. Despite what she’d said, something seemed to be bothering her for some reason or another, but she didn’t want to bug the poor girl. She was already going through a great mental turmoil that was starting to get to her. Probably something that had been from her past that she believed to be current. As she stomped on the ground in a childish manner, much like she appeared to be in the moment, Sanguine simply giggled and enjoyed just how innocent of a person she used to be, but also how dedicated she could be. ”You’re completely correct, Madam Alexandra. In fact, the next time I see her, I will make sure to let her know just how important she is to me.”

Now she stood up and reached over, taking the girls hands into her own and stilling them to the best of her ability. She knew how much of a rush and how important that this was to her to be able to do, but she had to make sure that if this was truly what she believed was going on, she wasn’t going to be the only one giving advice today. ”Then if you truly are go through this big fight for your kingdom, please at least allow me to borrow a moment for my own words of advice.” She would hope she would give her time she was requesting, even if just a minute, it was along enough for her to get it off of her chest. ”Just fight for what you believe in, no matter how hard it is. If I’ve learned anything in life, it’s that there is always going to be hardships, but just push through it, but make sure there’s something to fight for. And if you lose what you hold dear, you cherish what you had, you push forward and keep fighting until you win.” She smiled brightly, eyes shut, but she held her hands tighter on Alexandra’s. 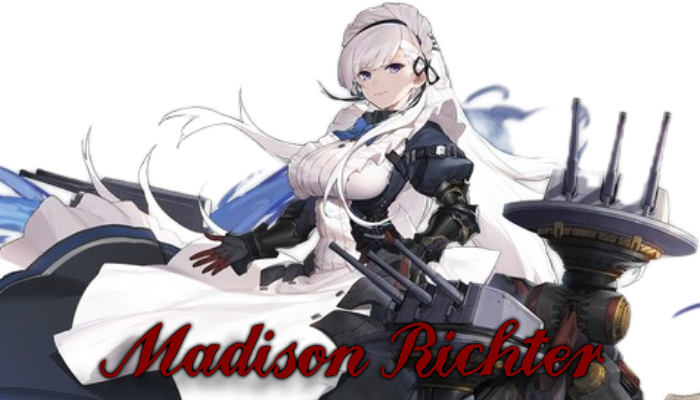 She was happy to see the way that Alexandra was being. Beginning to fix herself up and standing perfectly straight was just what she had wanted to see from someone like her. Not because she knew her, but because of her stature and nobility. A leader should lead and hold strong, and those under and alongside of them would do the same. It could apply to really anyone with a friend by their side, but to say it that way wouldn’t have the same effect that she intended it to mean to her. Not only that, she wasn’t willing to give up the hidden reason behind her wanting to say this either. It didn’t matter if she caught on, she would say it again and again if she had to.


”Huh? Is what true, Alexan-” She turned around and saw her holding the paper in her hand. She was confused at first, gently reaching to take the paper from her. She only wished to see the paper and then the paper showed the date, the year, and at first she didn’t really see what the big deal of it all was. ”Well yeah, it is- ohhhh.” She finally put two and two together and realized that this was far beyond the time Grim was a child and now that she knew, she was beginning to realize things were coming to an end in her mind. That her being here somehow meant that she wasn’t there for them when they needed her. For the most part, Sanguine wasn’t really sure what to do as she simply held the girls paper he borrowed from the table.

It wasn’t until she had watched the blonde drop to her knees like a heartbroken, empty shell that the maid realized how destroyed she must have been. Despite the ruined look that Alexandra had, the one she tried so hard to pushed down, a thought that formed in her head made her smile. Sanguine walked over to the girl and then joined her on her knees before she wrapped her arms around her in a hug. She wanted to console her, to show that she was there to help her. ”Please, do not hide those feelings. They will harbor inside of you and churn your goals into a bottomless pit of revenge.” She started off before pushing herself against the saddened girl. ”I’m here for you, Master Grim. I always will be.” The exclamation she had made was loud, very loud. But not loud enough to echo, not to mention the words themselves weren't exactly the same. She let her skirt go, allowed the fabric to cover her masculine genitalia once more. Straightening up she looked around, spotted someone who looked rather similar. It took Lili and minute and the neko-guy addressing her before she realised who it was. At first she would gasp loudly, a shit-eating grin splitting across her handsome face. "Wow, this is crazy. These are some impression sex changes." Her own voice had changed, not sounded nearly as feminine. Although it still carried the same sultry air and playful accent that her own normally would. She looked back in the mirror, doing a bit of a turn back and forth as she unabashedly checked out her own 'man-bod. "Oh man, I make a hot guy. I would totally hit this." She said with an appreciative nod.

As she or rather now, he turned back to look at Dela, he would spotted another Rune Knight in the distance. One he had yet to get acquainted with, and one who apparently had also undergone 'the change' this knight. "Private Walden?" He remarked uncertainly, cocking his head at the sight of hers/his torn clothes, male physique and ….wings? He wondered if it was a part of their costumed, although they looked surprisingly real. Lili shook her head, "This is madness, funny but madness. I wondered what caused it, ah well. Probably won't last long right? We should have fun with it, I've never partied as a guy before. I wonder if I could pull like this? Pfft, what am I even saying, of course I can. I mean, look at my jawline." Lili quipped happily, wiggling her hips back and forth playfully. Not quite caring about the looks the now 'neko-boy' was getting. "Whatcha say ladies... Oops, I mean, lads. Shall we get a drink? After her encounter at the docks with the spirits of every outlaw she had killed over her career and their acclamation of her as a queen of killers, Leona was not sure what to think. She was tired. She was in no mood to celebrate the holidays and wanted to go back to Silver Wolf Guild Hall, but right now her guild hall would offer no solace from what had just happened. What could she do to make those feelings go away? She needed something to distract her, something that was not alcohol.

Maybe paying a visit to a coffee shop would help. Maybe a cup of coffee was all that she needed to turn her mindset around and shake the feeling that the spirits might be right about her. Looking all around her for a coffee shop to patronize, Leona could not see one for the large crowds milling about the town square on their way to one of the numerous booths dotting the area. Leona immediately set out to find one that was still open this late. There was bound to be one willing to serve the Wizard Saint, but finding it would be the trick.

After going around in circles for what seemed like forever and enduring more than one brushed hand grazing her backside, Leona had managed to find a coffee shop named Harbor Coffee, which was an unimaginative name if there ever was one. However, at this point Leona did not care. She just wanted some coffee and she wanted it now. Leona veered right and went inside the coffee shop in search of a moment's relief from the doubt she had been feeling for almost an hour.

Leona entered the cafe to find it decorated for the holiday with numerous skeletons in sailor attire holding empty cups of coffee lining the walls and a skeleton dressed like a pirate captain right out of a storybook holding a cutlass in one hand and a cup in the other standing to the right of the counter. There were numerous cobwebs hanging from the rafters of the shop and the walls were decorated with fake barnacles. To top it all off the entire place was bathed in blue light, giving the cafe the look of a sunken ship.

Leona walked towards the barnacle-coated counter and looked around her. There were a few patrons dressed in various costumes sitting at small round tables being served by staff dressed as pirates. The Wizard Saint approached the counter and was surprised by a tall, muscular man dressed as a pirate captain in black attire with a black tricorner hat, a black jacket with gold trim, black pants, and black boots. At his side was a toy cutlass in a scabbard that was black with gold metallic elements.

"Welcome to Harbor Coffee! What can I get for ya this evenin', lass?" The man asked her. Leona looked behind him on a menu and perused the varieties of coffee for sale. Leona soon spied a coffee imported from Desierto named Tri-Cities Delight and decided to try it. What did she have to lose?

"I'd like a cup of Tri-Cities Delight, please." Leona placed her order. The pirate captain nodded and set about preparing the order while she waited patiently at the counter. Leona was still filled with apprehension about what had happened at the lower docks, but it was starting to fade a little, enough that she could pass for normal if one did not examine her too closely. The Wizard Saint was just glad to finally be able to relax a little, even if the apprehension was still lurking in the back of her mind.