Getting that iLac (SOLO JOB) 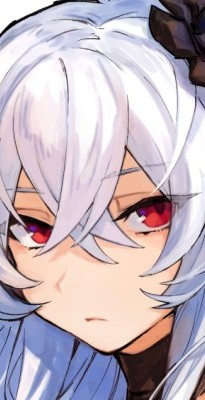 Getting that iLac (SOLO JOB)

Tiring. That was the main way to describe the trip to Neutral Ground. To Lyza most things were tiring, but that was mostly just her whining and over exaggerating everything. This though? This was actually an exhausting trip. Not physically, but mentally. Just to get here she had to go through a whole slew of security procedures, some of which felt a little invasive but that might have just been who was doing the tasks. Now that she was finally through, she could take a breath of fresh air and just go and get the damn thing she came here for in the first place.

The trek to the factory was surprisingly long. Longer than Lyza would have hoped. Her feet were sore, legs felt like lead and... oh hell, it wasn't that bad. But damn did she hate having to walk for too long. A sigh of exasperation escaped her as she pushed open the door to the factory and stepped up to the reception desk. It smelled like office in here, and this was just the front desk. The back end of the factory probably smelled like manufacturing and metal, so Lyza was more or less grateful that the front was at least tolerable. And she was saying that despite having a personal dislike for stuffy office spaces and the need to constantly smell like fresh rugs and lack of life.

"Here for an iLac?" the woman behind the counter said. Lyza nodded without saying a word and the well dressed woman reached into a drawer and started fishing around for something.

"You just have a drawer filled with them?" Lyza asked, sounding more curious than surprised. The woman scoffed and slid one over the marble counter to her.

"They overproduced them. Why do you think we're just handing them out to whoever shows up?"

The woman sat back down and Lyza shrugged. "I don't know what you factory people do with your stuff. For all I know you throw them away. Not like you have much of a crap to give when you make millions."

Stuffing her iLac in her pocket and waving goodbye with a quick "thanks", Lyza headed out from the factory and began to make her trek back to the train station so she could head back home. Hopefully on the trip back she could actually sleep without interruption this time. It was getting late and Lyza was starting to worry she would miss her mandatory nap time. It was the one thing in the day she had to look forward to, asides from going to bed at night.

She was a little curious though. As she waited on a corner for a chance to cross the road, she pulled her iLac back out of her pocket and turned it on. Just tap the screen and... oh god what did she do? This was going to be a pain to set up later. As long as it wasn't cutting into her sleep schedule though, that was fine.