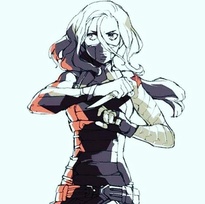 The mission this time was just too perfect. Cedar had always been one of the many strongholds of religion in Fiore. Over the generations, since the first knight had pleaded allegiance to the local church, the two groups had grown closer over the years, their ties strengthening until the local knights and the church has become synonymous with each other, providing a sanctuary for faith and religion while the knights keep the town safe. In their own way, both groups had acted as the pillars of the town and paved the way towards the prosperity of Cedar.

Leah was all for following Errings Rising’s aversion to laws, pretentious manmade laws that only served to enslave the human race. They believed that chaos, the original state of the universe, should also be its rightful state, in a world where only the barest of laws rule, in a fashion similar to how the adage “an eye for an eye” would work. And that was just as fine to Leah.

The mission this time around was interesting. Recently, there had been an organization of hunters, calling themselves the Guardians of the Mortal Realm, had surfaced and with every town they had visited, their reputation had soared. They had started out in the smaller villages near the Spooky Forest and Lycan Woods area, said to have solved multiple cases for the villagers and rid them of any supernatural entities that were plaguing them.

They had been painted as heroes, treated as celebrities wherever they went and had even gone to the extent of publishing their travel plan. Leah’s job was to stop this group, the Guardians of the Mortal Realm, in their supernatural hunting journey. Their arrival to Cedar had been greatly publicized as it had been a public invitation from the church itself, to do an investigation on the town of Cedar and if any spirits or souls were found, to vanquish them.

Leah’s job was simpler. Stop them and cause havoc in the meantime. Having arrived at Cedar by train, the assassin was the first to alight the transport. She turned around to look at her partner, Kien Hikiba, and in an impatient voice, said, “Let’s go, Kien. Time to let some ghosts out!” 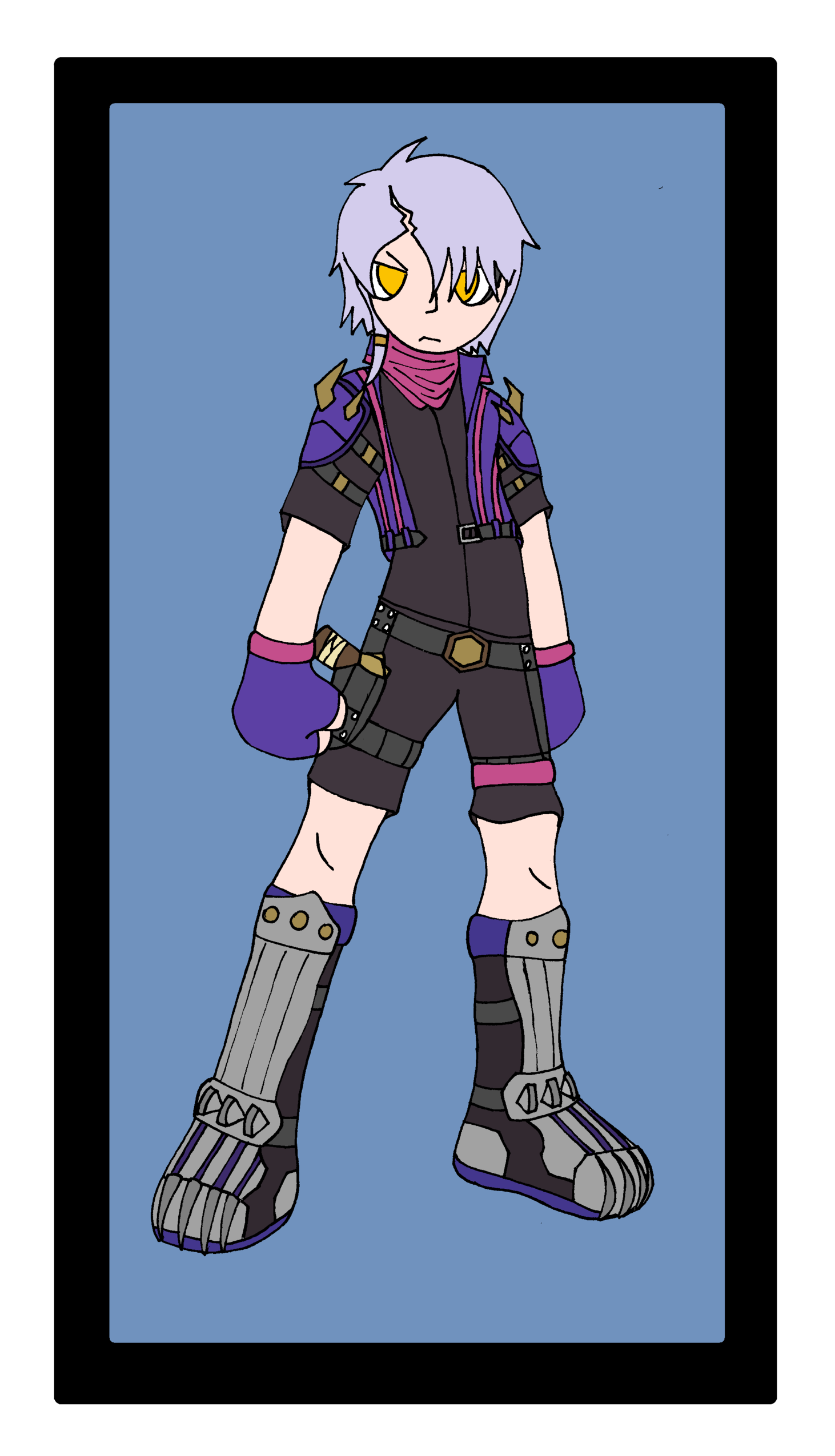 A pair of heavily plated boots stomped on the ground as the young wolf hopped off his train ride. He always like travelling to new places. Lots of fun stuff waiting to be done. Sadly this time he was there for work. He did not know Leah much, so he did not know how fiscal she would be on things. He just hoped she would not ruin his fun. The only reason he ever entered the guild was cause they did let him have fun with stuff. Like when he exploded some walls with a ton of gunpowder. Man he sured liked that. He always liked things exploding.

The young wolf yawned, dusting off his purple jacket, nodding at his guildmate. How she always had all that energy was beyond him. "Yeah yeah, do we even have an idea where the fuck we are going?" The lavender head mused, stretching. "All we know is that we gotta blow up a bunch o' ghostbuster buffoons. Also, I am hungry. You go ahead and explore if you want, I am grabbing a bite."

While he would not ignore her, he was not ready to humor her either. Besides he would become rather easily angered if he sat there with his stomach empty. A werewolf has got to eat. Preferrably meat.

As such, Kien gunned for the first hod dog stand of the station, grabbing the largest possible thing on the menu and stuffing his face full as he walked outside catching up with Leah. The whole thing lasted him just a few minutes as the voracious predator finished his meal.

"Woooof. Alright now we are talking." He sighed happily, belly full. Looking up in the sky, he pondered for a moment. "Do you think we will have a full moon tonight? I would not mind it."

Indeed, if it were to be a night of full moon there would be that much more fun for him. Leah was not probably used to him turning fully into a wolf, considering by far the most he had seen that form was only once, briefly, during their destruction of Hostia. In all honesty, he was quite surprised she had dragged him into this. Most people are scared about werewolves. Mages or not, if you get bitten, you get turned. While Kien was able of controlling his urges everyone else though the opposite, so he had spent most of his life alone.

Fiddling with his fingerless gloves and adjusting his magenta scarf now, Kien looked over to Leah wondering where she would lead him next. She told him about some sort of church deal the ghost buster guys were in. Maybe...oooh. He had an idea. Why would they simply destroy their ghost operation thing when they could humiliate them?

"Hoi, Leah." He called, waiting to have her attention before speaking. "Do you not think just busting their shit is kinda boring sounding?" He said, grinning maliciously. "Why do we not humiliate them instead and have some fun while we are at it? Think about it. We scare the shit out of them so bad just before breaking their stuff. I wanna see them all run around panicked while all the spirits they got are freed."

Kien's mind was racing a mile an hour now. So many possibilities. "No no. I want them running around naked. Yeah. Pretty sure after a little fun games...a little torture sprinkled here and there too...they will not be so eager to try again and play lawbringers." Leah gave Kien a sidelong glance as the wolf in human form stepped out of the train with heavy steps, making no attempt to stand out less in the crowd of people. And he wasn’t exactly the quietest either. The female assassin watched in disapproval at her job partner, who after taking an exaggerated yawn, was now talking food and feeding himself instead. Before she could even reply him, the werewolf had already found the nearest hotdog stand and gorged on a large serving. She continued giving him a look with one raised eyebrow, somewhat torn between amusement and irritation.

“So I assume you are well fed now?” Leah spoke with her arms crossed in front of her chest, before turning around to walk out of the train station into the town of Cedar. She was wearing a hoodie over her sleeveless T-shirt, with a pair of cargo pants and combat boots. Although she was averse to hiding her identity and wouldn’t have cared about the stares she would get for the bionic limb that served as her left arm, the female assassin had more than enough common sense to keep a low profile until they could actually carry out their plan and the job.

She listened to Kien’s suggestion and without turning around, replied him, “We aren’t just busting their shit, dog boy. For all these years, Cedar has been a somewhat different town from the rest of the cities in Fiore. For years, the governing office hasn’t been the mayor’s office or even a town council, but the church. I don’t know what they worship here, but yes, the church and its knights have been governing and guarding the town for generations.”

“That’s what we are here to stop. While the church is asking for the ghost hunters to capture any malignant souls or evil spirits in Cedar, we will use this chance to toy with the ghost hunters and in the mean time, use them to break the faith that the people has in the church and their knights. We shall see how the townspeople would react to their beloved church and omnipotent god fail to save them from the supernatural chaos.”

As she spoke, Leah had led the werewolf out of the train station and they had made their way towards the church, it’s white granite structure rising up five stories in the sky and towering over all of the buildings in the city.

“What say you? We get to cause havoc, have some supernatural fun and put a semi-government out of their job.”

"Sounds fun if you ask me."  The young wolf replied, not really taking the stuff too seriously. So, this town was some kind of theocracy deal. That was indeed an odd standout compared to the places he had been to before. He could not help but snicker at Leah's sayings about the "guarding stuff for generations".

"So what? They have bred guards for the place? To be honest I would hope they will put up more of a fight than your average security grunt. Otherwise where is the fun in makin am bleed? I don't know about you, but as far as I am concerned I like my prey to wiggle. But hey, they should be grateful to us. If they were indeed bred only to fight and protect the church we will be showing the the miracle of freedom."

Catching up to stand to her side, Kien took a moment to stundy his surroundings and Leah in general. Part of him was still curious about her magical prowess. He had a taste during the Hostia takeover. She was supposed to be able to use electricity and stuff. Interesting. He wondered what other tricks she had with her.

"You know, I wonder why our GM sent only us two. It almost looks like a date. Eheh." Yeah, Kien was really not taking it seriously. Other than that, he liked to tease and prod at Leah to see what made her tick and what did not. "Do not get me wrong though. I like your company. It's a shocking experience. I am positve about it."

Now he really was not even trying to make them sound good. Thankfully, something else broke the monotony of their walk. Kien was the first of the two to move, given his advantageous position. He caught a small knife going for Leah's neck with nonchalance. Then, the wolf kicked someone in the nuts, most probably the perpetrator of the attack. Despite the pain the hooded figure tried to scramble towards a side alley. Kien was having none of that.

The knife that had been caught was released, straight into the guy's back. It was realy small and not really long enough to inflict any real wounds, but the guy seeming was paralyzed the moment he got stabbed. Kien gave Leah a "You are welcome" expression, shit eating grin included, as he strolled his way to the slumped unknown.

"Well, looks like everything is not always all roses and blooms." He commented, stomping on the guy's hood to stop the figure from crawling away. "What do we have here..."

Kien's right hand grew silver fur, nails hardening into claws. He used it to grab the guy by the collar and lift him way up, leaving the feet dangling around.

"Well I did not plan on starting my fun straight away but if you so insist." The wolf commented with a smile. "Somebody's gotta learn not to mess with my fiancè." Could not resist another light jab at Leah.

The man being held captive had dark blue hair and orange eyes, some sort of crude wannabee guild tatto was covering the left side of the face with tribal features. The other side was instead covered under a white mask similar to those used in Opera theatres. The generally tattered clothes made it clear it was not from the Cult, but probably part of some local gang.

Kien turned hehind to address his guildmate. "So? What are we going to do with this?"