Send an eel to catch an eel[Job] 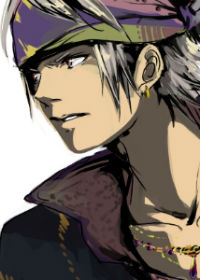 Send an eel to catch an eel[Job]

You know you're struggling to make ends meet when you're a commander of mystical forces and you take a job trying to deal with a problematic fish. Well at least that is what Cain thought as he approached the fishing docks of Cedar city. The dock was busy, not really with fishermen doing their job but rather with fishermen trying to fix their equipment so they could do their jobs. That is to say it was in a pretty sad state of affairs. The mage thief almost felt a shred of sympathy for the people there, and then he remembered how poorly they were paying him for this job. He approached the edge of the peer and gazed into the murky waters trying to decide where to start. Obviously something down there was causing a fuss but it wasn't like it was just going to show itself for him.

As he stared into his reflection thinking Cain's mind wandered into fixing his own hair. He thought he saw a shred of black sticking out under his otherwise white hair and was struggling to cover it up when shouting broke out off to his right. One of the few fishermen actually fishing was struggling against their fishing rod which threatened to pull them straight into the waters. Cain briefly forgot his hair and reflexively started discarding his upper-body wear, as he did so he yelled at the fisherman, "Don't let him pull away! I've got him!" With his jacket and shirt discarded onto the dock Cain dived head first into the water where the fishing line met the ocean.

His regret was basically immediate.

The water was even more opaque under the surface, but fortunately(or unfortunately depending on your perspective) Cain could still see his foe. The shadow of his foe at least was visible through the water at his close proximity, courteous of its obnoxious size. First glance suggested it was actually larger than Cain himself. Thinking with his hands instead of his brain Cain reached out trying to grab at the creature to restrain it. A slippery scaly skin met Cain's touch with thrashing and resistance, but his pride as a thief would never let him loose his grip on his prize. With no shortage of grit and effort he managed to wrap his arms around the full width of what he now guessed was a large fish.

The thrashing and flailing was intense and it threatened to knock the wind out of Cain at every turn but he held onto dear life. He had his target in hand, no idea what to do with it and a dwindling amount of air in his lungs; if a solution did not emerge things would go to hell in a hand basket real quick. Thinking fast Cain wrapped his legs round his foe to improve his grip and free up one hand to reach for a dagger on his back. He pulled it free from its sheath and against the resistance of water drove it into the creature with a fury.

The underwater struggle ended with Cain breaching the surface of the water holding the massive fish over his head to the surprise of onlooking fishermen, "I accept payment in the form of lots and lots of dollars."