Gnawing at the Roots (p) Re: Gnawing at the Roots (p) 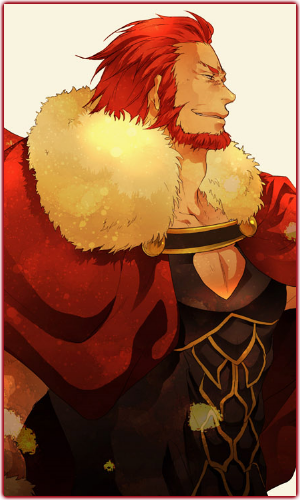 Gangting felt the rumbling, coming from one particular large creature. ”I think we got their leader here.” The Giant removed his cloak and took out the pins that kept his cuirass together. They fell upon the crimson fabric, only making a soft thud noise. Gangting’s crimson eyes turned white, they shone divine light into the dim cave that scarcely lit with its eerie green glow. Gangting’s wound from earlier faded away as it healed. ”Now… you will witness my true strength.” He stomped forwards, towards the chamber. His very movement brought the cave to shake, hundreds or thousands of stalactites dropped from the ceiling. Bursting into pieces as they hit the stone floor of the cave, some found creatures; the spikey stone drilled through them and they died in agony with loud wails. None of the stone spikes fell even near Solmar or Gangting. The other creatures were alarmed and charged towards the two wizards. But they could not all rush at once through the narrow tunnel. Gangting moved his right hand to his chin and slammed it forward in the air. A gust of wind, followed by a wave of hundreds of spear-sized spikes shot forwards. Each earthen spike was covered in a silver glow of holy light. The spikes shredded everything in its path, leaving only blood and gore in its wake. But not long after, a second horde rushed over the crimsoned stone floor into the tunnel. The Giant spreads out his arms and slammed his hands together, at the same time the cave walls in front of them came together. Squishing all living things in between them. Blood oozed out of the seams. Gangting spread his arms out and so slid the walls back. The cave walls which had been rugged and full of cracks and the likes was now flush and painted red.

The Giant walked into the large room of the cave. Some of the larger creatures had stayed behind with the alpha creature. One of them came charging at Gangting, who simply stopped its charge with a stretched-out hand. He lifted one foot and pressed it down. A large spike rapidly shot towards the ceiling, piercing the creature and pinning it up. The others followed suit but Gangting created a dome and within he placed his hand upon the ground. The ground started to glow orange as a small orb started to form within his right hand. It expanded to the size of a pumpkin and then slowly condensed into a small sphere of energy. The stone around him had cracked during the extraction of energy and crumbled to dust. His stone dome turned to sand as well. The Giant flung the small orb at the alpha creature and there it exploded with a fury of heat. The ground shook and the ceiling collapsed. Gangting used his magic to protect the roots as well as Solmar and himself. The remaining creatures were either killed or pinned down by the rouble. The last thing Gangting did was pierce the living once with spikes. Then the glow in his eyes faded and his bright ruby eyes returned. ”Would you care to duel again?” The Giant busted into laughter.