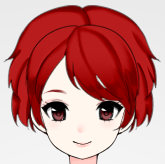 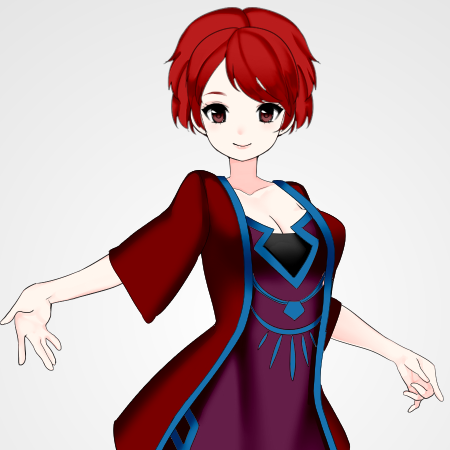 Akasogen
A Quote? Nah.
HP: 200/200
MP: 200/200
Active Spells: Spell 1 (duration), Spell 2 (x/x posts), Spell 3 (x/x posts)
Cooldown: Spell 1 (x/x posts), Spell 2 (x/x posts), Spell 3 (x/x posts)
Passives/Buffs: Passive 1, Buff 1, Buff 2 (only for those that currently apply)
Items Used: Item 1, Item 2
Monsters Killed: x/x
The early morning sun shone on the village of Hargeon, lighting up the various homes and buildings of the small city. Whispers and records tell of the attack by a large sea monster some time ago, although the place looks barely touched and the people eagerly greeted each other. One person however kept to themselves as they looked for travel just outside the city, Akasogen gave slight smiles and nods to the kind people who greeted her although she just wished to head out to a lovely farm that was run by a farmer who just recently hurt his back from what the job request said. Akasogen thought the job might fit her well as she has quite a bit of experience outdoors, however she does have not much experience in planting seeds. Hopefully the farmer will be patient with her or at least she does not have to do much other than a lot of bending.

She noticed a man finishing tying his donkey up to a cart and jump on its back and she ran over, calling out. He turned to look at her as she stopped next to him and questioned if he was passing by a Fredrick Robersons farm, the man gave an eager smile and a nod as he invited her into his cart seemingly already knowing why she was asking. As they rode she leaned her arms on the backrest of the seat for the cart, “You didn’t ask why I needed to know where Mr. Robersons farm was, whys tha’?” The man gave a chuckle and whip to his donkey, “Well ma'am I know ye’ wizardin’ types, got tha’ kinda look. And I pass by his farm a lo’ and as such kno’ he be’a looking for a young thin’ like ye’.” Akasogen had a thoughtful look on her face, ‘tha’ kind look’ huh? She leaned back on her heels and watched the open pass by and city fade into the background on the way to the farm.

Akasogen gave a high hand wave at the jolly man that have dropped her off at a path with directions to the farm she can somewhat see in the distance. The sun, now midday, shone on the lovely farm with it’s far reaching fields and bare crop beds, although she noticed that some were able to be planted before the farmer was hurt. She took a deep breath and started off to the nicely sized home, maybe a two bedroom, two story house with a creamy blue finish and hay colored roof. In the four square windows bordered in white she caught a glimpse of flowery curtains and a whiff of a freshly cooked meal from a window opened from the middle. When she reached the poarch with the overhang she knocked on the wooden door and the aged farmer opened the door, and Akasogen could vaguely hear a worried woman's voice in the back. The man she perceived as Mr. Robersons gave a yell back and closed the door before addressing her, he gave a scratch as his scruffy gray beard as he assessed her then gave a nod and a greeting as they started off to the barn and grabbed some seeds and tools.

A few hours later Akasogen rose and cracked her back and shook her arms before covering up the hole she made with the seed within. They, well she, was almost done with a few fields left and Akasogen was quite proud of herself and soaked up the teachings. It was all rather invigorating even if the actual bending dampened her mood a bit. With a final pat to the top she walked off the finished field to the side of Mr. Robersons, who sat on a wheelchair, and grabbed the handles of the chair as he directed her to the next field where she was invited to sit down and handed some water and something that was rather good, but she did not know the name of and to be fair she did not wish to be mean to the kind Mrs. Robersons. Her muscles ached and her body wanted to drop dead on the ground, but she was almost finished and at this point it stopped being about the money and the determination to finish the job. As the sun reached over the horizon she went back to work, unfortunately it was dark by then but the aged couple offered a room. Akasogen kindly refused and walked off, but about halfway through she wondered how she would get there, with a great sigh she resigned herself to a lot of walking.
Mission Link
IVYLEAF33
« View previous topic · View next topic »