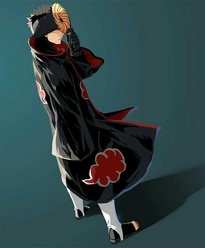 Want to do an exam To rank up to B rank let's get it.

This was my last thread as a C rank wizard.
Saraphina

Hi hi =^.^=  I'll be your ace for this exam! It will be the standard 1000 word count. You get to decide where in Fiore it takes place. Here's a little in character prompt:


Arcadia ended the call on her iLac. She glanced thoughtfully down at the screen as it switched back to her background of an ice skating chibi cat. That had been her Exceed friend, Ellie. Ellie was a captain in the Rune Knights, and had called asking a favor of Arcadia. Unfortunately she did not have time to carry it out personally.

She pulled out her dimensional scissors, and stood up from her desk. With her scissors in hand, she cut open a portal from her office in the Fairy Tail guild hall in Magnolia to Ellie's office in Crocus. The very serious Exceed woman was in her on duty battle form. Arcadia could never get over how such an intimidating and formidable warrior could squeeze down into such a tiny and cute black and white kitty when she was off duty, looking so unassuming like most any Exceed. Ellie smiled and bowed to Arcadia, handing over a hefty wooden crate. Setting the crate on her office floor, Arcadia bowed back to her Exceed friend. "You can count on me and on Fairy Tail."

The portal did not allow for a full conversation as it closed itself after Arcadia had accepted the delivery of the crate through it. She sat back at her seat, already thinking of someone she could entrust this important task to. Arcadia opened a desk drawer to retrieve a blank sheet of flying card stock. Specially developed for the first Fairy Tail Productions lacrima-net movie, they had proven useful in applications beyond the movie props they were made to be. All she had to do was write her message and address it, the magic in the carts stick would fly it straight to whoever the letter was addressed to.

Arcadia wrote her letter to Ghost:

I hope  all is well with you. A friend of mine in the Rune Knights has too many missions  and not enough knights to finish them on time. So she has hired Fairy Tail to lighten her work load a little. That's where you come in. I'm swamped with business for Fairy Tail, so I need you to handle it for me. Also as a time keeper, I think you will understand magics involved more clearly than anyone else in the guild.

It involves a town you may have heard legend of. Ages ago it was cursed and lost from time. Its people reportedly frozen in the they left the flow  of time. Every couple centuries, it is said the town terms for but a couple days before being lost from time again. This town is more than legend. It is quite real, and the Rune Knights have developed a powerful orb that should break the course the next time the town reappears.

Your job will be to find the town, and deliver the orb before it is lost fun time again. Do that, and the orb will lift the curse and restore the town to the normal flow of time. You should be warned though to expect demons and other minions of the archfiend responsible cursing the town. They will likely try to stop you. I believe you are strong and capable enough to handle them on your own. Fairy Tail's honor rats in you in this.

I will leave the orb in its wood crate with fairies down in the lobby for you to pick up.

There you go I had to cut back on some story elements but this should do it.
SeaGlass