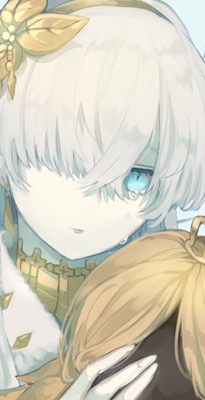 Coming from a faraway land and having lived in the palace for so long, she had to learn how to live by herself with no servants tending to her every need. Going with being independent for herself worked in her favor though she still had to learn how to get past how sheltered she was. With the stagecoach coming towards her way and stopping near her, she would get on.

x/y words || @tagged || job info/job sign-up || Appearance
Today was a bit of a slow day in the Knights hall. It was always a good day on a slow day and frankly, if these happened more often then soon enough there would be no need for the Rune Knights to be around... but sadly everyone know it wasn’t going to happen. Shifts continued on and off and with the General, it was no different that she had been in the same boat either. Today she’s spent all night playing catch up on paperwork, and since she of all people here we’re not human, sleep was an irrelevant she did for the luxury or if she worked herself too hard. Her spirits on the other hand were another story. While she didn’t keep many with her, they kinda rotated at their leisure on whom joined her on days just to help her out in small spots, usually over simple little things such as spelling checks and little social queues or reminders. Today’s day was her newer companion, Eliyares. The water spirit in her normal form, coiled ya like a water snake and rested until she heard the bunny girl getting up from her seat.

The spirit picked her head up and watched as the bunny girl took off her uniform, which only showed the casual attire she wore underneath and hung it up. ”Wanna go out for lunch, Eli? ” It was a simple thing, just a break before she dumped herself back into work, but as she shifted to her human like form, a mod came with it. No words, just the gesture. It was her usual, and she stopped bothering with trying to get her to speak. As the two made their way towards the doors, Gisen paused near the front doors, looking around. She thought she’d heard a sound, but in a moment to shrug it off, she pulled a hair tie from her wrist and held it in her mouth while grabbing up her hair. Trying to multi task, the elemental pushed the door open with her hips, pushing with only some of her weight less she topple over from pushing it open so quickly... or off the hinges once again. There, she saw a girl standing there, probably the one whom made the sound to begin with. Quickly, she grabbed the tie from her mouth and began to tie her hair into a ponytail so she could at least greet this stranger. ”Hey there. Did you just knock a moment ago? Are you lost or need help with anything?” She questioned her a little, probably just acting a little too pushy about it.

The door opened as another girl asked her if she knocked a moment ago and if Viktoriya was lost. She shhok her head. "I am not lost, but I was hoping if I could join the Rune Knights." She replied to the other girl with the dignity and grace of a lady. With the constraints of  her royal life not catching up to her, she rather liked the freedom it gave her with making newer friends.

Shane was visibly stressed when he walked out of his office, his usually well-combed blonde hair in a messy heap as he exited his shared office. He was biting half of what was originally a bagel in his mouth, his left hand holding a beige folder with the words “confidential” in large red font stamped on it while his eyes were focused on the piece of paper in his right hand. The man walked in large strides, head down as he moved about. Most of the Rune Knights in his way knew to get out of his way as they recognized the newly-appointed Captain.

It was this new appointment that had Shane stressed as he tried to get into the proper mental state of a Captain. He was fine carrying out solo operations or maybe with a partner, pulling off crazy stunts and all that, but asking him to lead other Rune Knights? The job at River Village had allowed him to prove to himself that he was able to act as a leader, but it had been civilians. This was official. Any wrong decision or order could end up with his subordinates losing their lives or worse.

That and the paperwork that came with it. He was reading one of the reports that his subordinates had submitted regarding the jobs they had taken, assessing their abilities.
Somehow, his legs brought him to the front door leading out of the building and barely stopped in time, or he would have bumped into General Ceostra and end up on the ground. The girl, despite her statue, was as solid as a fortress. Not that those particular words would come out of his mouth.

“Good afternoon, General Ceostra. Sorry I almost bumped into you. Wasn’t looking where I was going,” Shane said with a salute, the piece of paper moving up to his forehead along with his hand. When he spoke, the half-eaten bagel had dropped from his mouth and as his gaze followed the falling bagel, he froze for second. His eyes registered what he was wearing for a fraction of a second, and then remembering how strict the General was when it came to their dress code. At the moment, Shane was wearing a pair of black cargo pants, dark brown combat boots, and a dark blue T-shirt.

x/y words || @tagged || job info/job sign-up || Appearance
A delighted smile crossed the bunny girl’s face hearing this young looking girl reply to her. She was polite, cute as a button, and if she’d come her of her own volition as her thought had come to be, then she was eager and it was just what she’d hope for in a new recruit! Taking the hair tie from her mouth, the smile she had started to make would show much better while she wrapped it around her hair and finishing up with a small tug on the ponytail, tightening it enough to call it satisfactory. Now she could be fully tentative to the girl before her while the water spirit quietly allowed her companion to do the talking. To Eliyares, the girl looking to join was awfully young looking, but generations have proven that appearances weren’t anything compared to before. Her prime example was the general herself. ”Well I’m glad to hear that! I don’t see any reason to turn down a new, but do have a couple questions for you once we-” She paused suddenly.

The sound of a thud had stopped her mid sentence and her body had a slight jerk just before. She didn’t really feel anything, but that was natural being that she was essentially just a living rock. She turned around and noticed the door to the hall opened up right into her back, but as a couple recruits paid no mind to the girl standing there, they continued their conversation like normal and went about their way. Shrugging it off, she had paused once more before even starting to begin as the little wiggle of her tail started up as she spotted Shane halt right before bumping into the elemental. Gisen gave a bit of a puzzled look over her fellow Knight for his apologizing, then giving him a open palmed smack of her hand. It would knock him over if he wasn’t set in his foot steps, but that was just her not minding her own strength as usual. ”That’s no big deal. And congrats once again on your promotion. I haven’t really had much of a chance to tell you before n-” Once her eyes had a chance to look over Shane for a good moment, her hands say on her hips and gave him a bit of a glare. ”Hoe many times have I told you about wearing uniform on the clock?”

Taking a moment, she just raised her arms up in a shrug and simply sighed, her head shaking lightly. ”Forget it. I’ll make sure to take care of it later... for now~” She would spin back towards the new girl, quite literally even and bounced back to a bit of a happy smile. ”I didn’t mean to forget your question. I’m Gisen Ceostra, General of the combat corps! And this by chance just happens to be my second in command, Shane Stern! If you want, we can show you around or just simply go to my office and we can discuss any concerns or questions.”

”And your lunch?”
”Nah, ill worry about that later. I have plenty of carrots to munch on.”
”That’s the purpose of having gone to lunch... oh well.”