To Earthland and Beyond! [Charlotte] 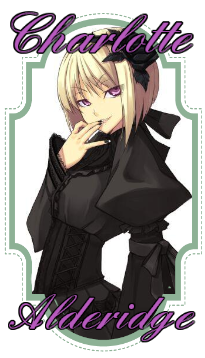 To Earthland and Beyond! [Charlotte]

Seeing the townspeople swarming in front of the docks was not a pretty sight. No, it was a rather ugly one. It made Charlotte question her motives, why did she need a passport? Ugh. For her guild. It was annoying how so much was expected of her but money was her goal and this was the fastest and easiest way to get it. Being a mage had an unimaginable payout and Charlotte figured that if she kept up this work she could be retired in no time, sitting in the lap of luxury with her silver spoon just like when she lived with her parents. So with a determined prep in her step, she made her way to the line.

This determination took about three seconds of standing in the heat to fade away. Smelling the people around her sweating, hearing them talk about their lives. It was sickeningly boring. They talked about their vacation and how much fun they would have, though she'd never admit it Charlotte was a little bit jealous of the normal family. She had never been given a chance at a normal life but she refused to let these people and her past get in her way. She needed to get to the front and she happened to have a brilliant idea.

Immediately she burst into tears, several people in front of her turned and stared. "E-excuse me-" She heaved and huffed but no words would come out, crying made it difficult to speak. All a part of her master plan. After a few seconds, she managed to clear up though her face was still red and puffy from crying on command. "My mother... she's waiting for me in Bosco. I have to get there by tonight or I might not see her again! Please!" She begged and pleaded, wiping her eyes. She should have bowed! It was an amazing performance and immediately a few of the denizens began to cry for her! Stepping out of the way they let her walk forward and after a few more performances she was at the front of the line. Suckers.

Charlotte knew she had to prepare for the next step and quickly stole an orange marker, scribbling a make-shift fairy tail symbol on the back of her hand. Now she just had to trick the person who could potentially seal her fate. "Hello miss, I assume you are here for a passport?" The man at the table said, staring her down intensely. "Are you a traveler? A mage? Is this a trip for business or pleasure?" He was asking a lot of questions and luckily she had come with a plan. Striking a strange and preppy pose she had seen a Fairy Tail wizard make on Sorcerer Weekly, "Well I'm a Fairy Tail Mage! I've got to get this passport! It's for a job, I have to go stop some slave drivers!" It was all overly exaggerated and of course, in the most high pitched excited voice possible. In an instant, the man handed her the correct papers, she signed a few dotted lines, a picture was taken, and there was her passport.