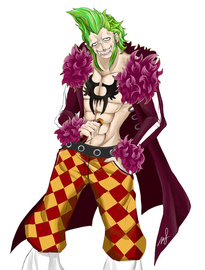 A disastrous duo, Victor and Ghobel, were on there way back to guild headquarters after there personal mission of obtaining a strange but important device. The device, which was currently solely used by Ghobel emitted several different noises, this was due to the green scaly gremlin playing and goofing around with it. “Hahah, Boss! Getting that free iLac was an amazing idea! Thanks for getting it for us!” Ecstatic wing flaps followed by a quick tail wagging was present as the gremlin thanked his neon green haired boss. “Heheh, of course Ghobs. This is just part of our master plan right? Speaking of master plan, what’s next on the agenda buddy?” The duo were leaving neutral ground and heading towards there guild base, east of Magnolia and south of Talonia. Rakshasa, the guild that the duo belonged to, was located in a jungle away from society. Which made sense, it was a dark guild filled with criminals and evildoers which complimented the disastrous duo. The trip from Neutral Ground to Rakshasa Headquarters wasn’t to distant, but the duo were traveling by foot meaning it would take them a bit longer than they wanted.

“BOSS! I have an idea, let’s get a passport so we can have fun outside of Fiore?” Ghobel shoved the emerald green iLac the duo recently obtained to Victor’s face, the screen displayed a page from Sorcerer’s Magazine. The page talked about being able to obtain a passport for free, to be able to travel all around the world outside of Fiore. The only places to obtain the free passport, as the magazine stated, was Hargeon Town and Rose Garden. “YOU GENIUS LIZARD!!! And Hargeon is on our way to HQ! Ok, pitstop time buddy!” The duo slightly changed there course, now moving towards Hargeon Town.

Hargeon Town was small compared to other places that the dup have been to but was still quite impressive nonetheless. The town appeared to be very busy from ships coming in for imports and exports to people coming in from other nations for some sightseeing. “Yo Ghobs change a bit since we’re going in.” Within seconds the the green scaly gremlin grew in size being the same height as Victor, his scales faded away and turned to a tanned human skin, and he grew neon green rocker hair. “Hey, hey, hey! Hows it goin hot stuff!” Victor gave the new Ghobel, which looked exactly like Victor, a smile and thumbs up. He then proceeded to slap the Victor-like Ghobel on his bottom. “Heheh, dang I look good.” The gremlin sighed, “Boss, can we get those passports now.” Victor grunted and agreed with the new and very attractive looking Ghobel.

The line appeared to be very long and filled with every dull looking individuals, probably due to the fact that only civilians, guildless, and legal guild wizards were the only people ‘allowed’ to get a passport. “Listen, buddy. Uhhh, I got us that iLac in that anti magic place right? So as the super team we are you have to, you must get us that passport! Hahah, I’m gonna go have some fun! Deal?” Ghobel nodded his Victor looking head, “Hahah, perfect answer buddy!” Victor scurried away the line and within seconds of leaving screaming was heard. People began to ran the opposite direction that Victor scurried off to, “AHHH, T-T-T-T-THERE WAs a deMOn doG tHING!!!” The line which was pretty long began to shorten as people began to leave due to the big commotion. The cause of it all, obviously enough, was Victor’s natural born magic he’s had ‘Lucifer’s Descendant’. This power of his allows him to summon two demons for a limited amount of time. Ghobel , who was still in line looking exactly like Victor, was able to quickly obtain get to the front to obtain the passport. The gremlin announced that Victor was Guidless, in order to obtain the papers. After answering several other questions, the Victor-looking gremlin was able to get the passport and leave the line and head towards the ruckus causing Victor’s direction. “HAHAH, The boss is gonna love me! Not as much as the fun he’s having now though.”
_____________________________________________________________________________________
Victor Cortez // Troublemaking Duo
« View previous topic · View next topic »