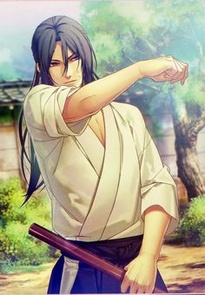 Ashiya still was not comfortable in the guild uniform, even after nearly a week. Today, however was an off day, and happened to be the first day of a major Midian festival. He had spent days preparing for this, learning what his guildmates enjoyed eating. The Guild Masters were surprisingly easy. They would eat almost anything, and had a major sweet tooth.

He woke at two in the morning, bathed, meditated, and enjoyed some hot tea before leaving his room and locking the door. He had convinced to cooks to not only leave the kitchen unlocked, but to stock it with everything he would need to prepare for the feast.

He smiled and nodded to the night guards, who were well aware of what he had planned, and agreed to keep the secret until he was ready. As soon as he entered the kitchen he began cleaning, making it sparkling and spotless in under an hour.

He then began preparing his ingredients, stocks, and roasts. Using his coherent lightning, he was able to not only gracefully move between stations, but work multiple at once. As the morning sun peaked, he slipped a plate of hot tea and onigiri to the guards, due to the sheer torment of the delicious smells that had been assaulting them for hours.

He held off on making any of the cold foods and deserts untill it grew later, instead putting the handful of cooks who showed up to work smashing and pounding out mochi and preparing doughs and so on. His every movement was expert and precise.


The smells that escaped the kitchens, and even the building were overwhelmingly delightful. The usually stoic young man held his warm smile even when fully concentrated on his favorite passtime.
Sivvy One of the two guild ambassadors was doing a thing so rare that anyone that knew her would scarcely believe it. Curled into a little ball at the center of her canopy bed, the rose-haired woman was fitfully sleeping under the covers. She left her window open so the cool sea air could drift in and the crashing of waves could perhaps soothe her. It was only by the utmost urgency that she attempted to sleep at all. If she hadn't fallen asleep while carrying her sizeable dinner the night before and dropped all over the mess hall floor, she might not have been trying to sleep now. There was nothing worse than ruined food, and the fact that the kitchen had no more to replace it made for a very sad, hungry Sivvy taking a nap.
As the breeze grew a bit more lively, it lifted and parted one of her canopy curtains, allowing the most heavenly scents into her nostrils. Even in uneasy sleep filled with nightmares, her dragon senses latched on to the cooking food in the mess hall. Sivvy's stomach rumbled loudly from within her lair. Suddenly her body uncurled and rose up like a zombie from a grave, shambling off the mattress and onto the floor. Moving autonomously, her slender body, clad only in an oversized white T-shirt that hung down to her thighs and undergarments, darted right out her door and followed the delicious wafting scent.
In mere moments Sivvy was padding barefoot into the mess hall. Her normally keen crimson eyes were only half open and seemingly unseeing. Her sniffing nose was her sight, putting her right at the doorway of the kitchen, where she stopped and stood hauntingly silently, sniffing while her stomach rumbled louder than a bear in a cave.
_____________________________________________________________________________________
❀Bank❀
❀Golden Lacrima until 8/17/2021❀ 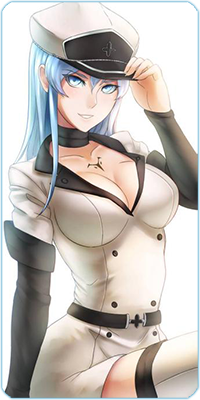 The piercing blade of Amalie's rapier slashed through the air at rapid speed, moving towards a terrifying behemoth of a creature with the intention of delivering a lethal blow. This demonic entity had a peculiar body, like the skull of a beast with a fleshy skinless back, a second smaller skull protruding from it's back, tubes attached from his back. Amalie did not look herself either, she had currently taken on the form of Angelus Vastitatem. Her skin was white as snow, her eyes glowed a demonic red, and two white horns protruding from her crown. Her long usually pale-blue hair was now white, and all the way down her front, her body was covered in strange glowing lesions. The beast dodged her attack, rolling to the side, it would spin to the left, opening its mouth. From which several carbon barrels extended from its maw. It would fire a giant blast of demonic energy.

Amalie's body would vanish, causing the giant burst of demonic energy to blast into the floor of the training grounds, scorching the earth them. She would reappear in an instant just above the beast. Falling from the sky, she brought her rapier down towards the base of the beasts apparent neck. And stopped a second before impact. She would hold the sword there before, slowly pulling back; she moved off of the beast. Stepping off lightly, she would drop to the ground. Turning towards the demonic beast. "Good work Belial, that'll do for today." She said although her tone was especially stoic in this form, she would show her appreciation by stroking the creature face softly. The monster would growl deep in it's through, unable to speak, somehow Amalie was able to tell, he appreciated it. She would reverse the effects of her takeover, allowing Anima's magic to seep away. Her body would slowly return to its previous form. Belial would also disappear, returning to the void in which he was kept when she was not in this form.

"He's grown quite attached to you." The voice of the fifth seal would echo through the air, she smirked, "He's not so bad, once you get used to him." She responded earnestly. When Anima had told her about the fallen angel linked to the Angelic hybrid form of hers, she had been curious and wanted to meet him. Admittedly, he was a hideous and terrifying beast, but there was a great sense of power that emanated from the beast, and the instate contractual connection that linked the two of them. She could sense his feelings, and he in kind, could sense hers. She had wanted to do some training with him to see how they fought together. Hence why she'd gotten up especially early this morning to spar with him, a means of making sure she could have the training grounds to herself. She didn't need one of her guildmates seeing Belial and attacking him by mistake. Not that the beast couldn't handle himself, but she figured it might be a difficult one to explain to Sivvy and Johann if her demonic pet accidentally incinerated someone in the guild.

Her intentions following her training had been to return to bed. However, all of that early-morning exercise had worked up quite an appetite. The takeovers certainly tended to take a physical toll on her afterwards. She made her way out of the Guildhall, moving towards the mess hall. Perhaps, she could grab something from the mess hall, if the kitchen staff were even up to this early, she wasn't exactly sure of which their schedules ran up to. The closer she got, however, she would begin to notice the distinct smell of freshly cooked food. It was a delightful aroma, even Amalie would find her mouth water a little from it. As she entered the hall, she would be seen to be wearing gym shorts, a black tank top and trainers, tying her hair back into a ponytail as a means to lift it off her face. She was a little sweaty after that training session, not enough to be concerned, anyone looking at her might have assumed she'd come in from a jog. She spotted Sivvy, standing by the entrance of the kitchen in nothing more than a t-shirt and underwear. Amalie blinked in surprise before approaching. "Sivvy? What's going on?" She said peeking around the doorway to take a look in. While Ashiya was still busy weaving a his dance of 'lets not burn this food!' and the cooks continued doing the secondary work that he needed to have done, Ashiya could not help but notice first the Guild Master with the roaring stomach, and second the girl he had not met before peeking into the kitchen. He was not surprised, it was hard for him to resist the smells too, though he had to test each dish as it came along so he was fairly full already. Thankfully the various scents covered up the smell of sweat coming from himself, the cooks, and the woman peeking into the kitchen.

Once he was certain he could take a minute, he redirected some of the cooks to watch the more sensitive dishes, and approached the pair with the grace of a jaguar. "Hello Sivvy!, And friend, i am afraid I do not yet have the pleasure of knowing your name. But, I see you have discovered my plans a bit earlier than I had anticipated."
« View previous topic · View next topic »