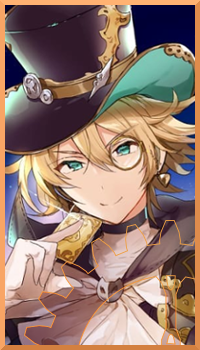 A beautiful day. It was steadily growing warmer and warmer. The streets were crowded with busy folks. Perry stealing a copy of newspapers from a street stand. The usual things. The newspapers were Perry's favoured way to stay updated with events that occured in the wide known lands. The young man sat down on a curb, a little bit away from the stand. Just in case the vendor would notice one newspaper missing. With a little smile he opened it and browsed the pages.

It had been a while since he had been in the Neutral Grounds. Since he held the local newspaper. He used to train his thieving skills in the city. Raw thieving skills, as the Neutral Grounds were encased in this strange magic silencing field. It made Perry value his own abilities that much more. One never knew when they would not be able or allowed to use their powers. As much as loved to trick people, Perry did not want to completely rely on them, either. It made sense in his head.

There were some articles on local celebrities, sports and whatnot. Just the usual. However, a litle something caught his eye in the section for advertisements. There seemed to be an ad for an item called iLac. A portable device powered by a lacrima crystal that allowed its owner to call an another iLac, provided they had the corresponding number and granted access to a plethora of other fun and useful applications. And they were giving it out for free. Kind of a bummer. Perry would've loved to actually steal it.

One had to visit the factory in the Neutral Grounds where the item was produced to receive it. The young man pondered for a bit, ultimately deciding that perhaps it could help him pass the time while travelling. The young man would rub his chin in thought, before abruptly standing up and briskly walking away. Away to the factory.

Thankfully, the factory employees were good at predicting that people would get lost along the way. That resulted in plentiful signs that pointed in the direction of the factory. Could that be one of those times when Perry decided to be like a normal person and not steal anything? He wanted to say yes, but he knew that his greedy little fingers would find something to discreetly add to his own collection.

The mage neared the factory. He could already see a bit of its frame, when he realised something. That it perhaps wasn't the best idea to just walk in as he was. His eyes glided over the people that he walked by, choosing one at random. Perry swerved into a nearby alleyway and after a brief shimmer he suddenly appeared as the desired person. A man in basic pants and a shirt with a bag on his back. Sadly, none of the people he saw were as stylish as he would have wanted them to be, but he would have to live with it for a bit.

There was a surprising amount of people who were at the entrance to the iLac factory. A lot of chatter and kids crying. It was certainly going to be an experience. Luckily for Perry, an employee came out just after he had arrived at the scene and he smuggled himself inside, along with the rest of the crowd. "Welcome, ladies and gentlemen to the iLac factory where we produce them and where you will receive one for free courtesy of us...." Perry yawned. Generic tour drivel that he didn't care for. The employee took the group around the numerous stations they had prepared for the tours. The mage was just hoping that it would end soon.

It felt like an eternity for Perry, until the tour finally reached the end of the modern-looking factory. "So, we are at the end of our tour. I thank you for your attention and cooperation. Please proceed further to receive your own iLac!" The employee would wave them goodbye and disappear. Perry stayed within the crowd and entered the room where the factory had stored the promotional iLacs. The mage reached out for a boxed iLac that was supposed to be dark blue in colour, if he were to believe the said box.

What the employee didn't say, however, was that the tour would have to pass through a shop with iLac accessories to exit the factory. Quite the sellout tactic, if Perry had to say himself. The people gradually filled the store. That was exactly what he had been waiting for. A veil of bodies to hide amongst. With quick glimpses around him, he reached out for a decorated iLac case and a backup lacrima crystal, in case something happened to the one that was already in the iLac. Before he left with his haul completely, Perry made sure to take grab a few codes for various applications that he was totally supposed to purchase. Nobody suspected a thing and the disguised thief left the scene of crime with a smile on his face.
ivyleaf33 of FTRP
_____________________________________________________________________________________ 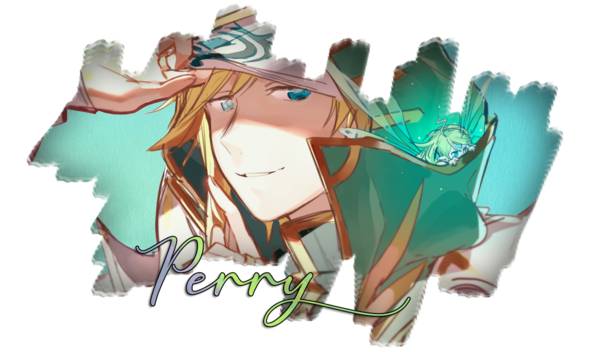