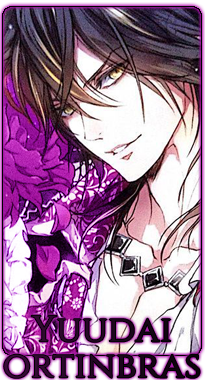 Yuudai rushed thru the woods going thru every shortcut he knew  as he quickl saw the walls of his village appearing before him, he had been summoned so quickly by his home village to help defend an incoming attack from invaders seeking to purge the monsters as they had heard. Yuudai himself was confused as to what warranted this attack. He knew his village well and while some people pissed him off he cared for everyone in the village and they were just trying to live. To the Hybrid they were no different then normal humans on the outside other then their beastly abilitys. So the sudden hostility was a  surprise to him. As he reached the gates the two Psi’s stopped him and he pushed past them.”now is not the time Whelps we need to get ready I saw the incoming forces “ he said as the two stopped growling and nodded to him as he walked thru the gates to straight to the elders.

He stepped into the home of the elders and he bowed low.”I am here honored elders.” He said as the elder male motioned for him to rise.”We are glad you are here your strength will be important for this fight” he said as  the hybrid nodded .”what brought this about most of the time we are left alone since we do not start fights with the outside world.” The giant hybrid asked as the elders shook their heads.”It seems they heard about our existence and became frightened of the power we have despite our peaceful ways” one of the female elders explained before another Werewolf approached.”They are here Elders!” he  said franticly as Yuudai bowed to them and headed out.”Ill deal with this” he explained as he  rushed out to the wall and with a mighty leap he caught some of the wall with his claws and use the momentum to get himself ontop of it as he saw the invading force of  150  paladins approaching and he saw many of the other men of the tribe beside him and he held up a hand to have them wait as one of the paladins approached.”you there giant Beast open the gates so we can cleanse the woods and world of this evil” they said as Yuudai along with the others growled loudly .

“Cleanse what evil?! We do nothing here but keep to ourselves  what evil have we committed we just desire to live” he declared as the paladin in question became outraged.”Foul vermin!  Our cause is just and our knowledge of your unholy blood  lets us know we are right” he declared as one of the troops suddenly fired an arrow straight at Yuudai only for it to bounce off fur that had been hardened into metal. “Fine you Idiots asked for it” he said before releasing a chilling howl into the air as the other warriors dropped as well. the moment that Yuudai jumped and landed before the paladin that had spoke  the air changed. As the hybrid stood to his full height the human suddenly relized his mistake before trying to swing at the giant, Yuudai caught the blade with  a metal coated hand before he bit the blade in two with and ate the metal before he suddenly roared at all of them provoking fear. He then brought his claws to the mans face and dragged down ripping  huge chunks of the mans face off and making him start to bleed out before the hybrid slammed the mans head into the ground so hard  caved in. as he brought it up he suddenly flung the body into the other paladins and rushed into the group as the other warriors were ripping into the troops.

Suddenly feeling  a few things bounce off his fur he saw that three paladins had managed to pull out silver daggers and were trying to stick him with them.”You know that wont work my furs metal you idiots” he said as he snatched one of the daggers before breaking said paladins arm  and he ate the blade as he pulls his Nodachi  Howling Wolf from his sheath on his back and suddenly swung thru all three of them cutting thru their armor like butter before they all  bled out on the ground  missing their legs. Yuudai glanced around and saw that the others who were fighting with him were quickly cutting thru many of the paladins fighting but then it happened Yuudai saw many of the warriors get caught from behind with enchanted blades and he felt his blood start boiling.he rushed forward and blocked a blade aimed at one of the Betas sons and he  saw them look at him surprised.”W..why we always treated you bad why would you defend us?” they asked before Yuudai shook his head.”Your still part of my home so I will protect you now go Im gonna end this so we can get the barrier up” he said as he slashed back at the group of paladins.

Yuudai rushed forward into the remaining number of Paladins and he brought his nodachi above his head to  use a spell to distract them he suddenly felt two blades manage to pierce into his stomach and he spit up blood before he brought his sword down into the ground and suddenly caused blades to erupt and grow becoming a huge forest of death as multiple paladins were trapped and many of them were impaled and hanging lifelessly from the metal branches including the ones that had stuck  Yuudai with their blades.  The Hybrid in question managed to pull the blades out of his stomach and moved thru the bladed forest and thru the gate as the blue runes appeared   and created a barrier around the whole village. The paladins  seeing the loss had decided to retreat and as the Hybrid entered the village again  he saw so many of his fellow warriors dead on the ground and  the elders approached him.”Yuudai go and get healed up you need to rest if not for that last attack we might not have managed to get our barrier up” the male elder said as the Hybrid  held his stomach and nodded.” This  was a sad waste of life we didn’t want this fight and they made us lose this many for what because they thought we were monsters?!” he said at the end almost yelling because he was furious at the ignorance of the paladins. While he didn’t say it this made the Hybrid more distrusting of people since if this could happen what could happen to his family  in here and on Tolgalen if they were found out. All Yuudai could do for now was lay down as the healers came offer and try not to move as they treated his wounds.

Spells used:
Name: Metal Gods Armored Fur
Rank: D
Type: Defensive
Duration: 3 posts
Cooldown: 4 posts
Description: Yuudai channel his magic thru his body before his fur takes on a metal like quality very close to Light Shadow Metal.because of this his fur is much stronger and is able to shrug off most blows and physical attacks. Despite how tough his fur becomes Yuudai is still able to move around and his fur can take 3 D rank spells or one C rank spell before it will revert to normal and he will be exposed again

Strengths:
-while it is visable this spell does not weigh Yuudai down that much.
-Yuudai is much harder to damage when he uses this and when combined with other attack magics makes him much more threating
-despite his fur looking like metal it is still organic meaning that it cannot be eaten

Weaknesses:
-this spell is visable which means that Yuudai cannot hide it and any opponent can guess what happened.
-with enough force the fur can be pierced and Yuudai can be harmed.
- lightning spells are attracted to Yuudai meaning he is a lightning rod
- while the armored fur does no weigh that much a much faster enemy can still get the jump on Yuudai

Description: Yuudai will point is blade downwards before stabbing the ground and causing rare and strong metal blades to erupt from the ground all around him. These blades will sprout like trees and will branch off causing enemys to become trapped and risk getting cut or impaled on the deadly branches. As they grow getting stuck with one causes half rank damage equal to the Yuudais rank but since the forest remains on the battlefield for a while any damage after that causes 25% rank damage equal to Yuudais rank. At D rank this spell as a Radius of 45 meters around Yuudai (90 at C 150 at B, 225 at A and 300 at S) and the blades grow at a speed of 30 m/s (65 at C 110 at B 165 at A rank and 225 at S rank)

Strengths:
-This ability covers a massive area and is very hard to dodge due to the blades erupting straight upwards and growing out like a real forest.
-because of the metals use to make the forest Yuudai is one of the few that can eat the blades to give himself a boost if need be.
- once the forest has grown it will remain for a while which can cut enemys off from each other and restrict movement lest one gets cut badly.