We haven't had an activity check in aaaages, so I'd like to get a better grasp on our guild at the moment so we can decide how to plan out any future events (it's almost time for the annual kahoot game!).

Please respond by filling out the form below by May 4th - if you are on hiatus or have any other reason to be inactive, please contact me or one of the aces. If you do not respond to both the activity check and you do not contact us, you will be considered an inactive member and subject to eventual removal from the guild group.

As a note, the post you provide should be from within the past month. I'm also using this to fill out the roster, which is why there are so many fields in the form. If you are already on the roster, only fill out the information not included in the roster.

Character Name: Nessa Cordelia Lux
Rank: X
Character App: Nessa Cordelia Lux
Magic App: Starlight Maiden
Description: Nessa is the Secretary and Treasurer of Fairy Tail, she is a warm and friendly girl with an accepting nature. She generally strives for good and aims to use her position as Saint of Purity to help the citizens of Earthland eradicate evil. She was raised in Fiore, and has spent her life growing up in Magnolia, although her roots due stem back to Bellum on her mother's side. Her main magical involves Starlight manipulation, where she can pull magic from the stays and use it however she wills. She is also a Valkyrie Summoner, meaning she can summon one of Odin's Valkyries to fight alongside her if need be. She really enjoys making friends and will generally be nice to everyone as long as they are not cruel or a bully.
Most Recent Post: Retrieving the Package.

Character Name: Rina Everglades
Rank: B
Character App: https://www.fairytail-rp.com/t30885-rina-everglades?highlight=Rina+Everglades#319408
Magic App: https://www.fairytail-rp.com/t32152-heaven-s-gardenheavenly-gs#324972
Description: After her father died, Rina almost completely lost her powers, as darkness began to spread through her. Her depression became stronger and stronger as time went by, causing her to lose her magic. However, she was sent a message from the goddess of the garden, that she needed to get stronger, because she had so many things left that she needed to do. So, she was blessed by the goddess, and was given her Heavenly God Slayer magic, or in this case, access to the power of the Heavenly Gardens. That was when Rina decided that it was time for her to step up and become ace of Fairytail. 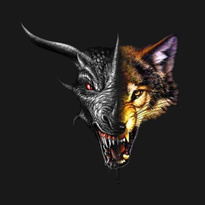 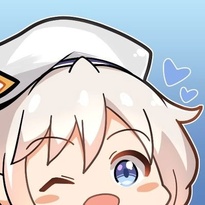 Character Name: Shennako silverwolf
Rank: C rank mage
Character App: https://www.fairytail-rp.com/t35315-shennako-silverwolf
Magic App: https://www.fairytail-rp.com/t35326-earth-make-creation-magic-updated
Description: shennako is a calm and relaxed person who rarely gets mad about stuff,being a down to earth person helps him see things in a realistic way and looking at things as they truly are. Tho his name is shennako he likes to be called shen for short.

He is willing to go down fighting for his friends, regardless of how futile it might seem. He dose not get mad by mere words tho you diss his friends or his guild and shen will not forgive them easily. Shennako is a glutton when it comes to food if he sees it he wants to eat it but he never seems to gain weight. He considers himself a strong-willed and proud powerhouse fighter but he dose not like to brag about it instead he will show it when he is fighting.

When it comes to taking jobs shennako dose not have a preference as long as the job is not that of assasination cause he despises those kinds. He is rather oblivious, and doesn't pay much attention to his surroundings unless in battle, and to top that off he thinks his self a lady killer but how the lady's think of him well he might not ever know.

In battle: once he enters battle it's like he is a completely different person,he enters a state of battle rage where he tries to beat the hell out of his opponent by showing no mercy. Shens love of fighting has allowed him to develop a rather strategic mind, helping him to find weaknesses in his opponent's techniques, or simply weaknesses his opponents themselves possess. Even tho he is in a battle rage he can still keep his wits about him so he dose not recklessly use up his magic power and pass out.
Most Recent Post:https://www.fairytail-rp.com/t37751-library-of-magic-a-new-magic-unleashed#367932

Pss: if your wondering why the magic is in wip its cause im in the middle of getting it updated.
Zachary-Sirius

Character Name: Ghost Century Gates
Rank: C
Character App: https://www.fairytail-rp.com/t35439-ghost-century-gates
Magic App: Getting Reworked... But it will be done in giving TIME. >.>
Description: A brief description of the most fairy powerful mage to control time you say (*Strike Pose*). For starters, I  defeated a giant demon by myself(*Strike Big Pose*) this have gained me my respect in the wizard council(*Strike Even Bigger Post*). But before that, I took on an entire guild of dark wizards and saved a mayor from death. and gain even more respect and a tv show in the works >.>(**Strikes Amazing pose*). I was even sent on a mission to take down a wizard. A wizard who had a spell so powerful it was set to cause sickness to spread throughout the entire country. But seeing he had no other option he sacrificed himself (*Strikes Super Pose*). Yet the ever oasis would have it for him not to die. This mission was to promote him to his next rank. He was hand pick by the Guild Master herself. Ghost lived as you all can see. But with all that magic greatness to his name. He was still denied his place upon the top rising stars of the wizarding world. Could it be lack of friends maybe or the fact that he punched a kid or he might have destroyed half a town or that he punched a rune knight idk it was a blur>.> HOWEVER (*Strikes Super Sad pose over a cliff as the wind blows over the glass as he looks towards the sunset*). But still, Ghost just balling with his J's on and will prove himself. But seriously you all the magic council will see my greatness believe me. (*Flies Off To Fairy Hills*)

All in all, Ghost is a fun loving person and a bit of a weirdo. Easily seeing the world as fish flying and birds swimming. He would even mistake people for others despite them telling him otherwise. Most people think that Ghost is a mere preteen but the fairy is well over 200+ years of age. The kid is never really without a smile unless his food is gone (*Strike pose*).