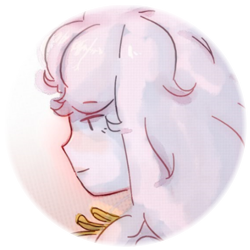 Charlotte † White Witch † Rank A
Era, a city that served as a capital of Fiore away from the actual capital of Fiore. The place where magic council resided, overlooking the quaint town around it from the top of its hill, quite literally. Those who did not live directly in the city often came here only for that, business with the council. However, Charlotte was here for a slightly different reason. Though if her goals were to be twisted ever so slightly, then it could probably be said that she was here for the council as well, only indirectly. No, she was looking for the Headquarters of Rune Knights.

And organization serving directly under the Council, as far as the girl knew. They were the protectors of the magical world where regular city guards and law enforcement could not quite intervene. She recalled that they were present here in the past as well, but ended up being pushed into a bit of obscurity as other actual guilds of mages gained more influence and power. However, they were making a comeback right now. And so the girl stood in front of the giant complex of buildings in front of her, audibly gulping as she tightened her two-handed grip on a small magazine in her embrace.

The Sorcerer's Magazine, it was how she actually learned of their re-emergence. A lot of events missed the poor child, as she had awoken in a hospital only a few weeks ago. When questioned by the doctors and other mages, it came to everyone’s realization that her memories were impaired. She could not remember almost anything outside of general details from her life up until now. Only the fact that there was a smudged tattoo on her hand, one that apparently indicated that she used to be part of a guild named Black Rose, though the guild itself was now gone as well.

Absence of this guild meant that Charlotte did not really belong anywhere. All of the adventures that she lived thought were all but forgotten, her home disappeared without a trace. Not a very pleasant situation to awaken into. Thankfully, she was given this magazine to occupy her time before she could be discharged from the medical facility. If Black Rose was gone, then perhaps she could try her luck with another organization? If anything remained from her past, it was her magical powers and a certain desire to help those in need.

After a few minutes a soft thud from a near by table broke the silence. "Ow....that hurt" grumbled a young man as he crawled out from underneath the table. "Is Stiletto gone?" Whispered Tam to the two other younger Rune Knights. "Haha yeah dude Stenson's gone" chuckled one of the younger Rune Knight. "Noiiiice I owe you two my dudes."  The young man grinned causing his sea green eyes to sparkle. The young man gave the two rune knights that covered for him each their own respective fist bumps. The young man then followed it up with two playful finger guns and a laugh. "Haha.... Tam you know you can't keep running away. Stenson is eventually gonna catch you eventually" sighed one of the Rune Knights.

"You'll never catch me alive coppers!" Tam scowled and fired off his finger guns again as he walked away from the two Rune knights. One final chuckle was shared by the three just before Tam turned around to see the new person that had just walked into the Rune Knight Headquarters. He looked at Charlotte and adjusted his glasses and combed his hair to the side to make it more neat. It was futile since his black wave hair came cascading back down like a waterfall. Tam's lips curled into a bright sunny smile.

"Heyo! Ya new? My name is.... well you heard my name... the name is Tamlin... Artorias Ryuusei Tamlin... but ya can just call me Tam...." Tam stood about six feet tall as he walked up to Charlotte. Tam gave Charlotte his signature lazy salute. The soles of his wooden sandals clopped on the floor as his feet lazily shuffled itself to bring Tam closer to the new Recruit. Tam got a closer look at Charlotte and noticed her interesting attire and the tattered up magazine she had in her hand.

"Oh whatcha readin?" Tam asked curiously as he lazily leaned on to the side of a nearby table. It was clear Tam was quite...in lack of a better term... Tam was very lax. His shirt was slightly wrinkled (not as bad as the first day he showed up) and his Rune Knight Coat hung from his shoulders like some sort of improvised cape. A tattered up rucksack was slung on his shoulder as he adjusted it to a more comfortable. "Oh shoot...where are my manners..." Tam extended his left hand for a hand shake. On his wrist was a blue hand made bracelet that was clearly worn out but well taken care of.

xxx words || @Tamlin @Charlotte || job info/job sign-up || wtf Tam
Headquarters had been noisy as it always was, but the mornings when Tamlin skipped out on his responsibilities or completely avoided correction and scoldings is when the building seemed to ring the loudest. Many people found it hilarious while others were mildly annoyed or confused, and this ratio of feelings seemed to change depending on the day. Today, however, Doppo was especially annoyed by it. He was never perturbed by the noise of the whole ordeal but by how often it occured. Contrary to what others might think, he was a real stickler for rules and following them, despite what his listlessness might portray. So recruits and fellow privates who showed such qualities were never safe from his quiet and subtle remarks.

Doppo's cubicle was located near the entrance of the building, but many of his superiors had considered relocating him deeper into headquarters since "a sleeping private isn't the image they want others to see when they first walk in." But the Rune Knights were growing rapidly and there was little space to be spared for things like this, so instead, he was given litanies of orders and tasks that required him to move around a lot, and today he was delivering portfolios and records of former criminals to several sergeants. It just so happened that he was about to cross paths with one of Tamlin's obnoxious and elaborate attempts to avoid working.

The messy-haired redhead approached the equally messy-haired Tamlin from behind, who grew over him by only a couple inches. His lazed and droopy blue eyes first noticed his completely inappropriate uniform—the sandals, the wrinkles in what parts of the uniform he did wear, and the chest piece being drawn over his shoulder like some lazy attempt at a makeshift cape—he looked like he tried to cosplay as a knight. Doppo stopped to examine this with a usually dull and entirely indifferent expression, the only thing marking any hint of emotion being the bulging, pulsating vein throbbing on his forehead's temple at the sight. If a stack of binders weren't occupying both of his arms at that moment, he would've knocked him upside his head hard enough to leave a mark but not enough to press charges. So instead, he lightly kicked the back of his knees in an attempt to make his leg buckle. For something so simple, it seemed to startle a lot of people and catch them off guard.

"Hey," he'd say with his usual monotonous undertones, his expression unchanging but the bulging vein startingly clear, "shouldn't you be training. . .?" Doppo peered up to Tamlin but noticed a figure smaller than them both just next to him. With a weak motion, he looked over to see a young woman—or girl. He couldn't really tell. She wasn't wearing a uniform, so she must've been here to report some sort of crime. He didn't really want to leave her in the hands of Tamlin or any of his equally fatuous coaterie but also didn't really like forgoing his tasks for things like this. With a protruding sigh, he continued to peer over to her, ". . .Do you need something, ma'am. . . ?"

Charlotte † White Witch † Rank A
Charlotte didn’t quite know what to expect once onside the Rune Knights headquarters. There was only a very idealistic image that she has associated with an organization of people who are supposed to be protecting the peace inside of the magical world. So when a bit of a chaotic mess appeared in front of her, she had no idea if she should be disheartened, or if she should have just expected this. It was not like everyone joining Rune Knights would be perfect. But at the same time… they had some form of rules around here, right? Right..?

That aside, at the very least, the girl was not ignored in this place. It might have taken a few moments, but one such source of commotion had approached her. To a young child who was nervous as is, the tall individual appeared as if he came out of nowhere, startling her ever so slightly as her eyes fixated straight at him, not daring to look an inch to the side. It was a shame that his rather outgoing demeanor did not help her relax all too much.

Slightly forcing the words out of herself, even Charlotte herself realized she needed to compose herself a bit. No one would be willing to accept a scaredy-cat like her into their ranks. Closing her eyes for a moment, she imagined all the nice and fluffy things in life, from velvet cake to magcats. When in doubt, her imagination would become her greatest ally. Once those pure white orbs of hers opened up again, however, she noticed the hand extended towards her. Nearly taking a step back, the girl stopped herself and gripped the magazine in only one of her hands to return the handshake.

Or at the very least, she tried to. Suddenly noticing another figure behind this Tamlin, it was as if she had felt some sort of bloodlust present, all hairs on her body standing straight up. Thankfully what followed could not be seen as much more than a small feud between coworkers. But then again, the red-haired male also sent a few of his words towards Char, so perhaps this could result in the end of the world yet.

“Y-yes, sir… sir Rune Knight… I was hoping… to ask about recruitment into the order. I… I would like to try to become one of the Rune Knights!”

Finally able to put that inner courage of hers out there, the girl took a firm stance with the last sentence, that shaky and meek voice growing just a tad bit more, getting bolder and more forceful. Few heads might have even turned around to see who it was that suddenly tried to shout. Thankfully, her voice was still not one that could be loud enough to deafen the entire headquarters even if she tried. Still, she quickly realized how silly she must have sounded, her face turning red as a tomato in an instant as she gripped in her dress in an attempt to force those feelings of total embarrassment back inside of her, mostly unsuccessfully.
Word Count: 526
Charlotte's Attire
OOC: Sorry if anything in the post doesn't make sense, I need to stop writing before going to bed...
_____________________________________________________________________________________