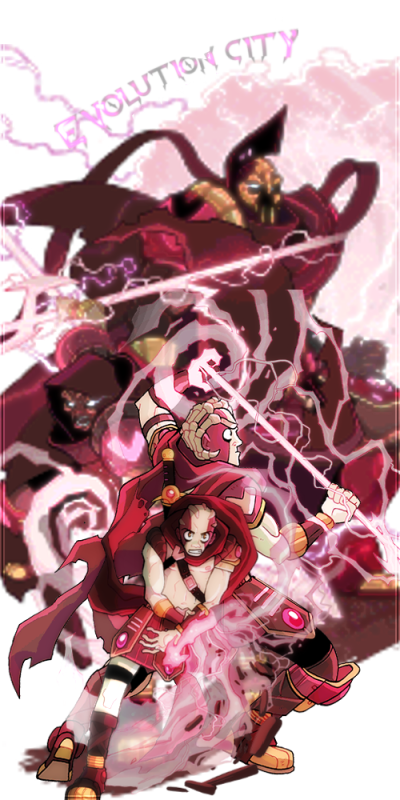 Welcome to a New Era of Powers!

A hundred years ago, the first Power Holders were born, causing a wide-spread panic throughout the world. The balance of light and dark collided with a great fierceness for 50 years until the Superhero Foundation finally rose to power, bringing order and direction to Power Holders, and introducing the concept of true Superheros. For a while, the act of promoting the Powers of the young ones benefited everyone worldwide, even if it was only enough to have sufficient control to not cause harm.

With the introduction of SAFE Courses in schools worldwide, the storm of Power Holders in the recent years was benign, no different than any other Baby Boom. However, all good things have a dark side. While promoting a grand opportunity to help the world, bolstering the powers of the youth to become career Superheros, they have also by extension opened the path for a new breed of evil: Supervillains! Good intentions abused by the wicked, the Darkness now seeks to overpower the Light!

Which side will you protect?

Nowhere is the Power Holding population more dense than it is in Ruby City, sometimes called the "City of Evolution". A sprawling metropolis that dwarfs even the like of New York City and Tokyo, a vast proportion of Power Holders move in annually to get into the only SAFE Program in the world taught by the best of the best, A-Class Superheros, the ones that protect the world from threats to all of mankind! Alabaster High is the largest Secondary School in the world because of this, all manner of people from every walk of life gather there, hoping to become the next generation of the best!

Can you handle the challenge?

Site Features
--Create your own basic power which you can evolve from weak and nigh useless to something fit for protection of the world!
--A freeform roleplaying experience, the creative potential is limitless!
--Active and friendly staff, more than willing to help and roleplay!
--Easy to understand yet detailed systems, with no stats and very little math!
--Sprawling Modern City setting with more areas to roleplay in than you can shake a stick at!
--The world reacts to you: Anybody can affect the site plot, and events will be open for anyone who wants to join!
--Minimal word count! Great for people trying to ease their way into freeform roleplaying!
--Unique concept, you won't find an Superpowered Evolutionary Roleplay Experience anywhere else on the web!

So, what are you waiting for? Join now!