Proof of trade || Proof of Purchase 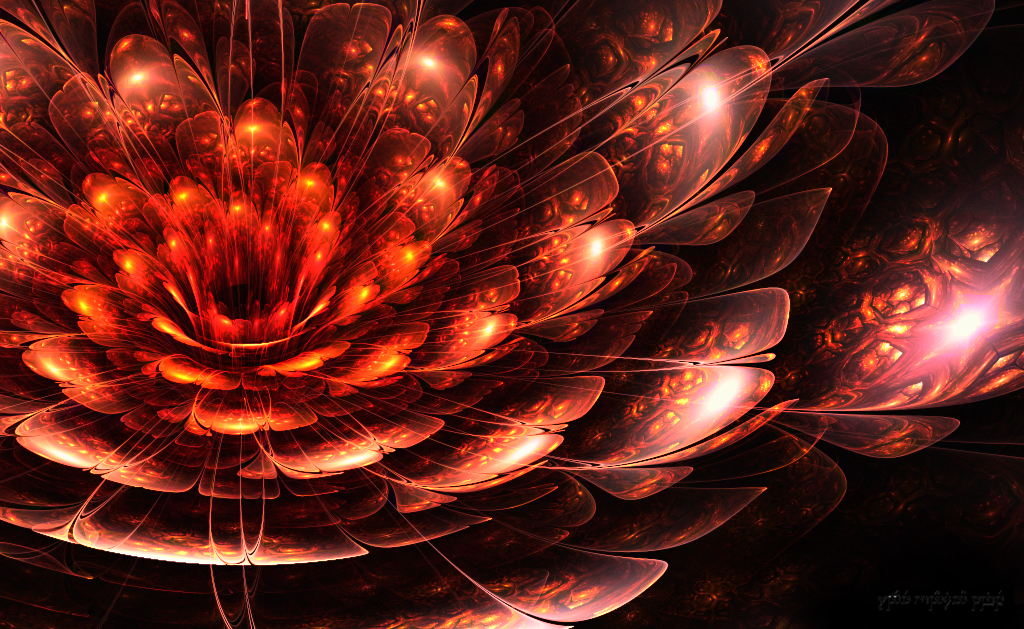 The magical world of Earthland boasts a vast selection of different magical creations and constructus, both man-made and natural. One such wonder was a spectral lotus, a rare flower capable of gathering magical energy within itself to attract certain ethernano seeking insects. And while something like that is certainly intriguing those that desire to study the flora of their world, mages would seek this lotus as well. For the ethernano inside of it could be manipulated by anyone with at least a little bit of magical talent. Any number of special effects could be formed this way. However, this specific piece has a little bit more to it than the rest.

Growing near an active volcano on one of the most fertile grounds, the lotus was capable of gathering even more magical power than normal. But one day, it was consumed by the flowing magma that would not stop in front of anything, consuming all. In the place of the once green and blue flower was instead left a piece of glass, still resembling what it once was. And even in this strange new state, the Fireglass Lotus still possesses couple magical abilities that can be used by anyone who can get hold of this item. Not to mention that it’s beauty might be even greater now than it ever was, the glass having a crimson red and orange tint to it which shines with a brilliant reflection of light. It’s big enough to fit into your palm and despite looking like a regular glass, fairly sturdy and capable of withstanding an unfortunate fall from one’s pocket.

Name: Flame Lotus barrier
Rank: Caps at S
Description: Normally, mage has to actually manipulate the ethernano within the Lotus flower in order to bring out it’s hidden potential. However, this specific ability grew quite powerful within the fireglass, now permanently active and aiding those who wield the magical item. An orange barrier in the shame of a lotus is formed around the mage’s body, only extending as far as one single meter away from them. Normally, it is completely invisible to the naked eye, but shows itself when a hostile creature gets close enough. When this happens, the barrier will burn a single target that tries to perform close-range attack on the mage for the mage’s melee damage. This deactivates the barrier for the post, as it activates again at the start of another one.


Name: Ember
Rank: Caps at S
Description: The essence of fire is hidden within the glass lotus and can be extended to anyone who dares to wield this magical item. Those with at least some magical talent can draw this extra power from the lotus and manifest it as flames around all of their attacks, be their of physical of magical nature. This flame will increase the damage of the mage’s attacks by 10%, but will grow by another 10% each rank until finally capping at extra 50% at S rank. However, this extra damage will always count under the element of fire and thus can potentially be less or more effective against certain types of enemies and their own elements. When this ability is active, the mage’s appearance is also slightly altered as their body and clothes will be adorned with searing embers that also fly through the air around them. Compared to the flames, this effect is purely aesthetical.